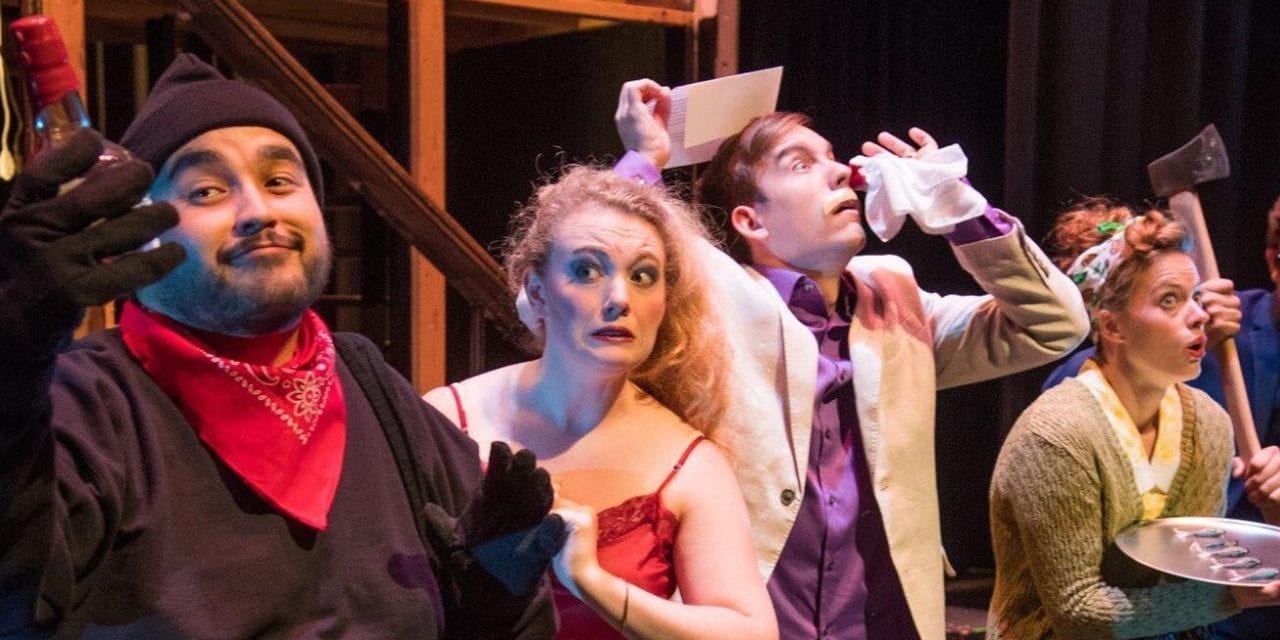 CEDAR CITY — Noises Off by Michael Frayn is hailed as one of the funniest farces ever written. Unfortunately, the production currently at the Neil Simon Festival did not live up to the hype. It’s an incredibly difficult play to pull off successfully and smoothly, and this one didn’t quite make it.

Noises Off is about a company of players putting on the fictional play Nothing On.  The first act is the dress rehearsal that isn’t going as well as it should.  For the second act, the entire set is turned around and the audience sees opening night from backstage. The third act is a later performance where everything has absolutely fallen apart.  The first two acts maintain an extremely high and unwavering level of energy that’s rather exhausting.  Everyone yells every word of their lines, even though everyone is wearing a mic. If the mics had been turned up it would have allowed for more nuance in the delivery of the dialogue.  In the third act there is finally some variance, and it’s quite nice because it created much more space for comedy. The show has two intermissions because they need to turn the set around, and they were both very long.  It made the play feel very drawn out.

The cast and the artistic staff definitely have the skill to successfully execute Noises Off, which makes the final product at the Neil Simon Festival more disappointing. Perhaps they didn’t put their focus in the right places or didn’t have enough time to rehearse.  This show requires double the rehearsal work to really pull it off well. Yet, the cast had wonderful chemistry and all seemed very comfortable together.  I can’t help but daydream about how successful and hilarious they would have been if they’d chosen a less complicated farce. They had such an awesome spark together as a group, it would have been nice to see them take on a story with more focus on relationships and plot and less on entrances and exits.  While Noises Off has plenty of opportunities to portray various relationships, they get buried in the copious mechanics of the play. It seems that perhaps the blocking was decided first and then the characters were fleshed out instead of the other way around.  Everyone was very good at coming and going when they should and being right on their marks, but the characters really suffered from neglect. The mechanics of the play were terribly impressive, and there was clearly a great deal of work put into making this show work.  Doing the same show three times in on production is quite the feat. 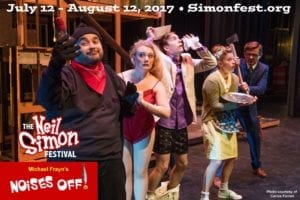 The tricky thing about a play within a play, is that you have actors playing characters playing characters.  The two characters should be distinguishable from each other, especially in a show like this where it switches back and forth between characters so rapidly.  However, only Holly Barrick (who played Dotty Otley playing Mrs. Clackett) managed to play two distinguishable characters: the famous elegant upper class prima donna actress, and the awkward forgetful lower class housekeeper character.   I couldn’t tell when anyone else was supposed to be in character or not.  This, combined with the chaos of the show, made both stories very difficult to follow.  Even though I essentially watched Nothing On three times, I still wasn’t sure what was happening.

There’s plenty of physical comedy in Noises Off: falling down stairs, nose bleeds, fainting, etc. So there’s plenty to laugh at if that’s your style of humor. I myself laughed a few times.  But there was a great deal of lost opportunity for other kinds of humor. The show got laughs from the audience, but it wasn’t the roaring guffaws and rolling in the aisles that the script deserves.  I think director TJ Penrod (who also played Lloyd Dallas, the director of Nothing On) would have done well to focus more on characterization and relationships and less on physical comedy. Plus, the show just needed more polish and elbow grease.  Additionally, another month of rehearsal would have really done the trick. If audiences are lucky, maybe the Neil Simon Festival will produce this show again next year with the same cast. It would be amazing.

The Neil Simon Festival production of Noises Off plays various dates at either 2 PM or 7:30 PM through August 12 at the Heritage Theater (105 North 100 East, Cedar City). Tickets are $10-25.  For more information, visit simonfest.org. 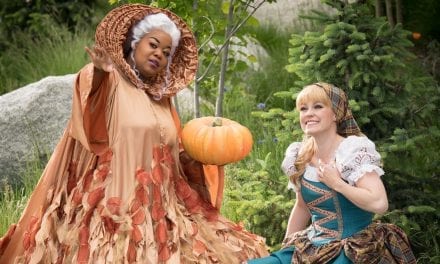 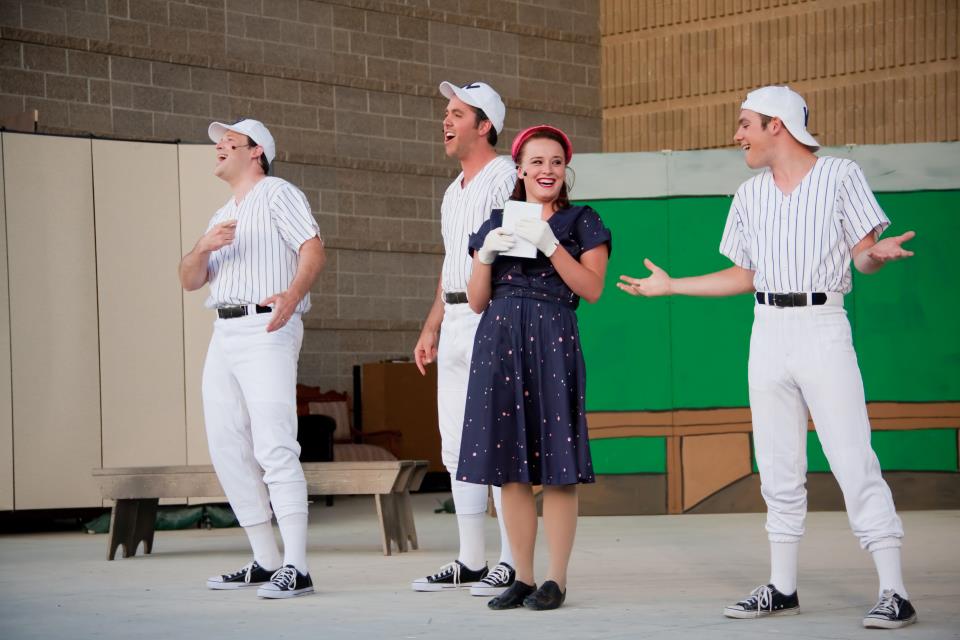 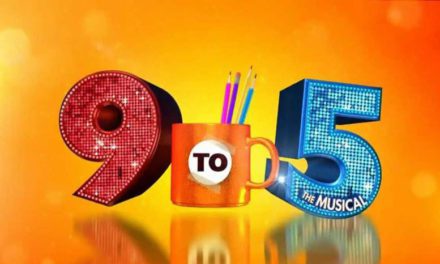