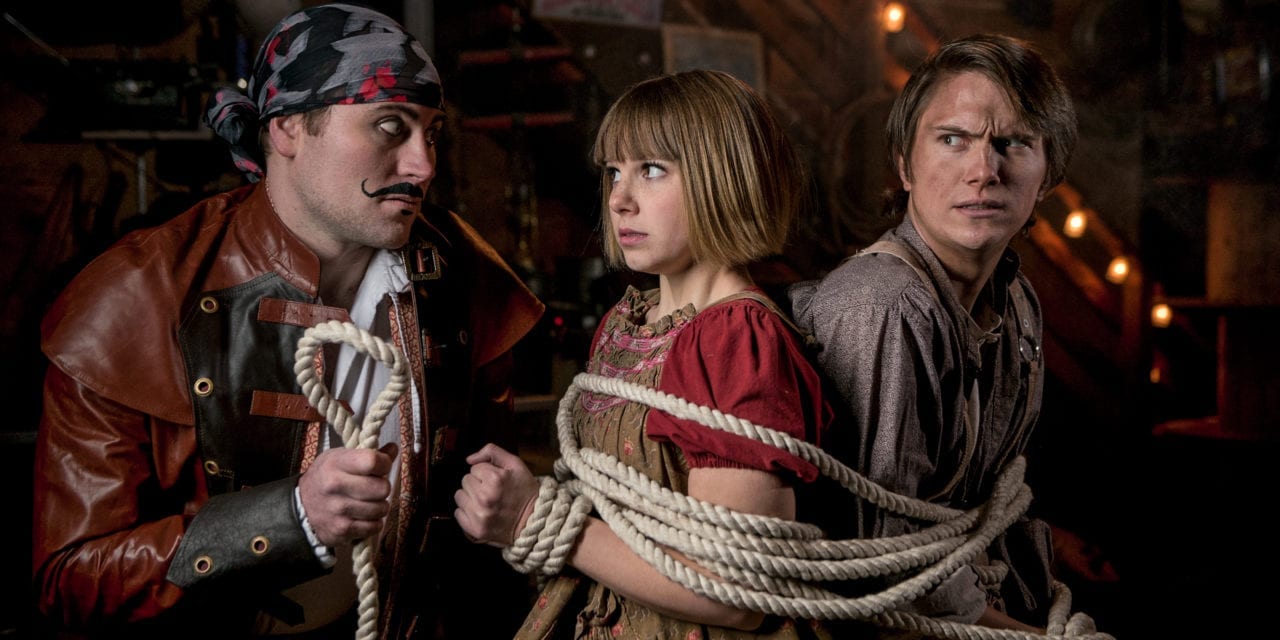 OREM – We all know the story of Peter Pan: J. M. Barrie’s boy who never grew up, instead leading a band of children on an eternity of adventures with pirates and fairies. What Barrie left out was how Peter got to Neverland and assembled his Lost Boys in the first place. Lucky for us, Dave Barry and Ridley Pearson have written a series of books to fill in the blanks, and playwright Rick Elice has adapted their Peter Pan origin story to the stage.

Hale Center Theater Orem brings the critically acclaimed Peter and the Starcatcher from Broadway to theater-in-the-round. The story begins with the introduction of two ships: The Wasp and The Neverland. They are represented on stage by cast members holding aloft realistic replicas of the two ships and maneuvering them in accordance with narration regarding their courses and crews (props by Linda Hale).

Among the passengers are Lord Leonard Aster (played by Jonathan Fifield) and his 13-year old daughter, Molly (Marissa Scout Lanham). This will be Molly’s first voyage without her father, as she’ll be traveling aboard The Neverland, while her father travels to the same destination via a more treacherous route on The Wasp. Both ships are carrying trunks: One is full of a valuable good called “starstuff,” and the other is a decoy trunk full of sand. The audience soon learns that starstuff is the dust of stars, fallen to the earth, and much coveted for its ability to grant whatever its owner wishes. Molly and Lord Aster are part of an elite undercover community called Starcatchers, and it is up to them to keep starstuff out of the wrong hands. The voyage is supposed to be straightforward: The ships will meet on the island of Rundoon where the starstuff will be thrown into a volcano. Unbeknownst to the Asters, though, the ships’ other passengers have plans of their own. The Wasp carries a band of pirates captained by the nefarious Black Stache (Benjamin J. Henderson), who plans to capture the ship and the starstuff onboard. The Netherland’s hull is full of orphans from England whose only goal is to escape their imprisonment before the ship reaches Rundoon and they are fed to the island chief’s pet snake. When Black Stache’s band of pirates get in the way of the Starcatchers’ mission, it is up to Molly and the orphans—one of whom calls himself Peter—to put things right. While the play had its flaws, the three lead roles of Black Stache, Molly, and Peter provided a stable framework for the rest of the action.

Lanham played Molly with convincing eagerness as an apprentice Starcatcher on her first solo mission. While she was anxious to make her father proud, she was also unjaded by experience and determined to do what was best for the orphans, even if it meant she got a little sidetracked. Tanner Gillman infused the character of “Boy”/Peter with all the intensity of a boy on the cusp of coming of age. It took a while for the boy to grow on me, as his early sullenness made him hard to relate to. But the arc Gillman gave the role made his early moodiness understandable and even brought new light to the character of Peter Pan. Black Stache was easily my favorite character in the show. Henderson played the role with a whimsical flourish, as Black Stache delighted in the dastardly and managed to charm even his foes. Black Stache has a penchant for poetry and tends toward malapropisms, and Henderson delivered his lines with just the right cadence to capture their humor while still moving his character forward. Henderson shone particularly in contrast with some areas of the play where jokes didn’t quite hit home (directed by Roger Sorensen). While the play was fast-paced and generally stayed on track, it lacked the crispness of execution that would have made the visual and verbal humor shine. For example, Mrs. Bumbrake (David Smith) spoke almost entirely in alliteration, but the humorous speech pattern was often lost in execution. Additionally, in a scene where Molly explored the ship in search of her orphan comrades, some of the physical humor was lost in pantomime that was sometimes a bit sloppy or otherwise difficult to decipher as it was more suited to a more traditional proscenium stage than to theater in the round.

Aside from these shortcomings, the show was technically well-executed. For the most part, the small space worked well, as the play is designed with a bare-bones set where location is improvised through props that play with the audience’s imagination. Lighting (designed by Cody Swenson) was used effectively to direct attention to certain parts of the stage and to communicate the setting. And the sound design (by Andy Keele and Cole McClure) was flawless for both spoken lines and musical numbers. While not technically a musical, the play has several musical numbers that showcase the ensemble’s talent and help set the emotional tenor within the story arc (music by Wayne Barker). The song “Swim On” at the end of Act 1 perfectly highlighted the high stakes of Peter and Molly’s enterprise. And the song “Mermaid Outta Me” set the stage for silliness and humor that would characterize the second act. In each number, the casts’s vocals were well blended, and the choreography accomplished just was it was meant to, whether for humor or dramatics (music director Justin Bills, choreographer by Nathan Balser).

The costumes in the second act were among my favorite parts of the production. While several characters wore what you’d expect (ragged 19th century attire for the orphans, and a pirate’s outfit for Black Stache), the mermaids and islanders wore delightful costumes made intricately from various cooking implements, on account of the islander chief (Bradley Mackay) having once been enslaved as a pasta chef. I loved the attention to detail and visual humor exhibited in these costumes (costumes by MaryAnn Hill and Madi Minor).

More than anything, Hale Center Theater Orem’s production of Peter and the Starcatcher was fun. Like Peter Pan, it’s a play for children. Any intensity is balanced with childlike silliness. The script itself is jam packed with adventure and good humor. So packed, in fact, that I thoroughly enjoyed this production, even if it didn’t quite reach the script’s full potential.

Peter and the Starcatcher plays at the Hale Center Theater Orem, Monday through Saturdays, February 16 through April 8, with evening performances at 7:30 PM and Saturday matinees at 3 PM. Tickets are $18-$24, and available online at www.haletheater.org. 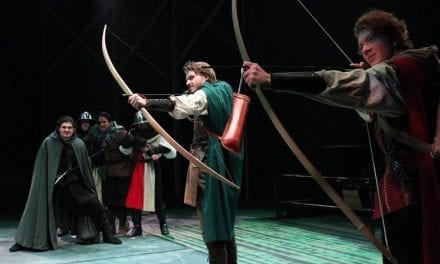 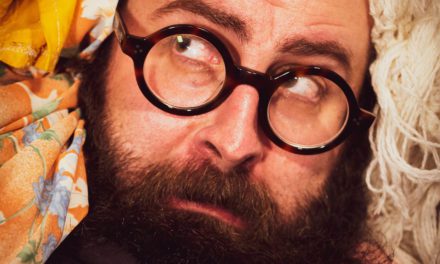