SALT LAKE CITY — I have never seen a Grassroots Shakespeare Company show that I didn’t like, but Romeo and Juliet was one of the best I’ve seen yet. Not only was this show good, it was the first time I’ve even enjoyed Romeo and Juliet. Usually, I can’t help getting irritated with Shakespeare‘s adolescent couple taking their infatuation so seriously and the adults who fail to enforce appropriate boundaries for their children. But Grassroots Shakespeare Company’s skilled cast presented such a perfect blend of drama, comedy, and tragic human frailty that the production completely won me over.

Grassroots Shakespeare is an original practice company, which means they do their darnedest to replicate the conditions of Shakespeare’s own theater troupe: no director, minimal rehearsal time, self-created costumes, and an empty stage. This might sound like a recipe for disaster, but I have seen firsthand how their leaderless productions become collaborations in which the entire cast artfully direct each other. With an entire cast full of attentive directors, no characters are overlooked and no lines are left unpolished.

Kyle Oram played Romeo with adolescent melodrama as the heartsick, fickle lover who first swoons for Rosaline and then in an instant transfers all his hormonal affections to Juliet. Aubrey Wilde’s Juliet was absolutely charming, as her initial coquettishness gave way to infatuation. The couple’s naivety and giddiness were just humorous enough to be endearing rather than saccharine.

Supporting actors were a pleasure to watch without distracting from the momentum of the story. For example, Trevor Downs-Robertson played an enthusiastic Mercutio, flirting with audience members and sword fighting with comedic flourish, but still interacting earnestly with Romeo and other characters so that their bonds felt natural. As Juliet’s nurse, Daniel Fenton Anderson mingled doting affection with coyness and maternal wisdom in a role that was as endearing as it was hilarious. Davey Morrison Dillard played Romeo’s rival, Paris, with a humorous lisp that called attention to the humor in his lines rather than distracting from the wit already in Shakespeare’s dialogue.

As a company that encourages audience participation, Grassroots Shakespeare’s actors are all gifted at improvising based on audience input and coping with hecklers. The evening I attended Romeo and Juliet, a few individuals in attendance seemed to believe they were wittier than Shakespeare, as they refused to shut their big fat mouths and incessantly shouted advice to the adolescent lovers throughout the show. I was impressed with the actors’ fortitude as they went on with the show, responding with good humor to the audience participation without betraying a hint of annoyance at the discourtesy of the tenacious hecklers

The genius of Grassroots Shakespeare Company is their ability to make Shakespeare’s classics feel fresh and original anew without resorting to gimmicks or condescending to audience members. I walked into the production with my fingers crossed that I would not be witnessing yet another tired regurgitation of the archetypal star-crossed lovers, and Grassroots Shakespeare Company delivered. Their production of Romeo and Juliet was exciting and sweet and funny all at once, which believe is just what Shakespeare intended.

The Grassroots Shakespeare Company production of Romeo and Juliet closed on February 14. For more information about Grassroots productions, visit www.GrassrootsShakespeare.com. 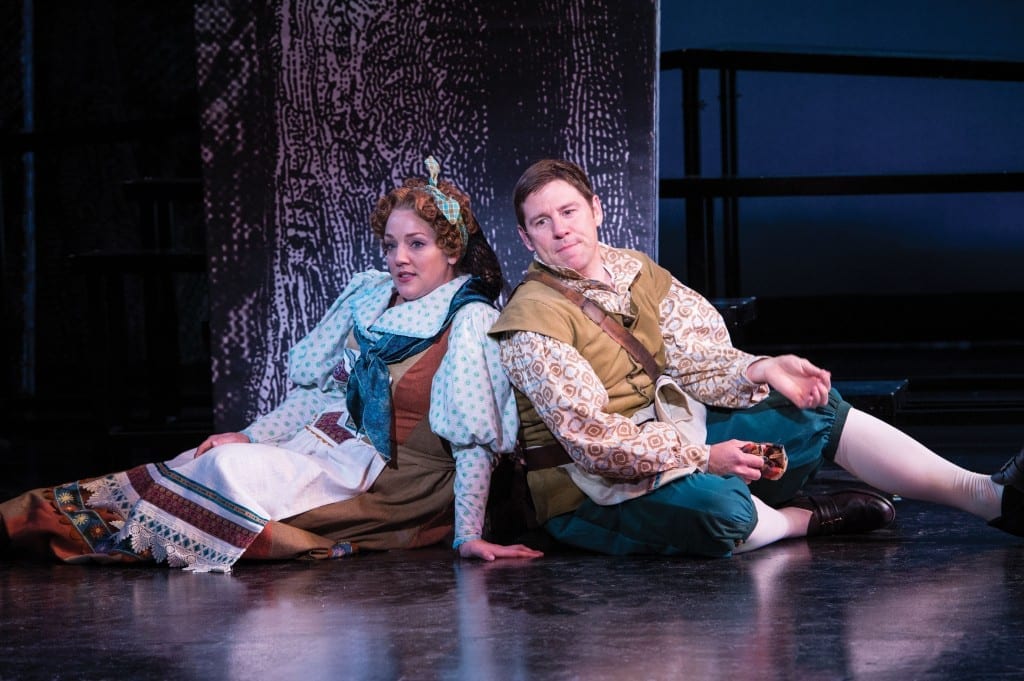 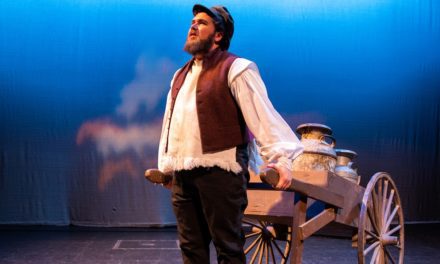 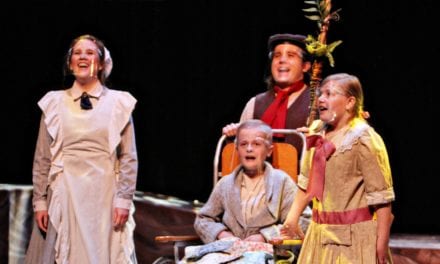