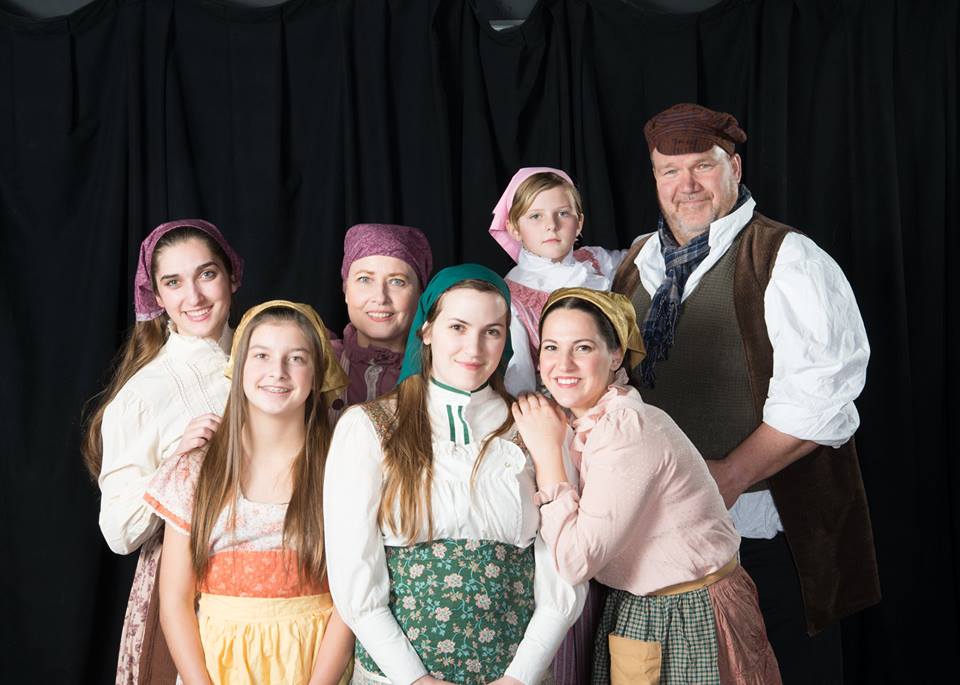 OGDEN — The popular musical Fiddler on the Roof has been done in many professional, semi-professional, community, and school theaters in the 50 years since its debut on Broadway. The reason for this is quite simple. Though the tale is of a Russian Jewish family in 1905, the morals that encompass the story are quite universal. Every family and every culture struggle with honoring the traditions that have shaped them as a people and balancing the changes and challenges that come up as life progresses in front of them. The script (by Joseph Stein), with music by Jerry Bock and lyrics by Sheldon Harnick) is full of beautiful symbolism of faith, family, learning to adjust, and the pain, sorrow, and joy that society experiences while learning to accept change. In addition, the story’s setting allows audiences to remember the atrocities the human race is capable of placing upon each other when we focus on differences rather than content of character.

The Ziegfeld’s rendition of this classic provides an excellent evening of entertainment. As Danny Price  began to play the first strains on his fiddle, I could tell that the staging and concepts set forth by director Caleb Parry were in harmony with the rich traditions that this show has come to represent through the ages. The set was simple, yet well chosen and designed also by Caleb Parry. When Layne Wilden made his first appearance as Tevye, and delivered the opening monologue regarding the Fiddler on the Roof, his demeanor and stage presence were already impressive. Throughout the show, Wilden delivered commanding and amazing performances, including a rendition of “If I were a Rich Man” that had the entire audience cheering. The role of Tevye is complicated, because it is he who goes through the most change as a character and helps the audience understand the dichotomy between the love of tradition and the love of family. Wilden’s monologues became progressively emotional as he made more and more difficult decisions regarding tradition and family and were some of the best scenes I have witnessed. All of the main players in the show deserve recognition. As far as stand outs go, the role of Golde was masterfully played by Carolyn Stevens. Stevens showed a great deal of comedic timing as well as dramatic flair. I really enjoyed her interactions with Yente, played by Alina Gatrell. The scenes where the two discuss the welfare and the matches for the daughters sound exactly as one would imagine such conversations would go. In addition, the chemistry between Stevens and Wilden in the number “Do You Love Me?” was enchanting. Each of the daughters was quite endearing in the popular number “Matchmaker, Matchmaker,” with a beautiful blend of voices as well as believable characterization.

I truly enjoyed the choreography by Kacee Neff. This musical provides the opportunity for, dare I say, traditional choreography that is a match to the music. Neff worked hard to ensure that the choreography did its job of complementing the story while entertaining the audience. This was strong during the wedding scene, the fabulously choreographed “To Life” number, and the opening number “Tradition.” The cast members all deserve praise for the way they flawlessly executed each of these numbers.

No production is perfect, but I confess the only real disappointment I faced was a glitch in the microphone system that left Motel, played by Daniel Pack, without amplification during one of my favorite numbers, “Miracle of Miracles.” Pack did a superb job projecting the best he could, however I hope this flaw will be fixed for subsequent performances, as it was difficult to hear the entire number.

On a final note, before the performance began, the main players of the Ziegfeld, executive producer Morgan Parry, producer Rick Rea, and director Caleb Parry took a moment to discuss the remodel to the theatre’s façade, as well as to share with the audience the story of how they acquired the theatre and brought a new playhouse to the city of Ogden. I was touched by Rick Rea’s statement that they wanted to provide a place where actors in Ogden could have a family, and a place to create art. As a creative team, they hoped that the audience could enjoy the art they created as much as those that created the art enjoyed becoming a family while working on the production. Much of theatre and performing arts is a labor of love, from the players, to the audience, to those of us who enjoy coming and critiquing. The Ziegfeld team also told about how they have a program to bring theatre into the Ogden inner city elementary schools, and that they offer a free preview night of their shows to junior high and high school students.

As an avid lover of the arts, I would like to pay homage to these programs and the love that this theatre is giving to its community. This is exactly what Utah Theatre Bloggers hopes to see: the growth and development of the Utah theatre community. The exciting thing about a show like Fiddler on the Roof is that not only is it one that everyone in the family can enjoy, but that it also brings up lessons and topics that families should be discussing together. I found the show highly entertaining and moving, and look forward to seeing the Ziegfeld continue to bring this caliber of production to the community.

Fiddler on the Roof plays Fridays and Saturdays February 6-March 7th at 7:30 pm, with Saturday Matinees at 2pm, at the Ziegfeld Theater (3934 S. Washington Blvd, Ogden). Tickets are $12-17. For more information see TheZiegfeldTheater.com 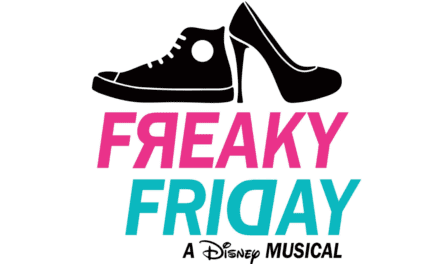