SOUTH SALT LAKE CITY — Despite its name, children’s theatre at its best is not just for kids. The accessibility of a good children’s theatre allows a show to be enjoyed by young and old alike, making theatre something that can be shared across generations. Such is the case at Utah Children’s Theatre with their current adaption (playwright uncredited) of C. S. Lewis’s The Lion, the Witch, and the Wardrobe. Set during WWII in England, The Lion, the Witch, and the Wardrobe is the story of Peter, Susan, Edmund, and Lucy—four siblings evacuated from London to live at a professor’s country estate. Soon after arriving, a simple game of exploration leads the youngest sibling, Lucy, into an ordinary-looking wardrobe with an extraordinary power, as it becomes a portal to the world of Narnia. The rest of the plot revolves around Narnia, a place where animals talk, magic is real, and children can be heroes.

Director Joanne M. Parker did a beautiful job of capturing the essence of magic in this show. Parker shaped the actors well and choreographed scenes in a way that reflected the tone of the current scene. Upon first entering Aslan’s court, for example, all of the animals are displayed majestically, as each presents itself to the children with the movements of their species. The deer leaps, the panthers crawl, the beavers wiggle, and the leopards gracefully prowl—an exciting and varied display. Another standout scene is the great battle, during which multiple sword and physical fights are taking place. Parker spread out the action across the stage so the individual fights were easy to spot but also felt a larger part of the war. Contrastingly, Edmund’s return to Aslan is a still and quiet scene of reconciliation and love. The peace of this scene was powerful, particularly as opposed to the chaos of sneak attacks and war.

The entire artistic staff’s efforts worked together to create an enchanting Narnia. Costume designer Christina Wilson had her hands full with the cast of over twenty-five distinct characters, but she rose to the challenge beautifully. The costumes were a perfect balance of fanciful and identifiable—from the icy yet elaborate clothing of the White Witch to the furs and colors of the various animals in Aslan’s court. A few of my favorite costumes of the night included Aslan’s golden furry outfit and glorious orange mane as well as the beautiful white, flowing attire of the Snow People. Each costume would have been incomplete without the makeup (also designed by Christina Wilson, I presume, as no separate makeup designer is listed). The animals in particular had on extremely involved face paint which made the characters come alive. The White Witch’s makeup took an interesting turn in particular as her face appeared to have ice crystals and frostbite on it—a chilling effect perfect for the villain.

The set and lighting design by James B. Parker also helped create a solid Narnia. In this production, whenever the children re-enter Narnia from the wardrobe, the same motif is repeated to set the scene: music plays as the Snow People dance onstage and create a world of “snow” through artistic movement and the rhythmic fanning of a large white sheet. The lighting dims and a projection of snow appears on the back of the stage—all signaling that this is now Narnia. This motif was effective particularly in this children’s theatre setting as it used repetition to show even the youngest audience members that the setting was changing to Narnia.

Of course, even with the best costumes and makeup and the coolest design, a play can’t succeed without good acting. Though the acting overall was impressive, I did have some difficulties with over-emphasized diction, particularly among the children. Parker’s choice to use children who were the same age as their characters was a risky one, and the gamble mostly paid off. The children all knew their lines well and were well-rehearsed, but I found that sometimes the younger actors were too rehearsed, to the point where each line fell flat and sounded oddly disconnected to the show itself. The over-done diction—a result I assume of helping the children sound more British—was another fault that distracted from the play. However, Kayla Siebeneck played a curious and energetic Lucy; Sophia Rhahaniotis gave Susan the mix of maturity and youth the character needs; and Luke Vayo was the perfect older brother and leader, Peter. Most notable among the youth was Tyler Miller as the moody Edmund, a character whose ups and downs can be difficult to portray. Miller played Edmund believably and made the character relatable and lovable—even in his rebellious moments.

Aslan, played by Matt Windham, was the dynamic, compassionate, and slightly scary hero the story requires. As Aslan, Windham goes from being docile and submissive, with a quiet but sad dignity, to entering triumphant and blaring shortly thereafter. Windham played all the levels of Aslan excellently.

My favorite comedic characters of the night were Mr. and Mrs. Beaver, as played by Bryson Dumas and Jessica Wilson. Dumas and Wilson interacted well and both employed hilarious mannerisms—shaking whenever excited or scared, for instance. Such little ticks helped solidify the characters and create needed humor in a sometimes dark plot.

The head villain, the White Witch, was played by Brooke Wilkins. I was initially reticent about Wilkins’s portrayal, which I admit probably had a lot to do with Tilda Swinton’s remarkable and chilling character from the movie. But as the play progressed, Wilkins’s evil witch blossomed and became the horrible, frightening character she needs to be. Wilkins created a villain who could entrap with deception and charm and in another instant be a horrifyingly cruel witch.

Overall this production was exciting, and only got better as the show progressed. Moving from the ordinary world to a remarkable land of fantasy, The Lion, the Witch, and the Wardrobe is a rewarding and magical journey.

The Lion, the Witch, and the Wardrobe plays every Friday at 7 PM and Saturday at 1 PM and 4:30 PM through January 17, with special performances on Monday, December 22 and Tuesday, December 23 at 7 PM and Wednesday, December 24 at 1 PM at the Utah Children’s Theatre (3605 South State Street, South Salt Lake City). Tickets are $10-14. For more information, visit uctheatre.org. 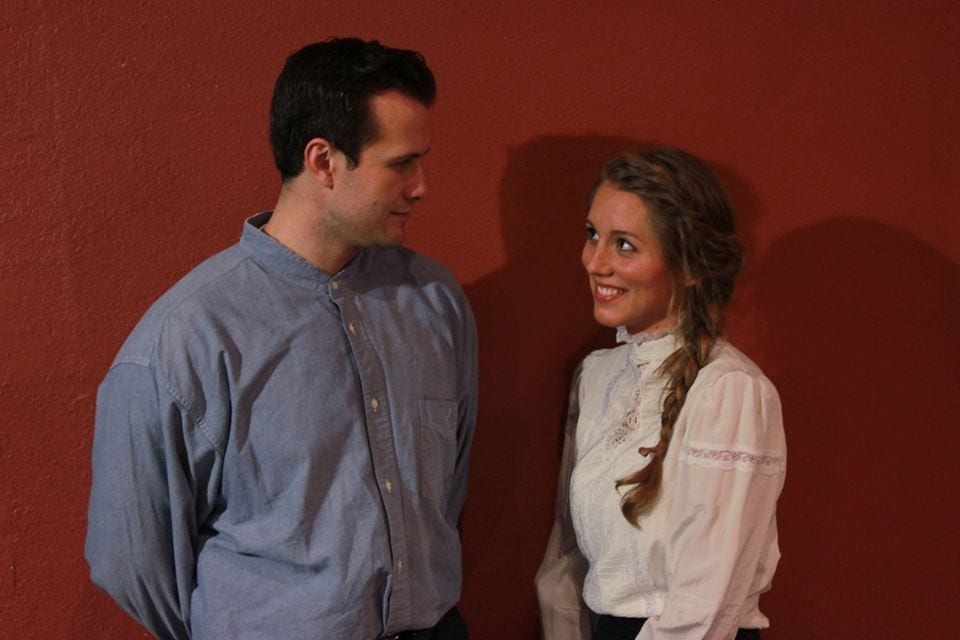 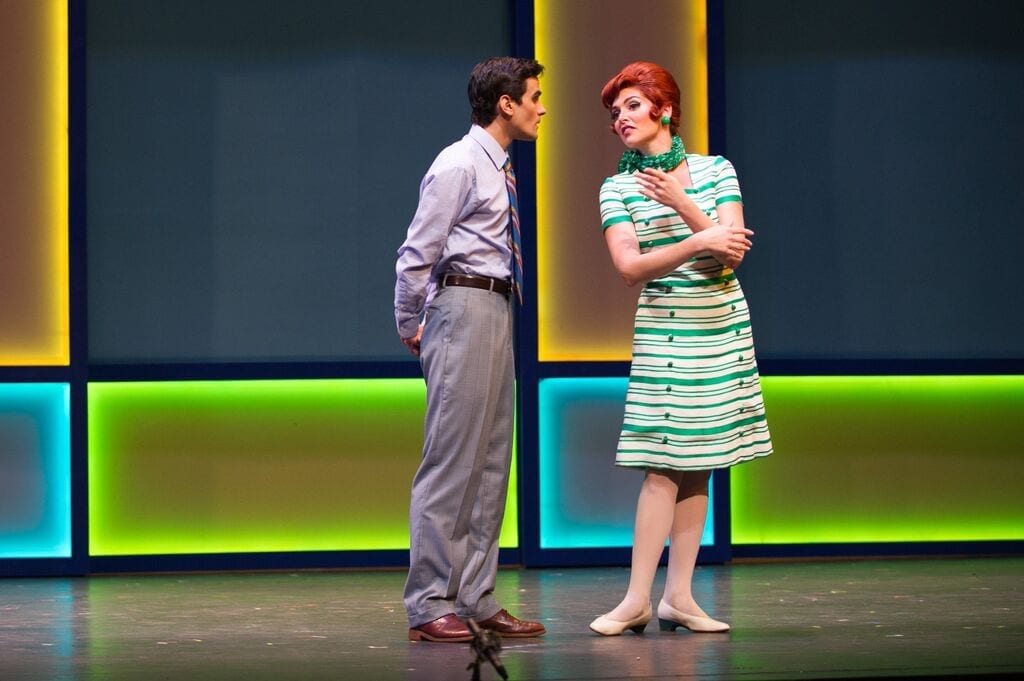