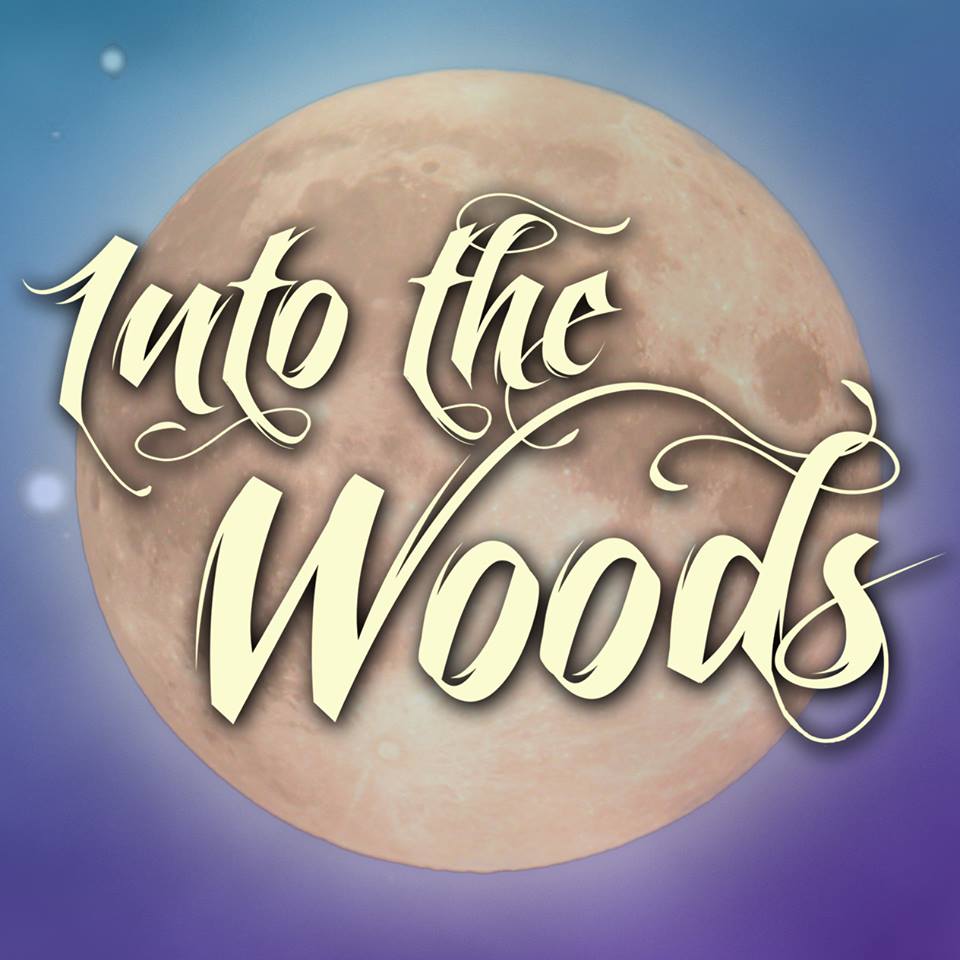 OGDEN — I’ve long felt like a poser in the theater world because (confession time) I’d never seen a Sondheim play. I know. Shameful. So it was with great anticipation I attended Stephen Sondheim’s Into the Woods at The Ziegfeld Theater.

For those unfamiliar with its plot, Into the Woods is a collection of fairy tales strung together with a distinctly Sondheim twist. The story is tied together by a childless baker and his wife who consult a witch to find a cure for their barrenness. The witch sends the couple into the woods in search of four rare objects, upon the receipt of which she will grant them their wish. Played by real-life husband and wife Caleb and Morgan Parry, the baker and wife had the vocal talent and visible rapport needed to guide the audience through Sondheim’s musical tour of the fairy tale world. Rachel Shull’s powerful vocals and dramatic versatility made the witch interesting instead of the kind of rote storybook villain who is evil for the sake of uncomplicated evil.

Along the way, the couple encounters Jack (of bean-stock fame), Cinderella, Little Red Ridinghood, and Rapunzel. Jack and his mother were each played to comic effect, as Nathan Vaughn’s wide-eyed naiveté contrasted Natalia Noble’s hot-tempered cynicism. Erica Choffel’s charismatic portrayal of Cinderalla easily won my sympathies. Hailey Weeks’s loud-mouthed impetuosity as Little Red Ridinghood always made me laugh. Kassy Winkler’s Rapunzel was melodramatic in the exact way you’d expect of a girl who’d only ever interacted with her emotionally abusive witch of a foster-mother. And the princes playing opposite Cinderella and Rapunzel (Aaron Ross and Daniel Pack) were every bit as pompous as they were charming.

Even the minor characters were impressively portrayed. Cinderella’s family (father Andrew Cole, stepmother Becky Cole, and stepsisters Breann Johnson and Amberle Stoffers) each delivered their own brand of narcissism. The three little pigs (Crystal Field, Kelly Wideman, and Caden Thomas) were hilariously choreographed (choreography by Rick Rea and Josh White) and charming in their double roles as Snow White, Sleeping Beauty, and the golden hen. Without uttering a word, Jack’s very apathetic cow (Chandler Ward) earned at least as many laughs as any other character. And Cameron Kapetanov dramatic appearances brought a flourish to rest of the action.

Director Rick Rea did everything right. The casting was perfect, the choreography was delightful, and the set was exactly what the play called for. Every note was on pitch with a rich, full sound that was pleasant to listen to. Every performer’s vocal quality and dramatic talent fit their role. I wouldn’t have changed a single performance in any way.

The set was simple: just a few paper trees to the sides and back of the stage, a lighted paper moon, and a path that rose across the back of the stage (Brandon Bills and Erica Choffel). Besides that, a few pieces of furniture were occasionally used to suggest a change of scene (props by Kelly Wideman). The paper moon and backdrop were beautifully lighted with changing intensity to suggest changes in time of day (Austin Stephenson, Chelsea Winters). Costumes (Derek Williamson) were eclectic, with modern and medieval articles mingled willy-nilly. Only the pompous princes stuck to their conventionally gaudy costumes. The animals’ costumes were fairly simple and allowed for humorous anthropomorphism: a loose golden vest for the golden hen, a strap-on udder for Jack’s cow, ears and noses for the three pigs. Makeup and prosthetics (Alina Gatrell and B. J. Whimpey) were used effectively to add to each character’s persona.

My only criticism of the entire play was audio balance (Austin Stephenson). Sometimes the backing audio overpowered the vocals. This meant some of Sondheim’s wit-packed lyrics were hard to understand, which was a bit disappointing. Overall, though, I’d recommend Ziefeld Theater’s Into the Woods to Sondheim novices and aficionados alike. The cast and crew delivered Sondheim’s mix of music and comedy, morality and consequences so engrossingly that the evening sped by. They left me excited both to see more Sondheim and to see whatever The Ziefeld Theater puts on next.

Into the Woods plays every Friday and Saturday at 7:30 PM through May 10, with additional 2:00 PM matinees on May 3 and 10,  at the Ziegfeld Theater (3934 South Washington Blvd., Ogden).  Tickets are $12-15. For more information, visit www.theziegfeldtheater.com. 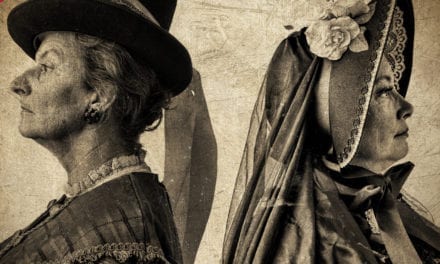 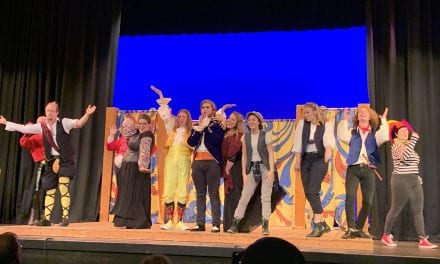 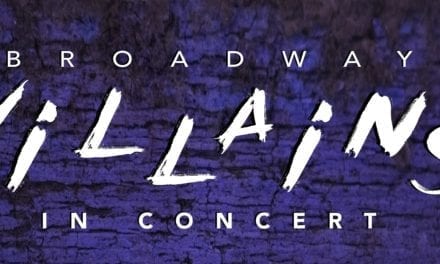