OREM — Bertolt Brecht sought to evoke social change with his plays, the content of which often broached political subjects. Brectht is best known today for what he called “epic theatre,” his provocative revision in the presentation of theater, which stripped performance of its usual tokens and replaced the art form with a daring call to audiences. No longer were people meant to watch theater in complacency, but the shows they watched served purpose to incite them to action. Theatre, Brecht believed, should instruct audiences and give them momentum to change the social climate of the world around them. Though overt strains of communism run through his work, the form of theater in itself is absolutely fascinating. The Caucasian Chalk Circle marks an exemplary specimen of the Brechtian epic theater to incite audiences to action.

The story of The Caucasian Chalk Circle is actually two stories: that of Grusha, a reluctant caretaker of an abandoned child, and Azdak, an impoverished man raised to higher status because of his wisdom. Both are told within the frame story of a (presumably) Soviet-era land where villagers contesting the notions of law versus justice. Why should the government be given their land, they question, when it is the villagers that have tenderly cared for the space? To answer this question, they put on a play. An uprising takes place in the fictional Grusinia, leading to the beheading of their governor. Distraught, his wife Natella flees the regime, leaving behind an infant son, Michael. The abandonment seems careless because Natella chooses to focus on which clothes she can bring with her, rather than the well-being of her baby. The maid Grusha stumbles upon the baby and, though eager to flee the city, is struck by pity and makes it her absolute mission to care for the child. She finds safety for the child in the mountains, sacrificing her own happiness for the safety of a child that isn’t even hers. When war subsides two years later, soldiers come and retrieve the child. Natella and Grusha appear in court, contesting custody of the child. Azdak, a rather unconventional judge, devises a test—the chalk circle—to determine which mother deserves custody of Michael. The parable ends with Azdak’s jurisdiction, which has direct application to the villagers’ land dispute.

Director Laurie Harrop-Purser created an absolutely beautiful piece of theater. Relevant elements of Brechtian theater created a dynamic viewing experienced that afforded for one of my favorite theatrical experiences to date. The nature of epic theater allows for both entertainment and instruction, and both happened frequently during the performance. I was impressed with the cast’s ability to tell a compelling story while maintaining an enjoyable sense of levity. The story of Grusha weighed, yes, and I felt pity for her circumstances, but the comedic circumstances of her misfortune made it bearable. However invested I was in her story, however, was quickly stripped away by those token elements of Brecht’s formula for storytelling. Emotional catharsis was never allowed, as the cast demonstrated excellent manipulation in knowing when to remind the audience that this was a play. The experience, in itself, is worth feeling. It is frustrating, and annoying, but it also serves to remind that this is a play, these are actors, and the story is just that—a story.

Use of physicality to determine characterisation was one of my favorite elements of the performance. Movement ranged from a precise militarization, to statuesque posturing, to animal imagery. Actors pantomimed props, became the scenery, and functioned as props  themselves to great effect. The cohesiveness of dedication in this physical performance was stunning, and the overall ensemble work one of my favorite facets of this performance. Synchronization and repetition of lines served dual purpose: equalizing the cast, and reverting the production to an overtly theatrical state.  The combination of grounded acting with a more stylized, heightened sense of storytelling created a jarring juxtaposition of emotion, and the entire cast handled this with a charismatic ease. I was particularly entranced by Maddy Forsyth’s performance as The Singer/Natella. She manipulated the energy of her performance and the space around her with a grace that was an absolute pleasure to watch. Moreover, her switch between The Singer and the Governor’s Wife was enjoyable, and she distinguished the characters well. I also appreciated the performance of Jon Liddiard as Azdak. His swagger and ease in communicating with the audience was fun to watch. Azdak is a difficult role to play because the character must maintain the integrity of his judicial design, but he also has a more crass, humorous side. I was impressed with Liddiard’s ability to allow for both in his portrayal.

Devin Neff as Grusha was one of my favorite performances of the evening. I imagine it would be difficult to act with a doll as a scene partner, but she pulled it off with a poise and grace that made her truly lamentable. And every ounce of emotion she poured into performance was rewarded with a heart-wrenching twist in the very end of the play, the adoration imposed onto the doll suddenly becoming very real and shocking. I also loved the portrayals of Ludovica (Ann Thomas), The Monk (Case Spaulding), and Jussup (Javiera Ybarra).

While these performances were all admirable, it is important to note that the ensemble as a whole was quite cohesive and had a compelling energy. There was no weak point, no performance that detracted from the show as a whole.  I would caution, however, there were a few instances of actors not being quite loud enough in the beginning scenes.

Technical aspects proved just as strong a component in The Caucasian Chalk Circle. I’ve been repeatedly impressed with UVU’s innovative use of the Noorda space, and this show was no exception. For example, the exposed light grid and an obviously raked stage lent to more overtly theatrical overtones. The set design (by Jason Sullivan) painted a beautifully grungy picture, with multiple levels and nuances (in Jussup’s bath, for example) giving the audience nothing short of a visual feast. The contemporary feeling of decay, undertoned with a Soviet-era palette, transformed the space. Integrated projections (by Matt Darden) heightened the theatricality of the performance and allowed for some clever execution of more difficult scenes. I enjoyed the lighting (by Zachary Lambson) and found the rock-concert feel of it to be uplifting to the piece in general. Moments, like the Fat Prince snapping and the lights immediately turning an indicative red, played to the Brechtian feel well.

Costuming (by Natasha Hoffman) proved one of my favorite technical facets of the evening. I liked that some of the pieces felt as though they’d been pulled from a trunk of costume pieces, while the foundational pieces were absolutely lovely. A dip-dyed effect on some, and some made to appear quite distinctly as “costumes” (like Simon’s coat) again reaffirmed the idea that this was a performance and should not be mistaken as real life. Some of the costume pieces were lovely—Grusha’s dress one of my personal favorites—and others built up an idea of extravagant materialism. The commentary exposed in costumes spoke volumes about the dichotomies presented in the play.

Certainly, The Caucasian Chalk Circle is very different from more conservative theater usually shown in Utah Valley. It asks questions prominent in the 1940’s, and the format is unusual to behold. As a practitioner and student of theatre, I found the experience enlightening and unique. As a performance, it was present and formalistic, and I loved every moment of it. The innovative use of theatricality, combined with a solid script made for an evening of theater I would happily repeat. Running time went a little long (clocked at two hours and forty minutes), but it was so compelling that I wanted the play to have kept going. The nature of the show was simultaneously frustrating and invigorating, and the questions it left with me still require answers. However, I would strongly encourage anyone with a curiosity in epic theater, or someone simply seeking exposure to something new to check this piece out. I was highly impressed with the cumulative talent, and left wanting more. The Caucasian Chalk Circle was definitely one of the better pieces of theater I have had the pleasure of seeing.

The Caucasian Chalk Circle plays nightly at 7:30 PM through February 1 and at 2 PM on February 1 at the Noorda Theatre on the campus of Utah Valley University. Tickets are $8-12. For more information, visit www.uvu.edu/theatre/. 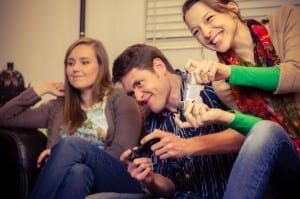 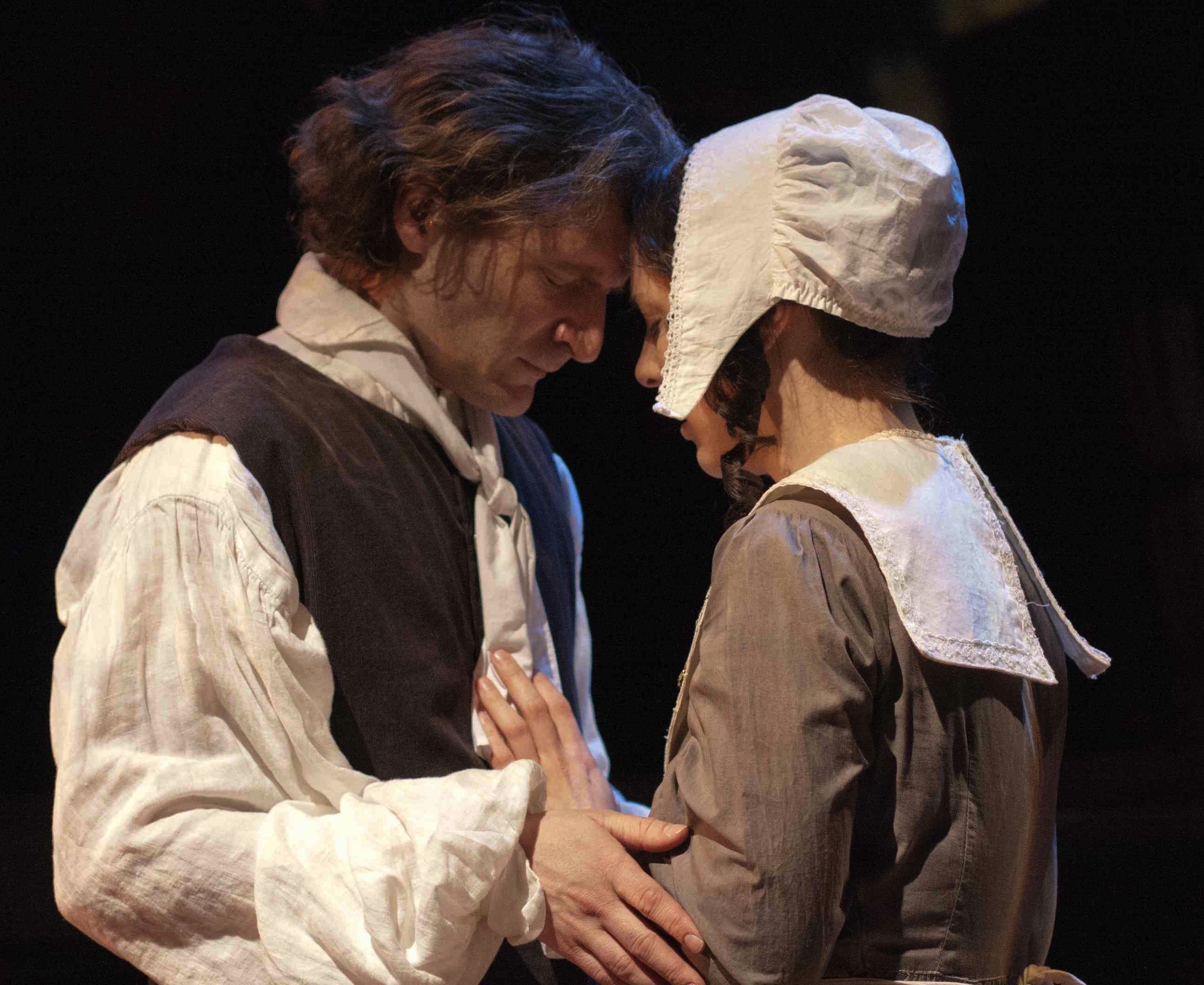 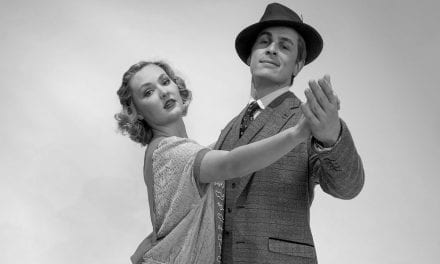 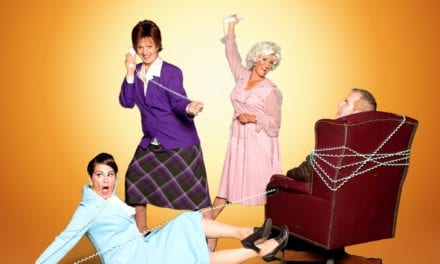