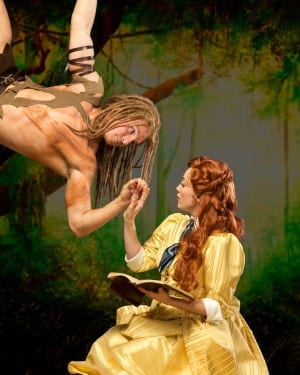 WEST VALLEY — Over 100 years ago, Edgar Rice Burroughs penned the original story Tarzan of the Apes.  While Disney’s 1999 animated film adaptation took liberties with the story’s details, the central conflict of man verses self remains.  Tarzan (Bradley Quinn Lever), a child orphaned in the jungle when a leopard (David K. Martin) killed his shipwrecked parents, is raised by Kala (Adrien Swenson), an ape whose only son was killed by the same leopard.  Despite the objections of Kerchak (Josh Richardson), the leader of the apes, Tarzan becomes a member of the ape family, although he never stops questioning why he is different than the others.  When Jane (Megan Lynn Heaps) arrives in the jungle to conduct scientific research with her father (Bruce Bredeson), Tarzan realizes for the first time that there are others like him.  He must decide whether his future includes a family of apes or a life with Jane.  Tarzan: The Musical is Disney’s adaptation for the stage, incorporating all the same plot details as the film but introducing new Phil Collins music and delving deeper into the existing characters.

One of the inimitable aspects of Disney’s Tarzan is the highly syncopated, percussion driven music of rock musician and composer Collins. Songs from the original motion picture including “Son of Man,” “Trashing the Camp,” and “Strangers Like Me” transferred beautifully to the Hale Centre Theatre stage, with the cast’s solid vocals seamlessly replacing Collin’s soundtrack.  The steady drumbeats drove the tempos and created an energy unfortunately unmatched by the additions to the musical’s score.  With the exception of “Sure As Sun Turns to Moon,” a beautiful piece to showcase a believable relationship between Kala and Kerchak, the additional music lacked the fervor of the original score and seemed only to re-explore conflicts already addressed by other numbers.

Rather than limit themselves to  Hale Centre Theatre’s round stage and mechanized center carousel, director Dave Tinney and aerial specialist Ramsi Nia Stoker looked upward to expand the possibilities for the jungle.  Using aerial silk hung from pulley systems descending from the flyloft, Young Tarzan (Tommy Hale), Tarzan, and Terk (Alex B. King) each had opportunities to swing through the jungle’s vines.  Even more visually stunning were the aerial hoops used by Jenny Bauman and Jillian Bjornn who, as aerial specialists, brought butterflies to life.  There were moments in the production when the aerial choreography was a compelling method through which to tell the story.  However, other moments, including when Jane sat in a suspended swing to pine vocally for Tarzan in “For the First Time” may have been more effectively delivered using the more traditional acting and blocking methods available on a stationary surface.  Additionally, the wow factor of the above-the-stage blocking lost its impact over time, becoming more and more expected and less and less impressive as the show progressed. More consistently impressive were the cast’s vocals.  Under the music direction of Kelly Dehaan, each of the lead vocalists infused their solos with character and intensity that never negatively impacted their musicality.  In addition, the ensemble numbers, which never featured more than a possible seventeen voices, filled the theater with a sound believably created by a much larger chorus.  The polyphonic harmonies were masterfully balanced, supporting the melody without overpowering it.  Had the cast recorded a soundtrack and marketed it as an original Broadway cast recording, I doubt I could have identified the fraud.

Costumes (Peggy Willis), hair (Trisha D. Ison), and make-up (Jason Goldsberry) each made a noticeable impact on this production.  Willis, Ison, and Goldsberry’s designs worked together seamlessly, transforming humans artistically into various jungle animals.  I appreciated that the designs were animalistic, rather than attempting to believably present an animal.  The actors, most notably including Martin and the various gorillas (including Bauman and Bjornn) picked up where the effects left off, using body language to complete the character.  A perfect example was when Kala held the doll representing baby Tarzan upside down, oblivious to human ways.  The animal noises Swenson used conveyed both meaning and character while portraying her part as a gorilla.

While I enjoyed the playful comedic timing of King’s Terk, the relationship between Swenson’s Kala and Richardson’s Kerchak, and the sheer physicality of Lever’s Tarzan, it was Heaps’s delightfully geeky portrayal of Jane that increased the show’s energy each time she took the stage. From her intentional use of comedic physicality to the obvious distraction caused by her interest in Tarzan, Heaps was unabashedly invested in her character.  I believed Jane was committed to scientific discovery. I saw how she loved her father. And I was heartbroken as she chose to leave Tarzan to return to the comforts of England.  In a show that otherwise seemed to have limited dimension, Swenson delivered an entire range of character and emotion.

Whether it was due primarily to the stylistic differences between the original and the additional songs, to an increase in production length without an increase in conflict, or to overuse of aerialist capabilities, the pacing of this production lagged significantly between major production numbers.  While the show was visually spectacular and used the stage space in an innovative and progressive way, it lacked dramatic contrast to set the dynamic moments apart.  But in moments with an underlying drumbeat, as when “Son of Man” started and the ensemble took the stage, Tarzan exuded Disney magic. But despite its flaws, there were so many great things going on in this production.  With aerial acrobatics, powerful harmonies, driving percussion, intricate costumes, and a heartwarming story of self discovery, Hale Centre Theatre’s Tarzan truly is a spectacle worth seeing. 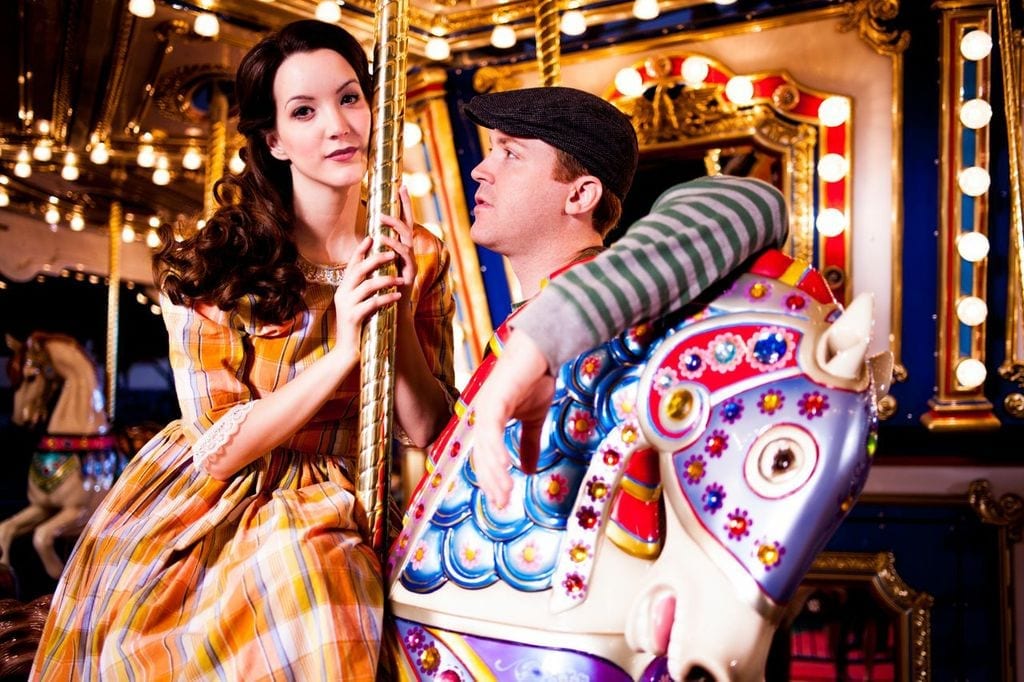 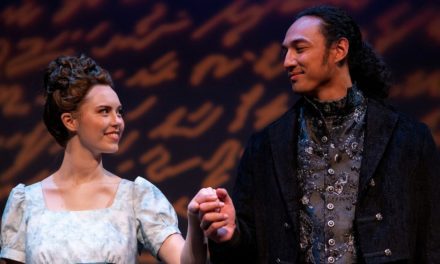 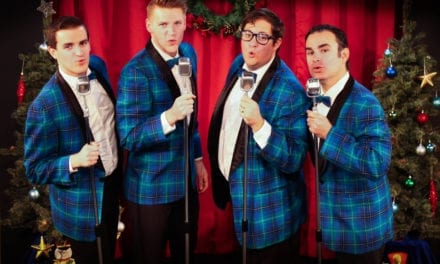