SALT LAKE CITY — I’ll admit it. I was selfish when I saw that The Complete Works of Shakespeare (Abridged) was on UTBA’s reviewing calendar again. I snatched up the show as soon as I could, thinking that I was likely in store for a hilarious evening of audience-actor interaction, cross-dressing, vomiting, and a farcical but loving treatment of the works of William Shakespeare. I signed up for the show and eagerly anticipated the evening when I would enjoy one of my favorite stage comedies.

A major, unsurmountable problem with this production is Sam C. McGinnis‘s directing. Under his guidance, Complete Works was deathly slow in its pacing. Almost every portion of the play had sections that could be tightened up (such as the football game, Hamlet, and the comedies). In many plays, this would be merely an obstacle to an enjoyable evening; for Complete Works, this is a death knell. Much of the humor of the show relies on the rapid succession of absurd lines, visual gags, and jokes. Long gaps between lines, pauses before each play would begin, and delays in entrances made this show probably 10 or 15 minutes longer than any other production of Complete Works that I have seen—and among the least funny. Some extra rehearsal time and elimination of needless stage business (such as Jim always fumbling for confetti in preparation for his running gag) would have improved this show greatly.

I don’t place all the blame for the slow pacing on McGinnis, though. The actors must surely shoulder some of the responsibility for keeping up the speed of the show. According to the program, at least two of the three actors (Jim Martin and George Plautz) are veterans of previous productions of Complete Works. I believe that performers revisiting a show should have no excuse for being slow in delivering their lines and entering the stage at their cues.

Another problem with this production was that the actors (including the third member of the cast, Brian Pilling) decided to not portray actors. Because the script calls for the cast members to use their own first names in the performance, some actors believe that they should play themselves in Complete Works. However, a successful production of this play requires the actors to portray characters who are actors (who happen to have the same names) performing the complete works of Shakespeare. The distinction is not splitting hairs; rather, it is essential to the successful execution of Adam Long, Daniel Singer, and Jess Winfield‘s script because each character in the play is distinct, and much of the conflict in the play originates from the tensions that arise out of the characters’ competing goals for the performance. I felt that all three actors failed to create a character during the entire evening, which made some portions of the night degenerate into a your-turn-my-turn recitation of lines from the script.

Finally, most of the performance lacked energy. I’m willing to give some benefit of the doubt to the actors in this regard because—including me and my companion—there were only 14 people in the audience, and Complete Works needs audience participation to succeed. (Perhaps the vice presidential debates that evening kept people away from the theater.)

The entire evening was not a complete artistic catastrophe. The script is so incredibly funny that many of the jokes get a laugh under any circumstances. And the Othello rap in this production was the best one I’ve seen. (Usually the rap is so painfully bad that I just want to shut off my mind until it’s over.) But a few bright moments were not enough to rescue this sluggish production. At one point in the play one of the characters says, “We don’t have to do it justice, we just have to do it.” That pretty much summarizes this cast and director’s attitude towards Complete Works.

The Wasatch Theatre Company production of The Complete Works of William Shakespeare (Abridged) plays every Thursday, Friday, and Saturday at 8 PM and Saturday at 2 PM through November 27 at the Studio Theatre in the Rose Wagner Performing Arts Center (138 West 300 South, Salt Lake City). Tickets are $15. For more information, visit www.wasatchtheatre.org. 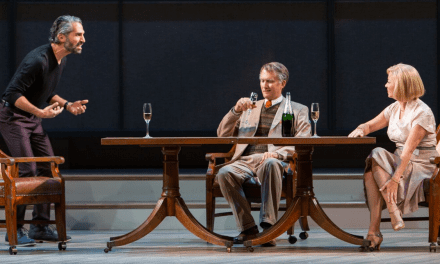 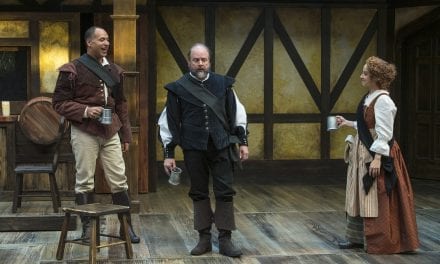