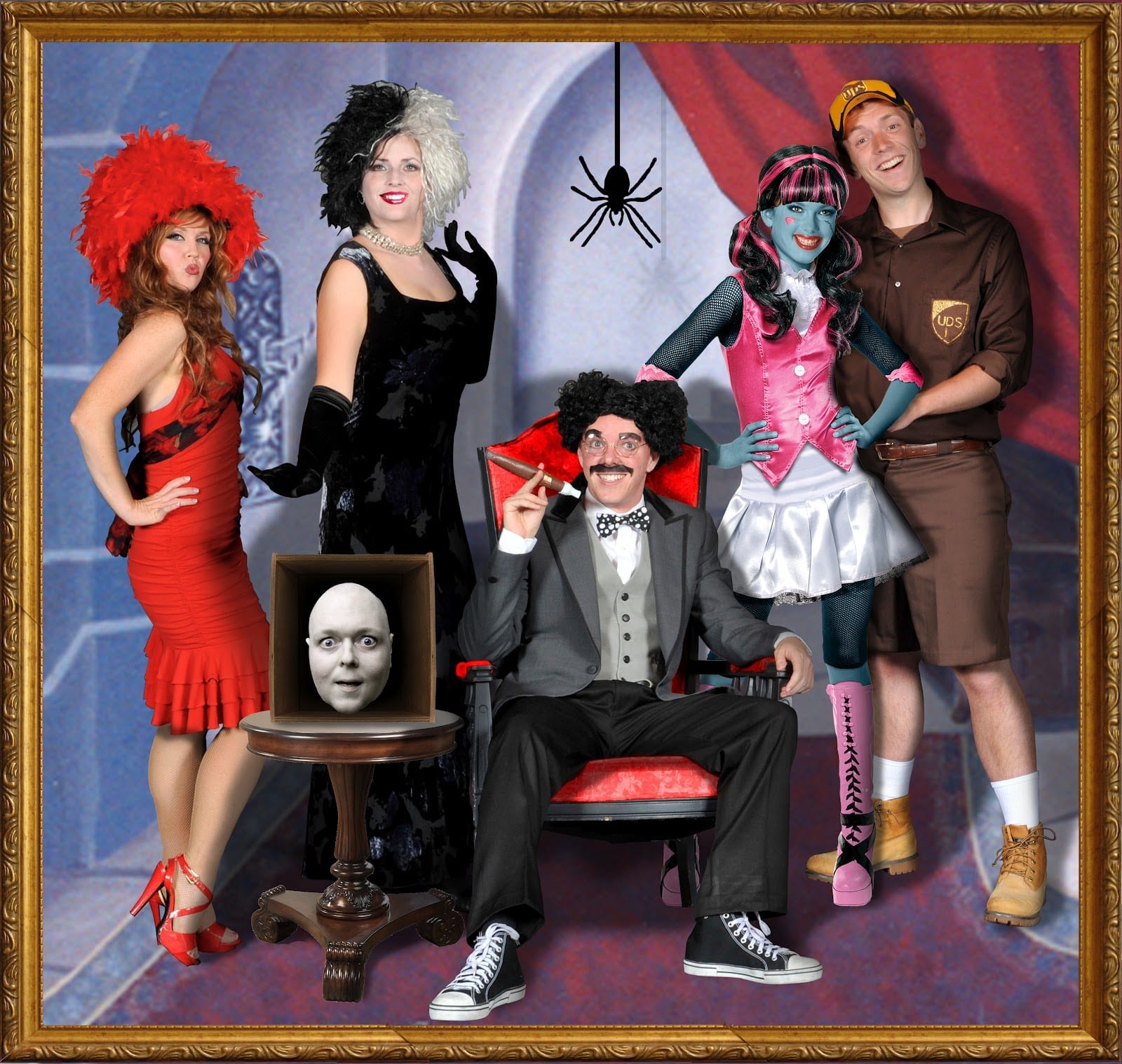 MURRAY— The Addams Family Home Evening is the first show I’ve ever attended at Desert Star, and I must say I was impressed. The ambiance of the building itself and the theater is full of old-West, saloon-inspired charm and definitely added to the overall effect of seeing a show here. Also delightful were the theater’s unique quirks, like the throwback pre-show of ragtime piano music (played masterfully by Jill Flanagan), and the fact that Flanagan plays all of the show’s music live. There was also audience involvement encouraged (my favorite was snapping my fingers to the end of the Addams Family jingle) and even an opportunity for some singing along in the pre-show and the post-show. Details like these made seeing a show here much more of an “experience” rather than just a play to be viewed. That being said, the meat of the play—the actual content in The Addams Family Home Evening—is not much of a stand-alone piece, but it’s not meant to be. The show itself is corny, with a predictable plot line. The setup involves a controlling father, Mr. Measley (Todd Thompson), ordering his wimpy son, Horace Measley (Corey Bandengurger) to infiltrate the ever-kooky Addams family, who are not giving in to the rich father’s demands to sell their property to him. Predictable opportunities for conflict and comedy arise as the two families clash and as love blossoms between Horace and the Addams’ daughter, Dementia (Jackie Jensen).

The “Family Home Evening” in the title refers to the weekly event held by Mormons.  No, the Addamses are not Mormon in this play. But they do find out through Dementia’s curiosity about the concept of family home evening. Of course, they decide to have their first family home evening right on the night when the Measley family visits the Addams family. In true Addams’ style, the family home evening is a bizarre but entertaining affair, complete with a severed head hiding under a serving dish (Cousin Bob, played by Bryan Dayley) and a talking gorilla (who happens to at this point in the show have the brain of Uncle Cosmo, played by Jeff Jensen).

The elements (under Scott Holman‘s direction) that carry this show off and make it enjoyable are not the plot or any deep life-changing message. Rather, the show shines for various other reasons. First, the show works because of the richness of the personality of the theater itself and the energy that comes from an extremely talented live pianist (Flanagan). Second, it entertains thanks to a cast who is not only hilarious, but can expertly dance and sing. Third, the play is enjoyable due to the comedy that is region-specific to Utah and in-tune with pop culture (with references to Mitt Romney, “Seinfeld,” and The Little Mermaid, to name a few).

Lastly, it doesn’t hurt that the Addams family members are all excessively wacky with fun and lively makeup and costuming to match (props to Lynn Funk who did the costume design). Groucho Addams (Bryan M. Hague) is a Groucho Marx parody. The character even has thick eyebrows and mustache, bow tie, poofy hair, large cigar, and the iconic deadpan voice. The other Addams family members also have a lot of fun and diverse characterizations to work with. Each family member’s uniqueness is only enhanced by the costume and makeup design choices.

The first act seemed to move slowly at parts and didn’t entirely hold my attention. However, by the second act, I was laughing so hard I was snorting. The second act was far superior—the plot moved past all the back story and motivations, and the script (written by Ben E. Millet) became constant wit with more pop and Utah culture references. There was even a funny part where severed-head Bob (Dayley) sings various renditions of familiar LDS Primary songs, including “Head, Head, Head, and Head” to the tune of “Head, Shoulders, Knees, and Toes.”

By far the funniest comedic duo in the show were Groucho Addams (Hague) and Cousin Bob (Dayley)—the Bryans. Their jokes were pulled off expertly with perfect timing and style that reminded me a lot of what I’d imagine a vaudeville joke act to be like. They had a constant series of set-ups and punch-lines, often involving the running gag of the fact that Cousin Bob (Dayley) is merely a bodiless head. However, all the actors worked really well off of each other hilariously and each deserves applause.

When the show ended, to my surprise, there was another show, a musical revue of current hits. At first I wondered if I was at Lagoon—it was a little on the cheesy, over-the-top side. But as the revue kept going, it got better and better, with fun musical numbers and hilarious comedic bits. All of the men of the cast sang a medley of songs with the same four chords on the guitar. It was so amazingly hilarious, well-sung and was my favorite revue piece. Brandenburger, the “wimpy son” Horace in the show, didn’t have much material to work-with in the main show (although he played the part given to him very well). But he particularly stood out in the musical revue with his comedy, as well as his musical and performing presence. It was fun to see him be able to really excel outside of the caricature of his Addams character.

I would go back and see this show again—even with the slower first act—just so I could laugh during Act 2 and have the overall experience once more. Desert Star is now on my radar, thankfully. I am excited to see what kind of good time they put on next. 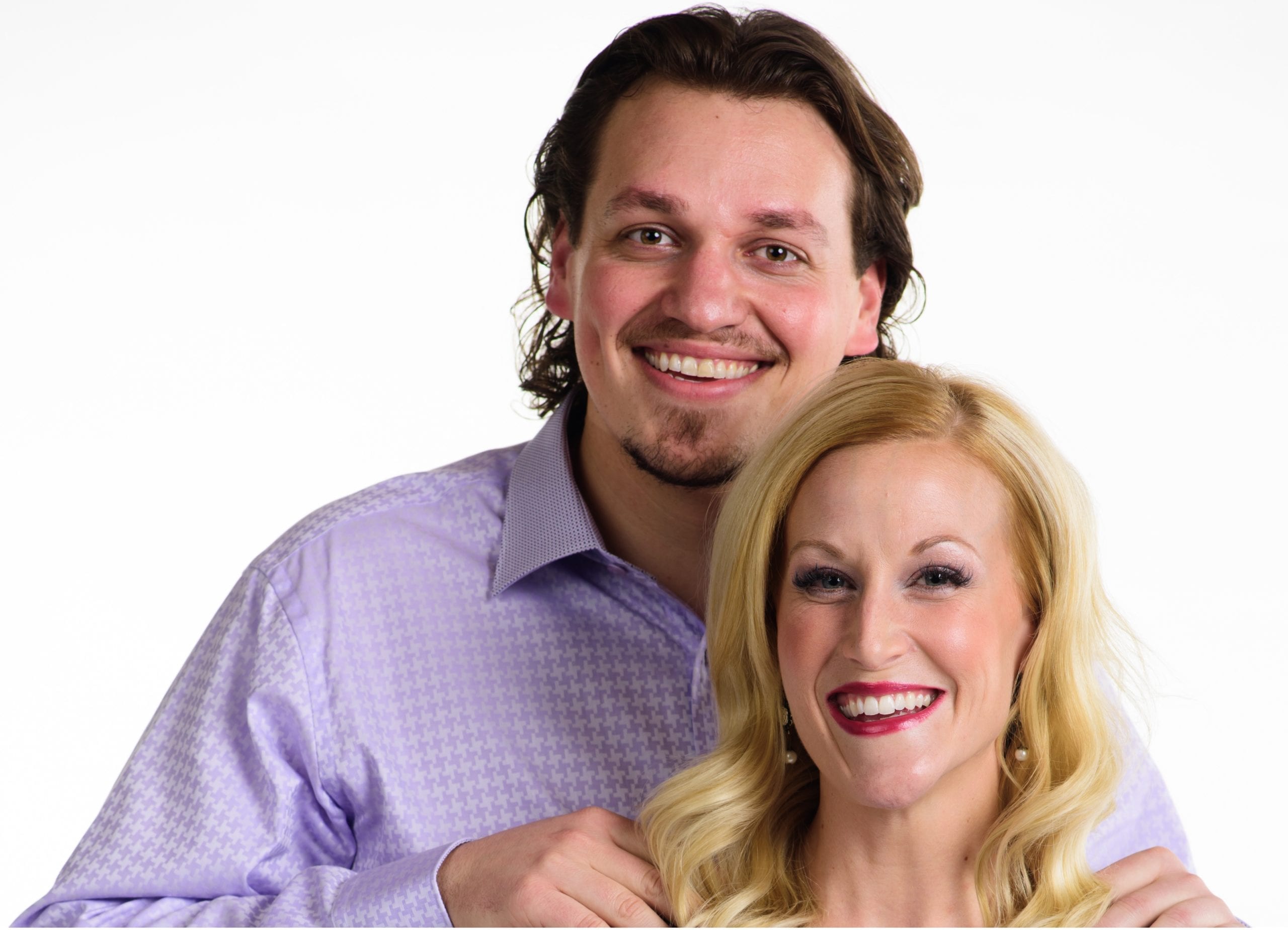 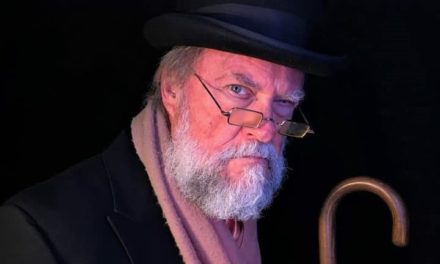 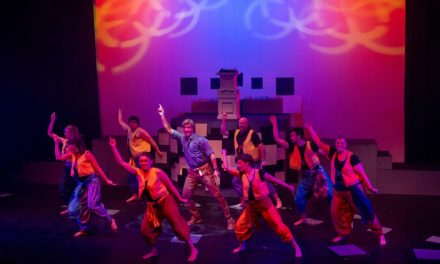 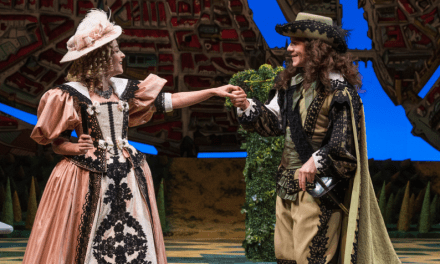