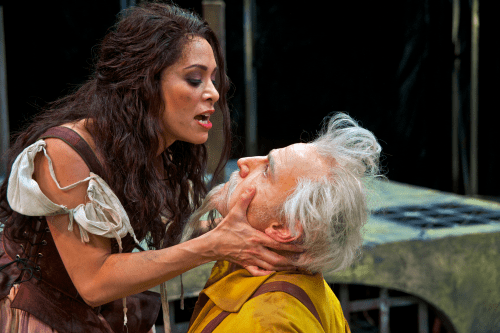 SALT LAKE CITY — Dale Wasserman (book), Mitch Leigh (music), and Joe Darion (lyrics) were not the first by a writing team to bring the tale of Don Quixote to the stage. Previous attempts never quite landed right and it wasn’t until this team opted to frame the story within the life of author Miguel Cervantes that the magic really started to happen. Pioneer Theatre Company’s production of Man of La Mancha certainly captures that magic and brings with it a production worth seeing, and more than once if possible. The story is a almost a dream, within a play, within the show. Miguel Cervantes is being held by the Spanish Inquisition and while imprisoned his fellow inmates decide to place him on trial as well. As his defense, he presents his play, or charade, of Don Quixote de La Mancha. Quixote is a man that has given up on the baseness of reality and instead immerses himself in a world where an inn is a castle, windmills are giants, and the lowly serving girl and prostitute is a Lady by the name of Dulcinea. The conflict lies between Quixote living out this dream while his family sees as a fool endangering their family’s honor and name.

A live orchestra starts the night as the ensemble slowly filters onto the stage in character, but without any clear purpose or story (my only real, though minor, complaint regarding the direction by Charles Morey). I would have been satisfied to sit listening to the orchestrations and appreciating the elaborately textured set by George Maxwell. The entire show takes place in this dungeon. While the set remains the same throughout, I was surprised at how fitting it was for each scene. Part of the beauty in this show is that the audience is invited along as Cervantes stages his play to the inmates using only the costumes and props he’s brought along. As such, Maxwell’s set frames each scene perfectly fades into the background while reminding us ever so softly that we’re still in the dungeon.

William Michals is a transformative Cervantes/Quixote. His command of the stage was masterful as scenes were set, actors coached, and when he sang . . . well, I listened. Whether it was the sweet melody of “Dulcinea,” the powerful anthem in “Man of La Manch (I, Don Quixote),” or the hopeful and mesmerizing “The Impossible Dream,” I was hooked. Daniel Marcus as Sancho Panza was a delight. It took until “I Like Him” before I really felt he hit his stride, but the character is so lovably charming spouting out proverbs like Tevye (Fiddler on the Roof) had he been born in Spain. (Though considering a primary facet of Spanish Inquisition was to convert/purge Judaism from Spain, how appropriate that there be a Jewish influence present in the play.)

On a whole, the show is marvelous. I’ve never caught myself smiling quite so often during a show as I did this one. Much of that is due to the beautiful writing of Wasserman, Leigh, and Darion, but a good amount of credit is due to Pioneer’s production team and cast.

My primary disappointment lay in the singing of Maria Eberline as Aldonza. While impassioned, the evening’s performance seemed plagued with pitch issues. But, oh, how well could she act! Eberline has built such an incredibly strong character from her downstage right moment where she claims the dress, on through her role as Aldonza and transformation to Dulcinea.

Therein lies the beauty of the entire show. Amidst the baseness of reality, there is beauty and worth. I was first introduced to Quixote and his loveable sidekick, Sancho, as an eighth grader in Spanish class. It’s that message that struck me at a young age, and now still leaps off the stage. Man of La Mancha is a beautiful play and Pioneer has done a beautiful job staging it. While this is the last show from artistic director Charles Morey, hopefully it’s not the last we see of his work on the Utah stage.

Man of La Mancha plays thru May 19th at Pioneer Theatre Company located at 300 South 1400 East in Salt Lake City. Tickets are $36-62. More information can be found at PioneerTheatre.org. 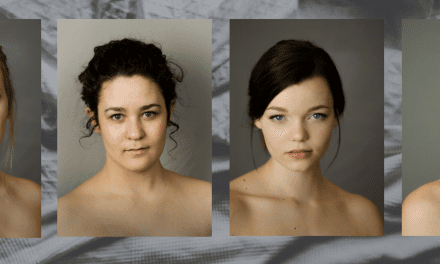 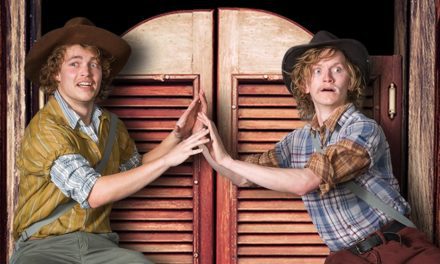 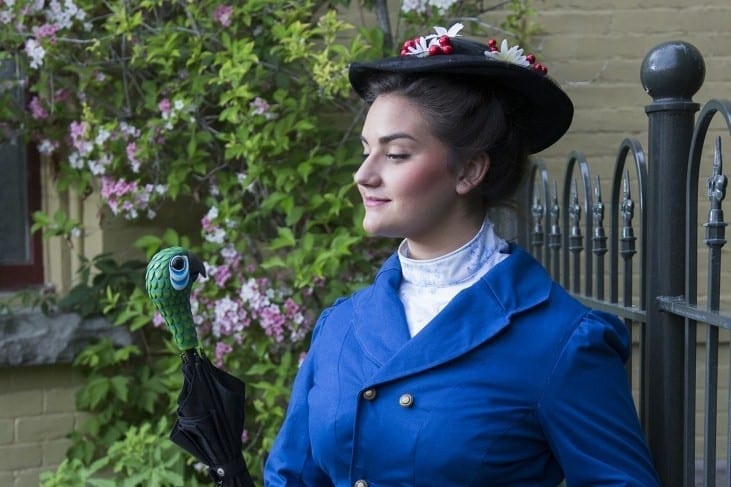