MURRAY — One of the great things about going to Desert Star Playhouse is you almost always walk away feeling good about life again. My wife and I were able to attend their new Christmas show, It’s a Wonderful Life: Winging in the Holidays on Black Friday. After a day of shopping and work, we came in a little worn and tired. But we left happy, basically forgetting any difficulties that had happened earlier in the day—a blessing anytime during a frantic holiday season.

Frank Capra’s It’s a Wonderful Life has a wonderful ubiquitous quality that means most people have either seen the movie or know the story. Ben E. Millet’s parody has an updated story line of vignettes occurring between the 1970’s and present day, creating a joke for every era. This adaptation stayed close to the original, helping to prevent a sometimes sprawling effect that parodies can have if they overstretch into excessive source material. The traditional heartwarming ending is affected by a couple of twists in the story that foster a more melodramatic storyline. So you may not leave a better person, but you’ll most definitely leave a happier person.

The happiness begins while waiting for the actual show to start with pianist JD Dumas’s pre-show music. The audience joined in a quick sing-a-long of “Rudolph” and then Dumas warmed us up to the appropriate booing and cheering for villains and heroes. The music basically permeates your experience and you may notice at times a range of familiar Christmas songs as the underscoring. They ranged from popular Christmas to Broadway classics, but either their style or just the song choice didn’t make them showstoppers. It was the Olio after the show, however, that really showcased the actors.

I particularly enjoyed that all the actors pulled their appropriate weight in making jokes and pushing the story. I was also impressed that David Martin had a consistent and accurate Jimmy Stewart accent throughout the show. While I never attached entirely to George Bailey’s plight, that is probably more due to the genre than the acting choices.

Probably the easiest characters to laugh at were Uncle Billy and Violet Bick, portrayed this evening by Justin Berry and Ashley LaRue Grant, respectively. They both hit their jokes well, played off each other as their relationship grew, and had strong voices. These two probably got the biggest musical numbers and they made them fun.

Eric Jensen was enjoyable to watch as the embittered Henry Potter. As the primary villain he shrewdly nailed the satirical jokes poking fun at the failings of others, including the Utah Jazz and pretty much everyone in Republican presidential primaries.

While the rest of the cast all did very well, others worth mentioning include J. Tyrus Williams as Cameo Man filling in for probably a dozen different characters to quite hilarious effect. Credit must also be given to Fern Hearle and Dominique Franklin who played the Bailey children. They had strong performing voices and effectively played the jokes about kids growing up these days, as they tweeted about their Dad’s brain being fried.

While the parody was enjoyable and cohesive, I have to admit I had the most fun during the “Christmas at Our House Olio” variety show at the end. It was during this time the actors voices really got to shine as they expertly executed Christmas favorites of all genres. The talent was especially apparent in the group numbers when everyone sang their parts flawlessly. There is also a quite enjoyable rendition of The Nutcracker, that probably was the hardest I laughed all night.

Between the parody of a Christmas classic and the fantastic Olio, I felt a like I was leaving with all the best parts of Christmas shows wrapped up into a beautiful two-hour package. I strongly suggest you get some tickets to this show. It will take the hustle and bustle out of any stressful holiday events in your own life and help make your holidays a little brighter through the gift of laughter. 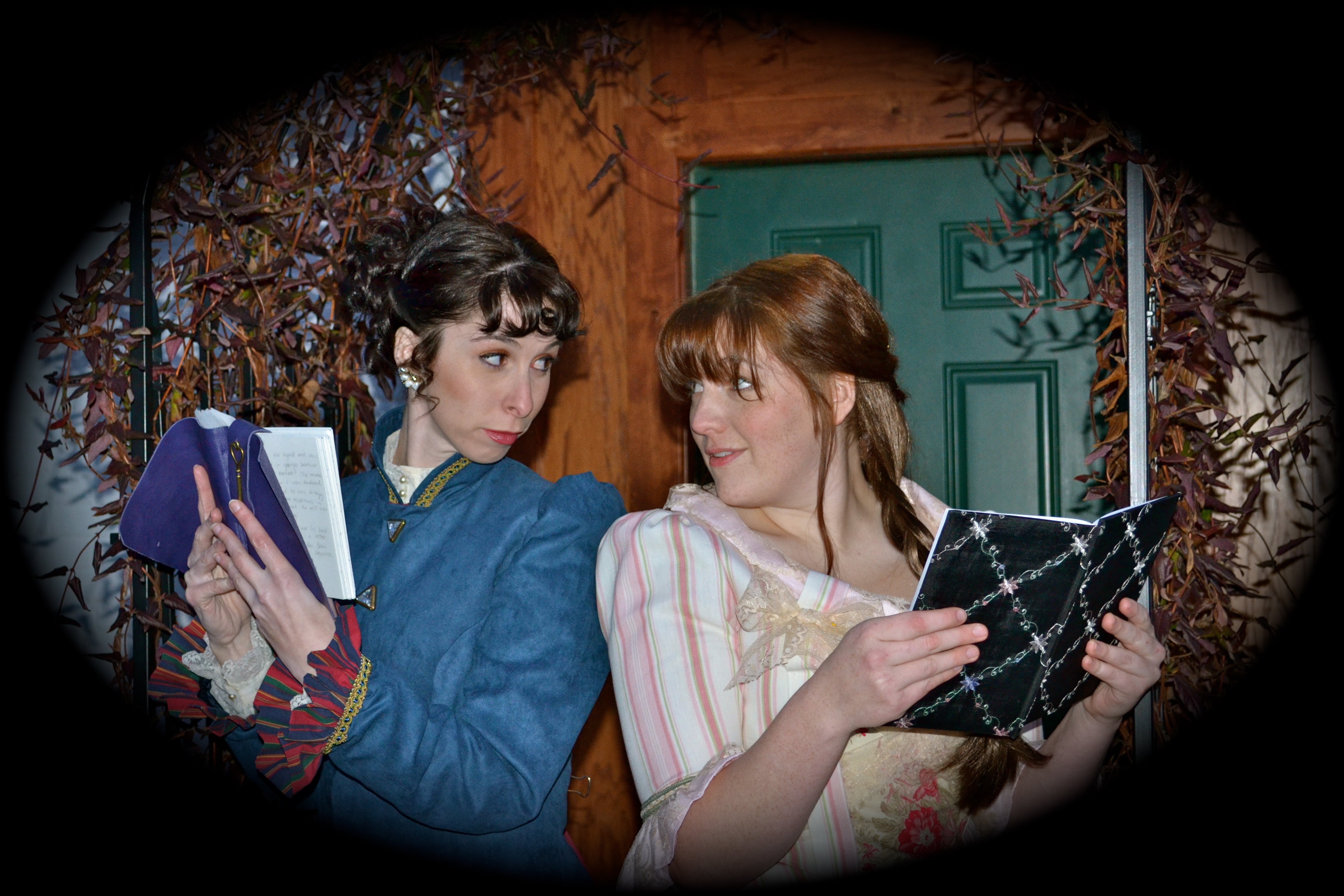