LOGAN — Dreaming American is a staged reading offered by Lyric Repertory Company this year as a world premiere of the play by Paul T. Mitri. The play tells the story of an Egyptian man as he follows the advice of his brother to immigrate to America and live the dream. Directed byMitri, the show has a small cast of three (Owais Ahmed, Nicky Boulos, and Cat Evangelho) in various roles. All three performers showed a range of emotion, thought, humor, and depth unparalleled to anything that I have seen on stage thus far this year. 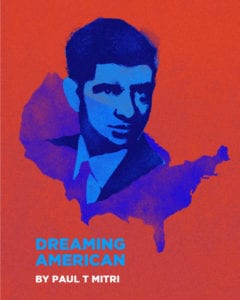 Lighting and projection designer Steven Piechocki, sound designer and audio engineer Dylan Adkins, and sound designer Ramsi Lehner have spent a great deal of time and effort to create a visual and auditory experience that I did not expect at a staged reading. This production of Dreaming American is an ambitious undertaking with many creative uses of screens, projections, and prerecorded lines and sounds.  Because the cast members played several different characters, the use of projections gave the illusion of different characterizations such as shape and placement. This was best illustrated in the case of the character of Hyena, voiced by Evangeho. Though the character had some despicable aspects, Evangeho’s portrayal was phenomenal. Both Ahmed and Boulos in their various characters showed incredible range in their accents, languages, and changes in physique as they moved from the different people they were represented.

As a person who spends my day job working with immigrants that learn to adapt to English and American culture, the story of Dreaming American hit home particularly well, and I was impressed with all the little details that Mitri included in his script. From the small moment in the beginning when the character of Gobran (played by Ahmed) arrived at Ellis island and struggled to understand an accented pronunciation of name, to a very educated Gobran getting complaints from his students about his own accent, this play represented a true to life picture of what immigrants face daily when navigating the waters of life in a new country. Another impressive moment was when Boulos portrayed a Russian immigrant who came to pick up Gobran from the airport and drive him to the university where he would work and showed him a level of both welcome and pride because of both the challenges and successes that he has had and had to work for.

I am not sure why the decision was made by the production team to have this as a staged reading. The actors seemed to be about 80 percent memorized, and there were enough design and prop elements that the show felt on its way to being a strong fully staged production. Dreaming American represents a story that is not told as often as it should be, and it helps audiences gain insight into the challenges that immigrants past and present faced when arriving in the United States. Much of the story follows Gobran as he pursues dreams that were placed upon him by others and for others, and he then learns and sees a future when his life and choices catch up to him and those who have harmed him leave the audience feeling the acute remorse and resentment.

Dreaming American left me with a lot to process. The performances were flawless and the execution seamless. Mitri as an author and director has brought in a new work that opens his audience to the immigrant experience and the challenges this country faces in living up to its ideals. While it is not a comfortable night at the theatre, it is a satisfying one in the way it forces its audience to grapple with racism, expectations, and conversations about how people treat their neighbors and those who are different.

Dreaming American plays as part of the Lyric Repertory 2021 season at various times through July 16th at the Morgan Theatre on the USU campus,1400 Old Main Hill, Logan Utah 84322. Tickets are $10-20. For more information see https://www.usu.edu/lyricrep/ 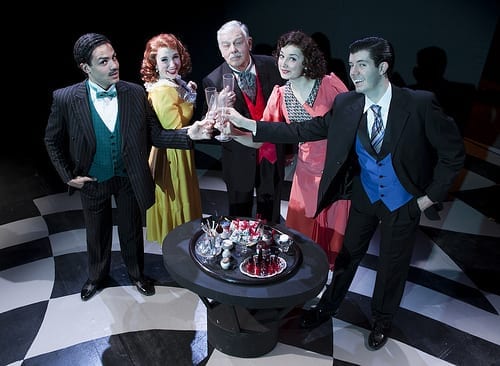