Try the dinner. It's delicious.

MIDVALE — Poison Ivy has stepped up considerably since their last production I reviewed.  I’m excited by the potential of this group.  Yes, there is still some room for improvement, but audiences will definitely enjoy their night at Lights…Camera…Murder!

The evening starts with Director Iggy Ego greeting the audience in the lobby of Midvale Main Street Theatre.  Every audience member is an extra on tonight’s taping of the final scenes for Iggy’s latest film, Death By Taxes: A Love Story.  Talents are assessed and we make our way into the theatre—grabbing dinner if we opted for that portion of the evening (you really should)—and selecting a seat in the crowd.

The lead actors and crew members for the film mingle amongst the audience and very shortly the show begins with a fantastic callback to the late-night, movie-talk interview shows where we’re introduced to each of the characters in tonight’s production.  The pre-show (and post-show) entertainment was a great choice by Poison Ivy.  After the interview movie we’re thrust into filming where audience members are brought onto the stage to fill roles in the scenes while our main actors carry us forward with a fun plot and original music numbers, all the while we’re set to pick up clues as to who will be murdered, how, and why it happened.

The evening started out incredibly strong and I couldn’t believe this was the same company I saw a few months ago.  In fact, several of the actors were repeats as well.  Poison Ivy placed a lot more emphasis on including the audience into the performance this time round (dead bodies, dancing extras, film crew, etc.) and it worked so well.  The plot drove forward with so much more energy and it was it was easy to see that those of us attending were enjoying ourselves.

The script is littered with movie references. The film buff amongst you will certainly be entertained, but the jokes aren’t too exclusive.  Even if you don’t get the references they pass by quick enough that you’ll be sure to find something else to laugh about.  Hands down though, my favorite joke of the evening was a very brief reference to Manos the Hands of Fate: the Musical.

Jeremy Tritchler was a wonderful Iggy Ego.  We aren’t meant to like his character, but he does choose a few moments to connect with the audience so that he becomes the guy we like to dislike.  Jamie Denison plays a distant, depressed and estranged screenwriter that the audience can’t help but enjoy.  Her smooth, jazzy solo late in the evening was one of my favorites.  The only downside was that I kept wishing Poison Ivy could have included some form of live sound effects or music in the show.  Don’t get me wrong, the original music is a fantastic feat, but the evening was so interactive and live that taking it that direction with the sound direction could have gelled the production that much more.

Morgan Walton played a very approachable Edwin–the leading man.  His improv this time round was much more controlled and allowed those quick quips to land all that much better.  Criss Rosenlof brought a maturity to the stage.  I spoke with his character for a good bit before the show and I was impressed how smoothly the conversation fit with his backstory.  Kaitlyn Lamb rounds out the cast with some fresh energy.  I’ll be interested to see what other roles she can bring to the Poison Ivy stage.

The Midvale Main Street Theatre is a much more appropriate venue for Poison Ivy.  They’ve got a good night of fun theatre for families and couples in Utah.  It’s not a perfect evening, no.  The wrap-up at the end could take less time, and a few of the musical numbers are a little too long, but overall, I was pleased with the night and am excited for their next show.

Lights…Camera…Murder! plays at 7 PM through April 29th on select nights at the Midvale Main Street Theatre (7711 S. Main Street, Midvale).  Tickets are $15 or $25 (dinner included) and may be purchased online at PoisonIvyMysteries.com. 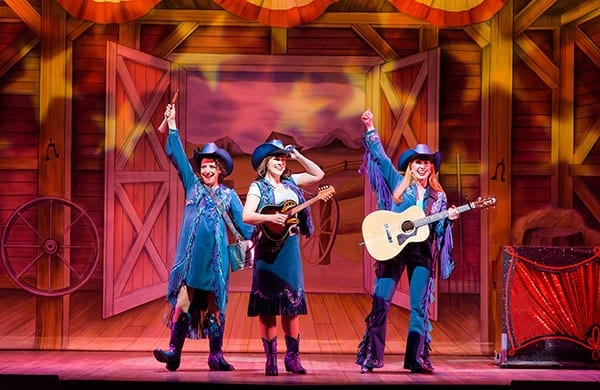 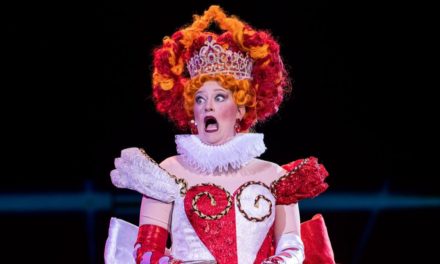 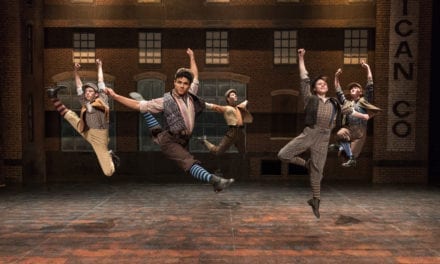 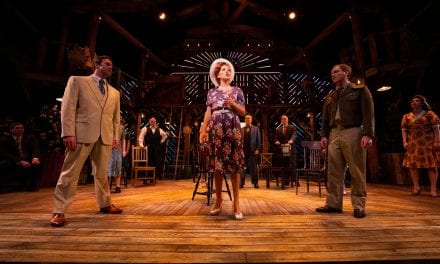