A royal whodunnit at Poison Ivy

WEST JORDAN — Though initially skeptical of the idea of a “murder mystery musical,” I found myself pleasantly surprised by Poison Ivy Mysteries’s production of Shadow of the King. My expectations were easily exceeded by this charming production, and while some elements could use a little bit of work, the experience, overall, was magical.

Arriving in the venue, guests were greeted by the characters, and introduced to the plot: The Good King Victor of Eltheria has recently died, and the fate of the kingdom is unsure. King Victor’s three children, Prince Garrick (Jake Wilson), Prince Valor, and Princess Eldamira (Jamie Denison), all have valid claim to the throne and each feel as though they merit the crown. Mananan (Criss Rosenlof), wizard and ruling magistrate in the King’s absence, elects to devise a series of tests to test each royal heirin order to see who is most deserving of this great honor. However, some dastardly doings and subversive secrets lead to the untimely death of one of the heirs! It is the audience’s job to figure out whodunit and why.

While I was put off by the location of the venue, the Jordanelle Reception Center’s interior quickly put any doubts at ease. It’s a spacious setting that, though not particularly elaborate,  was still pleasing and did not detract from the play itself. Rather than to create a distinct barrier between audience and actors, the production cleverly incorporated the different tables into the scene. Each cluster of people were assigned to a different guild from Eltheria: poets, magicians, and even visiting dignitaries from Germania. I was particularly impressed by the fun, bantering rapport established by the characters with the audience. It made it easy for the audience to want to participate, and enthusiastically so. Several times, audience members were invited to be a legitimate part of the show, which made the experience all the more enjoyable.

Not only did the audience have fun, but it was plain to see that the actors were enjoying themselves. Sure, the acting felt campy, and over-the-top for the most part, but it worked for the type of theater they were presenting. Clara Susan Morey stood out among the cast as the Mysterious Old Woman. Her commitment to her persona was admirable, complete with physicality, a satisfying character voice, and a good relationship with the audience . Morgan Walton as Prince Valor brought an excitement to the play that I missed from the other characters. His exuberance served the role well and made for an altogether entertaining character. I would have liked to see more firm, committed character choices from the other actors. They would be well served to trust the natural dialogue of the play to draw laughter. Even so, the performance was quite humorous.

The play itself was well written.  The clever dialogue and subtle clues were hindered only by a few pop-culture-referencing one-liners that fell flat. Director/Playwright Annelise Murphy certainly knows her craft well, and is to be commended for creating an enjoyable, albeit melodramatic, murder mystery. The “musical” part is where Shadow of the King fell flat for me. All of the fun, energy, and volume during the dialogue was lost once singing began. The choreography also felt a bit dull, and detracted from the show. In general, the vocals were not stellar, and sadly, did not do justice to the brilliant original score. I would suggest the company stick to their comedic acting guns; they have a genuine strength there.

While the lighting and sound helped to create an enjoyable spectacle, I had serious problems with the stage combat. The pacing felt too slow, and the actors did not help to create the illusion of danger. Rather than watching a dangerous sword fight, I felt like I was watching actors carefully try to remember whether they took a lunge forward or backwards. A bit more fighting practice would have greatly benefited the cast in this particular area.  Otherwise, I greatly enjoyed myself.

Shadow of the King left little shadow of a doubt in my mind. Even though some elements did not work for me, I would recommend the show to anyone, families especially, looking for a night of laughter and general merriment. 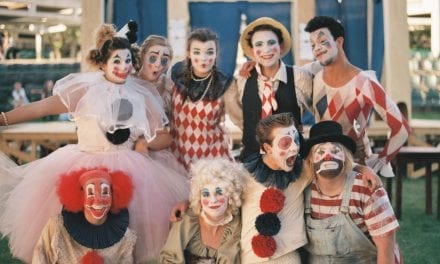 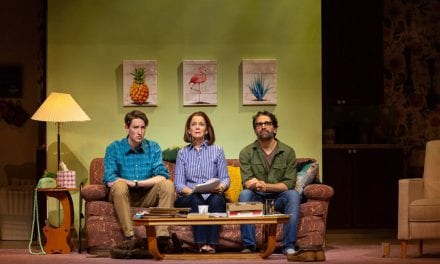 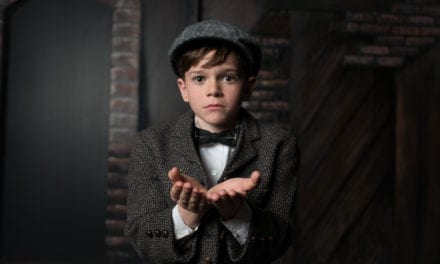