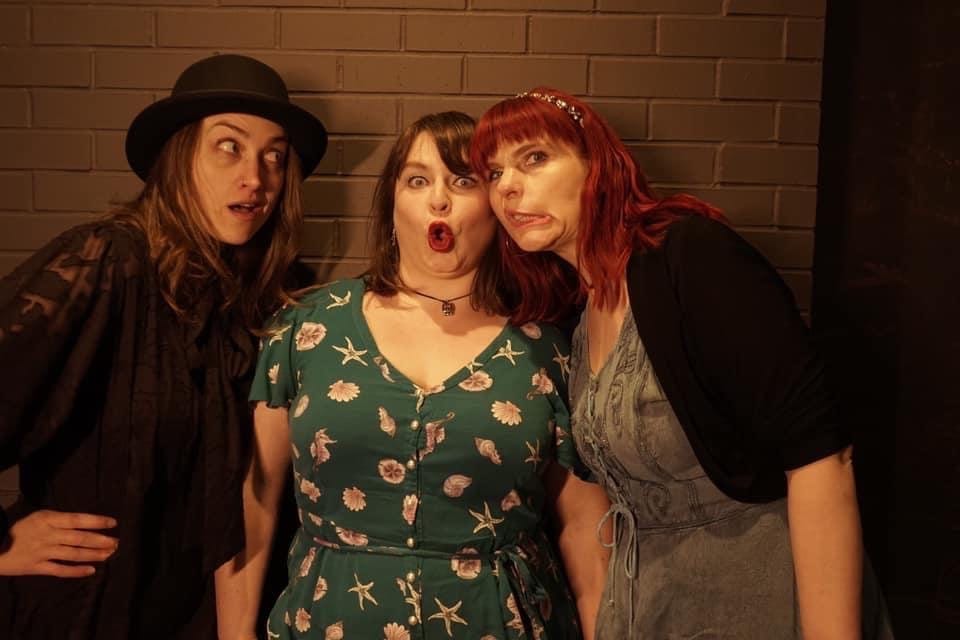 SALT LAKE CITY — The Open Syrup: Tales From Quarantine, written by local author Elise Barnett, is a virtual compilation of videos by actors and actresses representing different people trapped in a hotel, The Open Syrup, which definitely does not serve breakfast (according to the press release). These vignettes give a taste of a full theatrical experience that was cut short due to quarantine. The online production is a worthy and fun time, though I feel that I would rather see a full live production. However, I am impressed with those in our community still trying to create during this time, and feel this effort is a strong and worthy attempt.

The show begins with the experience of Bradley (played by Chris Taylor), the maintenance man in the basement. Taylor does a fine job showing exactly how complicated it might be to keep a hotel running while stuck there, and I found myself relating to Bradley’s sentiments more than once. Theater actors transitioning into self-filming is difficult, and Taylor did a good job with the transition.

Then I watched Jesse Barrnett-Curran lament as Mr. Tipples about the life of an actor in quarantine, and this was a vignette that made me wonder what it is like to try to tap dance on carpet. I enjoyed the humor intermixed with tragedy, as Mr. Tipples felt being stuck without an audience and without the ability to do what he loves. This particular vignette showed a lot of the quick wit in Barnett’s writing and how she is able to take current events and use them to laugh both and current difficulties and long-held humorous situations, such as overacted performances in Tennessee Williams plays.

Wiener, a jovial German photographer (played by David Drockton, who has a great accent) talks in his portion of the production amusingly about trying to keep his figure while in quarantine, but his video with a plea for Cheetos. (I certainly could identify with that.) Next is an experience with the ultimate “Karen,” Vivene de Pop (played by Angela Wright-Stevens), who starts her video by wanting to speak to the manager of the pandemic. While the performance is a bit over the top, it is still true to life because I have met people just like Vivene. Wright-Stevens seems to represent the exact level of entitlement that seems prevalent today, and I appreciated the strong irony that Barnett had laced through this vignette and how Wright-Stevens played it.

Watching hotel manager, Rhonda (played by Elizabeth Hanely), made me a little jealous because quarantine has made everyone antsy and irrational. Like Rhonda, I have wanted to vent my frustrations and yell at a few people. When Rhonda yells at a potential customer on the phone, I felt a sense of release. Hanely showed a level of stress in Rhonda that almost everyone has felt at some time in the past few months.

Other characters in The Open Syrup: Tales from Quarantine included a witch in training (played by Daisy Sherman), a vampire writing letters to his bride (played by Jeremy Minagro), a stressed out violinist (played by Andrew Slaughter), and a very amusing fortune teller named Celine (played by Cami Rozanas). Each actor brought their own talents and character development to the roles. These performers had no director or costumer to aid them in their work. The fact that Tales from Quarantine is so fulfilling shows the level of talent and creativity this cast has.

Online theatre is a new medium for all of the creators here in Utah. Despite the challenges from the coronavirus, it is wonderful to see the local artists continue to create. Patrons should try and support this new hybrid art form, even if the efforts are in their infancy and different from the live experience. I could point to efforts that could have been made to improve upon lighting, costumes, filming, or other various parts of The Open Syrup: Tales from Quarantine, but as I reflected upon those elements, I realized that implementing any suggestions might have compromised the health or safety of the artists. So, instead, I will just state that given the current state of the world, I am grateful for a piece of amusing new art that is out there for consumption and would encourage Utah theatre goers to give it a chance.

The Open Syrup: Tales from Quarantine is an online virtual theatrical experience of different acting vignettes through The Box Theatre in Salt Lake City. The cost is $20. For more information see theboxgateway.org.

These workshops made possible by a grant from the Salt Lake County Zoo, Arts, and Parks program.