Last week, my friend Chris Clark passed away after a noble battle against ALS. His death is a blow to the Utah theatre community, but his influence—through his students and collaborators—will live on. While others knew Chris better than I did, I feel compelled to share my thoughts and memories of this brilliant artist taken too soon at the age of 47. 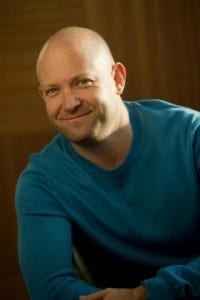 I first met Chris when I music directed a show for him in 2002. It was a wonderful experience, and—even though I was only 18, and he was older, more experienced, and better educated than I was, he treated me as an important artistic contributor to the production. After my LDS mission, my life collided with Chris’s again when he taught a class that I took as part of my theatre studies minor at BYU. He was happy to reconnect, and our friendship picked up exactly where it had left off years before. As a mentor and instructor, he nurtured my interest in the performing arts and shared his passion for Shakespeare and experimentation. Chris broadened my horizons and tastes, and I attribute much of my openness as a theatre critic to Chris’s mentorship.

Chris was one of the first people who encouraged me as a theatre critic. He always appreciated what I had to say—whether he agreed or not. From the very beginning, he treated me as a professional who had important insights. Once, we talked for half an hour about the nuances of his Kiss Me, Kate. Another time, we chatted for an hour about Titus Andronicus and revenge tragedies when we happened to run into each other at UVU.

One of my most precious theatrical memories was the rehearsal he invited me to for Vincent in Brixton. Pieces of the set were missing, and the actors were not yet in costume (though they were off book). But none of that mattered. Chris had already coaxed brilliant performances out of his cast, and I sat, stunned, for an hour as I watched the intimate portrait of pain and vulnerability that he had created with his actors. Afterwards, I was at a loss of words, merely telling Chris that he had a brilliant production on his hands and that I couldn’t imagine how to improve it. I must not have satisfied Chris, though, because when I saw a performance a few weeks later, the show was improved (somehow). Only someone with endless talent and a passion for theatre would have turned such a great show into a masterpiece.

Even when I panned his shows (which happened more than once), Chris never let it become personal. As a consummate professional, Chris knew that not every work was going to be an artistic success. He knew that there were ups and downs in every artist’s output, and he was eager to understand how productions were being well received and why. He would have been justified in resting on his laurels after every success, though. Chris was a brilliant director, and his batting average was much higher than most directors’. But he was eager to move on to the next show, the next idea, or the next experiment. His artistic well never ran dry.

As ALS gradually eroded his abilities, Chris soldiered on with good humor and courage. When ALS stripped away everything else, what remained was the kind, brave, wonderful person that Chris always was. Though he is gone, I know that his legacy will live on in the Utah theatre community for decades to come. I only hope that those of us he left behind can do justice to Chris.