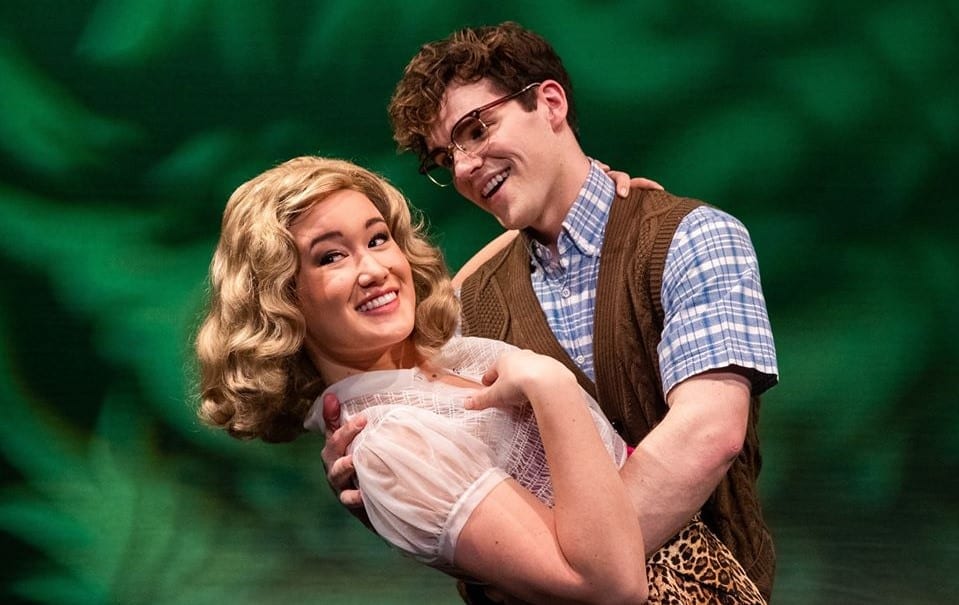 Please note, as of March 12, BYU has cancelled all theatrical performances. Meetings to evaluate rescheduling shows will be held on May 10.

PROVO — I think the only thing more fun than watching an excellent production of Little Shop of Horrors is watching the reactions from audience members who have never seen the show before. The Pardoe Theater at BYU was abuzz with audience reactions as a nearly full house took in this strange yet beloved musical. And what a great introduction it must have been, as BYU’s production was an excellent example of what this show can be and of why theater audiences have loved it for years. 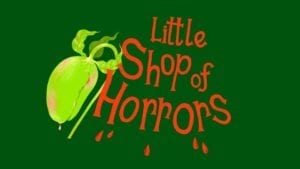 Little Shop of Horrors is cult classic musical with a book by Howard Ashman and music by Alan Menken, based on the 1960 film by Roger Corman. The story follows the shy but talented botanist, Seymour (Noah Hartwell), as he tries to save the flower shop of his semi-foster parent, Mr. Mushnik (Andrew Jefferies). The flower shop gains notoriety, and business improves when Seymour displays the mysterious plant he bought in a Chinese oddity shop. However, Seymour’s secret and bloody method of getting the plant to grow starts to get out of his control, and it threatens his chance to be with his abused but hopeful co-worker, Audrey (Jaymie Inouye). Eventually, Seymour begins to understand just what he has sacrificed for fame, but it is too little, too late.

BYU’s take on this perennial favorite is a well-directed and excellently cast show that was a joy to watch. Director George Nelson’s staging was wonderful. The focus was always clear, even when using multiple groups of ensemble around the stage. The show was filled with humor and heart, and the pacing was perfect. Moments that needed to feel chaotic, such as the frenzied “Call Back in the Morning,” had plenty of energy, while moments that needed to sit with us for a second, like the beautiful “Somewhere That’s Green,” were given the right amount of space to breathe and settle.

The cast was incredibly strong, especially those at the core. Hartwell, Inouye, and Jefferies were spectacular as Seymour, Audrey, and Mushnik, respectively. These three drove the heart of the show, and their acting was such a perfect blend of honest emotion and slightly surreal theatricality, which is exactly what this dark comedy needs. I had separate notes on each of these actors commending their natural and nuanced performances, and I kept highlighting the notes as the show progressed. I was continually impressed. The characters established by these actors were able to transition from the macabre zaniness of dealing with a magical killer plant right into beautiful, heartfelt moments of love and dreaming of the future. As previously mentioned, Inouye’s performance of, “Somewhere That’s Green,” was moving and beautiful, which is as much a credit to this talented actress as it is to musical director, Mark Johnson. Inouye was able to convey to the audience the vision of a happy suburban life with her gorgeous voice, strong focus, and emotional expression. The show-stopper of the evening, though, was the song, “Suddenly, Seymour.” This duet between Seymour and Audrey, with support from the pseudo-Greek Chorus of Ronnette (Beatriz Melo), Crystal (Sophia Guerrero), and Chiffon (Issa McKnight) had a little bit of everything: humor, love, character development, and some fun choreography by Becky Wright Phillips.

Speaking of the Greek Chorus, Melo, Guerrero, and McKnight rose to the occasion and added some excellent doo-wop vocals throughout the show. There was a great cohesion among this group of “teenagers” that helped the audience transition between the realistic and surrealistic elements of the show, as these three characters occupied both spaces. Preston Taylor was also stole the scene as Orin the sadistic, abusive, motorcycle-riding dentist. Though his stage time was limited, his bad-boy persona brought a different energy than the sarcastic Mushnik, the awkward Seymour, or the tragic Audrey.

Of course, it would be impossible to talk about this show without discussing the plants. Audrey II is one of the theater world’s favorite technical challenges. BYU’s bloodthirsty flora was a series of amazing puppets designed by MattaMagical, operated by Jared Kamauu, and voiced mainly by Bronwyn Reed with support from Taylor. The puppets were excellent and brought a magical feel to the show. One of my absolute favorite moments was early in the show when Seymour is first starting to interact with a young Audrey II. For Hartwell to have so many comedic moments with a tiny puppet is impressive, and credit should be given to both Hartwell and the puppetry team. Of course, as the show goes on and Audrey II grows, the puppets are more and more impressive. I did feel, however, that the puppet didn’t always match with the vocals, especially in the moments when Audrey II is singing quickly. This mismatch is understandable due to the limitations of puppetry, but it did pull me out of the show a little. There were also times when the voice of Audrey II was a little unclear. Sometimes this problem was due to what felt like a sound balancing issue, but other times it felt like the mixture of two actors into one “Audrey Voice” made for muddled diction, especially when there was already music and other actor voices to compete with. There were numerous lines that I completely missed during some of the climactic moments of the show.

The lighting design by Marianne Ohran was gorgeous. There was an excellent use of color, especially on the cyclorama at the back. There were also some great moments of isolation that really fit those surreal moments when characters were seemingly transported to a different place mentally. The beautiful color also was able to really come through because of Glenn Pepe’s expansive yet simple set design. The main focus area was a realistic looking Mushnik’s (and Son’s) Flower Shop, surrounded by an industrial looking metal framework of scaffolding and stairs to create numerous levels and acting areas. I only wish that some of those areas had been used a little more. The set also had a giant screen onto which was projected a large digital clock display. I am torn on this element of the set. I loved the fact that it was able to help show the passage of time and that it represented the concept of a cold-war era doomsday clock. However, when it wasn’t whizzing ahead to show change, it was running at a normal speed, and it was always on. Which means that during some of the emotional moments of the show, my focus was drawn away from the main action as I caught the numbers changing in my peripheral vision.

The costumes by Dennis Wright were expansive and looked great. The Chorus girls felt like they had a new costume every five minutes. It was actually quite impressive, and I’m sure there were some talented dressers backstage. I also loved the transition of Ronnette, Crystal, and Chiffon from teenagers skipping school at the beginning of the show to the gorgeous sequined evening dress-wearing lounge singers at the end. The sound (Matthew Kupferer) was overall pretty good. The music was performed live, with the musicians sitting on the stage and with the sound coming almost entirely through the speakers rather than sounding live. There were a few moments that the balance felt off, especially when the full ensemble was on stage, or some of the moments at the end with Audrey II singing. I would also like to point out the excellent hair design by Denyce Hawk, especially for Audrey and the chorus girls. The hair was another element that really helped transport us back in time to a sci-fi-fueled cold war era.

Little Shop of Horrors at BYU was a breath of fresh air. It was about as seamless as one could hope for, and it was an excellent example of what this show, and educational theater, can be. Though there were a few minor issues, the strong cast, beautiful design, and excellent direction made this classic script shine. It is well worth your time to check out this production. Just don’t feed the plants. 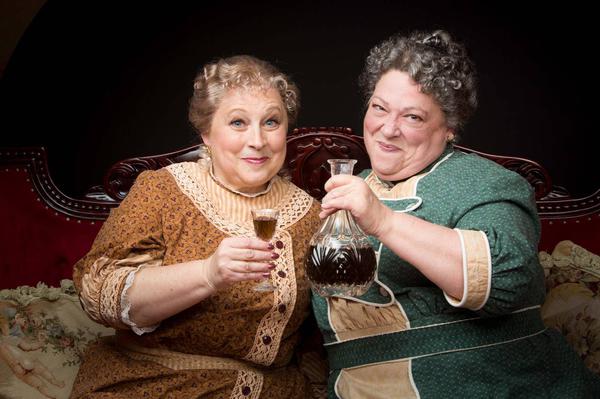 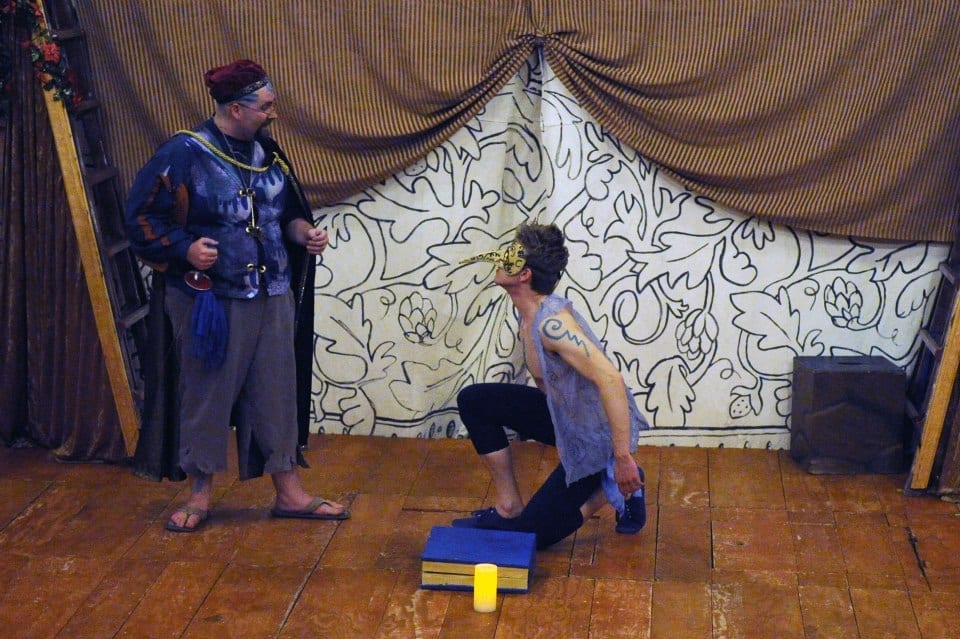 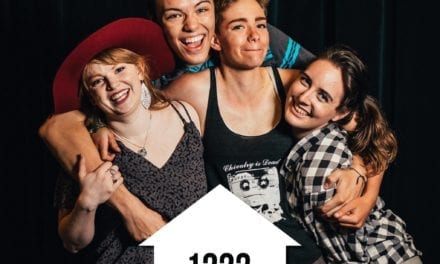