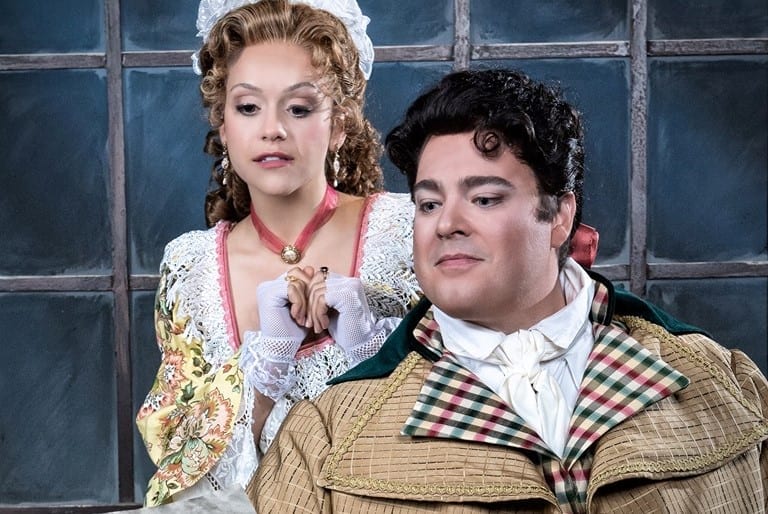 LOGAN — Wolfgang Amadeus Mozart’s The Marriage of Figaro—or for purists, Le Nozze Di Figaro—is a most glorious and joyful opera and about number five or six in the opera “top ten” of most performed operas in the world.  The only reason it’s not number one is because it’s so difficult. Singing Mozart is a killer anyway, but the singers in the production of Figaro at Utah Festival Opera & Musical Theatre stare death in the face and laugh. Each and every one of the singers are stellar. I’ve seen this opera about 15 times and know every note by heart as an opera lover, and the opening day performance was nearly flawless. There were some tempo problems and one or two pitch problems, but those will iron themselves out as the run settles in. In Figaro, the Count has his eye on Susanna, his valet Figaro’s bride-to-be. Susanna might just be a servant, but Susanna’s pretty savvy and determined that the Count won’t have his way—especially on their wedding day. When Figaro finds out the Count is “randy” over Susanna, he is outraged, but he’s got bigger problems: he owes money to a spinster who will only let the debt go if he marries her. Meanwhile, the Countess, totally in love with her husband, is sick to death of her husband’s philandering and enlists Susanna to help win him back. They all need the help of Cherubino, the lovesick youth who loves not just the Countess, but Susanna and frankly, anything in a skirt. After a day and night of disguise, mistaken identity, cross dressing—in the cutest sense of the word—and outrage, all ends happily with every lover in their perfect pair.

The bride and groom to be, Figaro and Susanna, played wonderfully and perfectly by baritone Brandon Hendrickson and soprano Rose-Antoinette Bellino. Both characters are genuine and likable. Hendrickson has a rich and full baritone that is both warm and biting when needed. Bellino sings in a clear and cozy soprano, cozy in that it carries me wherever she wants to take me, and I go willingly. She is lovely to watch, and I caught myself smiling throughout the performance. She is a delight.

Utah’s own Christopher Holmes plays the licentious Count Almaviva, who, much like Cherubino, chases everything in a skirt. Holmes is an expert musician, and his lusty baritone only gets better with every role he undertakes. Count Almaviva fits him well.

I must kowtow to Bridgette Gan who plays the Countess Almaviva, the long suffering wife of the womanizing Count. The Countess is a high-born woman who has made the gravest of mistakes: being in love with her husband. Gan is exquisite as the Countess. Her first aria that opens Act II, “Porgi, amor, qualche ristoro,” (or, “Grant, love, some comfort“) is beautifully sung and beautifully staged by director Suzan Hanson. The Countess stands, her back to the audience, framed in an archway, her thoughts assuredly on her husband. Gan sings this heartfelt aria wrenchingly, with artistry and amazing control. Hanson and Gan trust the music to carry the moment, keeping the action simple.  However, the moment is shattered by Susanna entering way too early before the end of the aria has time to settle. Gan’s Act III aria, “Dove sono i bei momenti” (translated as, “Where are they, the beautiful moments“) is just as exquisite with Gan adding embellishments and nuances I’ve never heard before, which deepens its lush beauty.

I have to mention conductor and maestro, Nicolas Giusti and what a musical treasure he is to Utah. His musical expertise is awe-inspiring. He keeps the tempo bright and moving, but perhaps, just a tad too rushed in Act III.

The rest of the production is fleshed out with just as good and just as exquisite performers. Alissa Anderson is marvelous as Marcellina, the spinster who is determined that the much younger Figaro will marry her. Anderson has an opulent and full-bodied contralto, as intense and robust as Marcellina. Marianthi Hatzis plays the classic, lusty Cherubino the hormonal teenager, and she sings her arias skillfully. I only wish that director Hanson would have pulled her back from pushing the comedy. Kevin Nakatani, a Festival Opera staple, plays Bartolo with fun and aplomb.

My only small complaint that does detract from the production is that the comic characters are a little too “buffo,” a little too cartoonish. Though it is a comic opera, in this time period where opera is heading towards a more realistic retelling and where the main characters play their roles honestly and forthrightly, to have the comic characters push the buffoonery too much makes the production seem a little dated and uneven and the comedy less effective. Still, Hanson does come up with come very funny bits that are handled perfectly.

Go to Logan to hear the singers, but even more than that, go to hear how Mozart weaves these glorious voices into a musical mixture that takes the breath away. His harmonies and counterpoints are masterful, the kind only a musical genius could compose. If you know this opera, go see it again to remind yourself of how wonderful it is. If you don’t know Figaro, go to make its acquaintance.

Utah Festival Opera and Musical Theatre’s production of The Marriage of Figaro plays at the Ellen Eccles Theatre (43 South Main Street, Logan) on July 25 and August 2, 2019 at 1 PM. Tickets are $16-79. For more information, please visit their website. 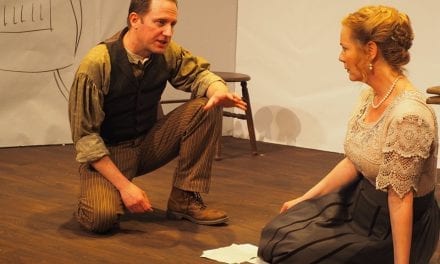 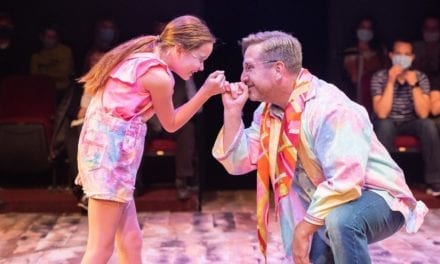