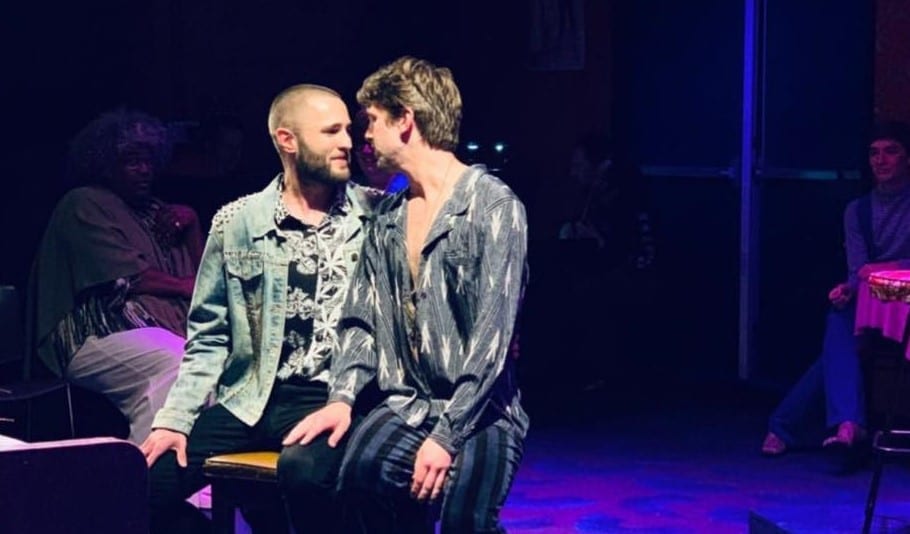 OGDEN — The View Upstairs, with book and music by Max Vernon, is a play that premiered Off-Broadway in 2017 that tells the story of gay night club that was destroyed by arson attack in 1973 in an act of anti-gay violence—an event that has largely been forgotten today but is revisited through a cocaine trip by a charming yet self-absorbed character from 2017, Wes, played by John Patrick McKenna. Wes is a clothing designer who lives a life full of social media and has recently purchased a building in New Orleans that was the scene of a horrific hate crime at a time when being a homosexual was something that was illegal and hidden. To be honest, it took me a minute to catch on to the production, directed by Robert Scott Smith, which could be easily blamed on my long week at work and the fact that the night before I had been camping with my noisy stepchildren. But it could also be that for a moment Vernon’s script and the fantastic set by Austin Hull, Smith, and Alicia Washington had us hovering between 1973 and 2017. I was not sure what was happening and what story they were trying to tell, but in a glorious moment that is not something that is meant for a critic to explain, the magic of what theatre is meant to do hit, and the imperfections of cast, crew, script, and design came together to bring the moment that playwrights and creatives hope for: that moment where something shifts and it is understood why a story is told.

For this critic, that moment for this production came with the whole ensemble singing the song, “World Outside These Walls,” to Wes. This moment is what made the show worth the price of admission. The most haunting lyric was, “the best revenge is just to stay alive.” My day job is working with refugees, and that sentiment is too familiar when working with refugees. I was impressed with the ability of the whole cast to teach the idea of privilege to someone who would have traveled back in time and who would have had no idea what it would have been like to not be able to be out and proud.

At the same time, having been born in raised in Utah, I know that it is not the easiest thing for Good Company to mount such a production in the heart of the mountain west, so I commend producers Alicia Washington and Camille Washington for once again pushing the envelope and telling the lesser known stories. I found myself just like Wes, realizing how simple my life is in comparison to those who came before me. I have seen music director Ginger Bess Simons in a few productions, and every time she continues to amaze and astonish. Her ability to take a small number of musicians and make it seem like a large orchestra is nothing short of spectacular. Seeing as the action takes place in a music lounge, the sound is key to the story, and I was so glad to see that Simons was at the helm of the ship.

In such a short review it is impossible to call out the full cast and creative team, but a few highlights included: Riley French as Patrick, a young hustler with a complicated backstory showing how difficult it was to live as a gay kid in the 1970s, and Yoah Kristine as Henri, a bartender and a mother figure for the family created when the families of origin reject a member. What was more impressive than any single person was the consistent flow of the characters as an ensemble. There has been talk recently on the national theatre scene of the need for a category for an ensemble award in the Tony Awards, the highest American Theatre Award. A show like Good Company’s The View Upstairs is a good reason why such an award is needed.

The show was not perfect in it’s execution, and it should be pointed out that there is mature content, especially exploring themes of drug use, homosexuality, hate crimes, and violence. However, this cast worked seamlessly well together. There was no standout performance or star in the ensemble—a good ensemble characteristic. Good productions should not always be about the one shining person that gets the standing ovation, though Taylor Knuth as Freddy singing, “Sex on Legs,” in a dress made by Wes out of an old curtain and duct tape may have deserved one. Good productions are about whether or not the cast dug deep enough into the subject matter to make someone think enough about their biases or life to consider changing. I know I had a lot to think about as I drove home. And that phenomenon is what makes good theatre. 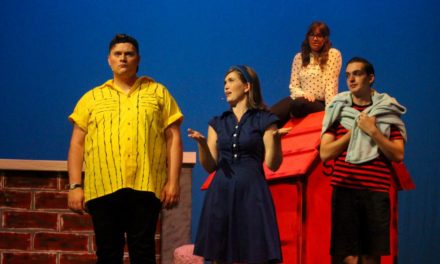 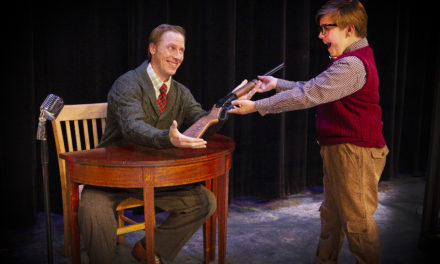 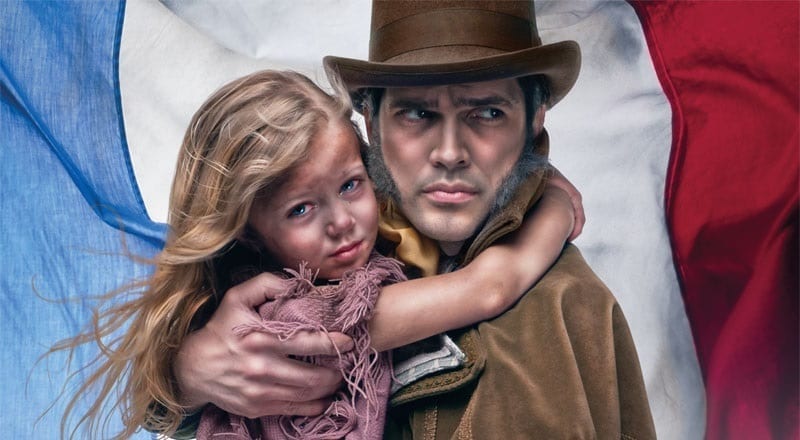