SALT LAKE CITY — The Great Salt Lake Fringe Festival always surprises me with the types of shows they host. My Suicide Note was actually a stand-up comedy created and performed by Collin Williams, telling about his pathway to achieving a free-range organic death due to how difficult his life had become. With a foundation of some serious issues, the humor could be (depending on the person) cathartic, therapeutic, helpful, or triggering. It all depends on whether an audience member accepts or reject Williams’s act. I chose the former.

Williams had some wonderful moments throughout his act, like when he talked about divorce as a way to get a couple to stop fighting, or about the beginner’s arrest set made by Hello Kitty. He also threw in all sorts of fun references like Star Wars, The Princess Bride, The Lord of the Rings, Calvin and Hobbes, and many other favorites from pop culture. I appreciated Williams’s energy throughout the show, and though the jokes were about serious and sensitive topics, he was still able to pull the humor to the forefront. This was especially helpful for me when the show turned dark. Williams also got very emotional, tearing up during the horrific parts of his story, which helped me feel that even though he was joking, he wasn’t taking the sensitive topics he discussed lightly.

What I loved about this show overall was the fact that Williams was making the topics of suicide—and basically all the worst secrets people tend to hide—into something easy to talk about. I think when people’s struggles with thoughts of self-harm or with their past are kept secret, it inhibits healing, improvement, or understanding. And that is what My Suicide Note showed me. Williams wanted people to hear and understand his terrible life experiences and the lives of many in a way they could easily accept and embrace. He mentioned a few times the desire that secrets could be shared to get help, and that people could find hope.

While the content is for mature audiences, I didn’t leave feeling uncomfortable or needing to cleanse my mind. The power of his show is in Williams’s focus on being open. As he was more open with the audience, I felt I could be more aware of others’ needs better. Williams is an outstanding comedian who has toured nationally with this show and is preparing a sequel which he gave the audience a small taste of before ending. If the sequel is as hilarious as My Suicide Note, I hope to see it soon.

My Suicide Note was part of the Great Salt Lake Fringe Festival. For more details about scheduling and ticket prices, visit www.greatsaltlakefringe.org. 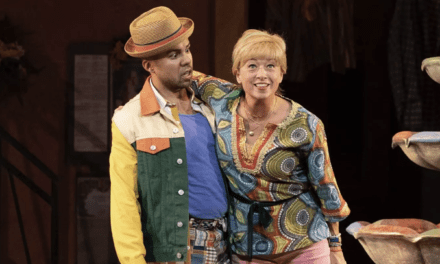 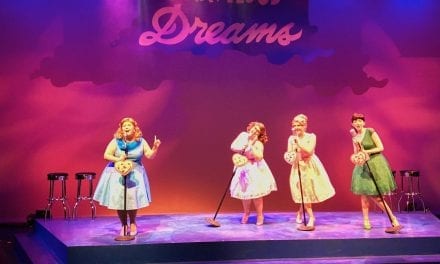