A Fresh Take on a Horror Class: Interview with Johnny Hebda about the Utah premier of Carrie. 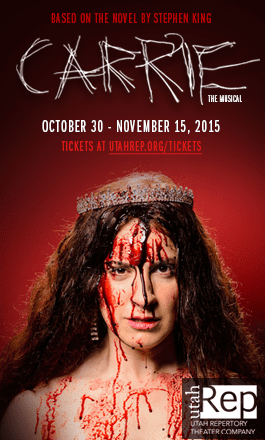 Johnny Hebda is a familiar name in the Utah theatre community.  He is an actor, director, producer and one of the founders of Utah Repertory Theater Company.  In the last three years Utah Rep has made a name for itself as a company to follow for edgy contemporary theater in Utah.   His most recent directorial project, the musical Carrie, makes it’s Utah debut just in time for Halloween.  Hebda talked to us about starting his own production company, and why the story of Carrie endures. UTBA: How did you first get involved in theater?

HEBDA:  I have been involved with theater since a very young age.  Growing up in piano lessons at age 4, I knew from a young age that I was destined to be on the stage.

UTBA: You are one of the founders of Utah Rep, can you tell me about starting your own theatre company?

HEBDA: In conjunction with my Masters Degree in Directing which I completed as an independent study project at Roosevelt University, I needed to direct some theater productions locally.  That was the starting point, combined with my entrepreneurial spirit and business experience, it morphed into a full fledge theater company.  It has been a learning and growing process, and I am still learning.  But it has been the best education I have had to date, and I have become a better artist as a result of the experience.

UTBA: What need is Utah Rep filling in the Utah Theater Community?

HEBDA: Utah Rep has a mission of bringing Utah Premieres and over-looked classics.  We stage 3 musicals and 2 non-musicals per season, and strive for a diversified season of productions ranging from contemporary rock musicals to the classics.  We collaborate with a wide range of directors and actors to provide a unique voice.  Each of our productions are widely different from one another.  We take risks on shows that we select and present shows in intimate venues.  We have a mission of focusing on the artists and acting as the top priority of each show, and allowing technical elements to be a support rather than the focus of the budget.  Between 40-50% of our budget goes to artists and designers, which is a drastically different model than most of the theaters in the state that expect artists to volunteer their time and use budgets on elaborate sets and costumes.  We attribute the high quality of our productions and the talent that we attract as a direct result of this mission.

UTBA: Carrie is pretty well entrenched in the culture, even people who haven’t seen the movie or read the novel are familiar with the basic elements, what does Utah Rep’s production bring to the story? HEBDA: This will be a unique approach to the well known Stephen King story.  The musical adaptation brings a unique experience to the show in and of itself.  Carrie is infamous for being one of the greatest Broadway flops of all time when it first debuted.  However, the 2012 revival that ran Off-Broadway, significantly improved the book and gave a contemporary flavor to the score making it a very impactful yet thought provoking piece.  Unlike many film to musical adaptations that often come across as tongue and cheek in style, “Carrie the Musical” has a lot of heart.   I have directed it much more as a tragedy (with a focus on anti-bullying) while maintaining the horror aspects of the film.  I believe audiences will be moved in a unique way by the poignant message and experience the production in a way that they have never viewed Carrie before.

UTBA:  Why do you think Carrie continues to resonate with modern audiences?

HEBDA: The theme of accepting others that may be different or strange, showing kindness to those who struggle to fit in, and the dangers that come of bullying are universal messages that are important to share and embrace.  Many people connect with the character of Carrie, and the struggles that she experiences in her home life and school during the difficult teen years.  I think that the dangers of religious fanaticism and mental illness are also pertinent themes in Utah, and the “fire and brimstone” approach of Margaret White in her upbringing of Carrie, leads to extreme abuse and intense guilt that affects Carrie’s interactions with other students.  Abuse mixed with religious fanaticism is the scariest type of villain, and sadly we all know a version of Margaret White.

UTBA:  As a director, how do you approach a piece that is so iconic?

HEBDA: I have studied the book, the movie adaptations, both the original and revival productions of the musical and read notes and feedback from the author and composer.  I have allowed all of this source material influence aspects of my directing.  However, I am directing “Carrie” set in 2015 and incorporating modern elements in design and direction to make the story relevant and relatable.  I believe that I have made some bold choices that will make the production fresh to audience members familiar with the original, though accessible to newcomers alike.  I have directed it very dark in nature, and not shied away from the disturbing themes of the production, such as abuse and bullying.  I truly want the audience to feel empathy for both Carrie and Margaret and come away from the production being entertained and shocked (as audience members expect when they go to a Horror Film), yet impacted by the themes explored at the same time.  Those are my personal goals in my direction of the production and feel confident that I will accomplish both of these concurrently.

UTBA:  You say that this show is an immersive experience, can you tell me more about what you mean by that?

HEBDA: I have chose to set Carrie the morning after the destruction of the school.  As the audience enters the converted space, they are entering the “crime scene” from the events that just occurred.  Audience members will sit on the school bleachers, where the “spirits” of the students who were killed by Carrie the night before linger in the school.  As Sue, the lone surviver, is questioned about what happened, the spirits of the students and Carrie and transformed back into life in a series of flashbacks leading to the present.  The audience becomes a part of the story and a part of the school as they piece together what happened from the viewpoint and mind of Sue.

UTBA:  What does the future look like for Utah Repertory Theater?

HEBDA: I couldn’t be more excited for how our first 3 seasons have gone.  And I believe that we continue to gain momentum each year and have attracted a unique audience that appreciates the type of theater we are bringing to Utah.  We are compared to the type of theater that is prevalent in Chicago, LA and Off-Broadway, where local theatergoers often have previously had to travel to in order to see contemporary musical theater and edgier/riskier works that most theaters here are afraid to approach.  I am excited for a lot of the titles we have planned the next few seasons, starting with Stephen Sondheim’s “A Little Night Music” which hasn’t been seen in Utah in over 20 years.

UTBA: Is there anything else that you want our readers to know?

HEBDA: I believe that we have assembled the most talented young musical theater performers in Utah, all together in this unique premiere.   This is a cast of triple threats combined with a score full of high energy and showstopping numbers that will keep the audience engrossed.  The music direction by Kevin Mathie, the live band, and contemporary choreography encompassing modern dance and hip hop, under the amazing talents of Ashley Carlson is sure to satisfy audience members young and old.

Utah Repertory Theater Company’s production of Carrie, the Musical plays October 30 thru November 15th at the Gateway Mall. Tickets are $15-18. More information can be found at UtahRep.org. 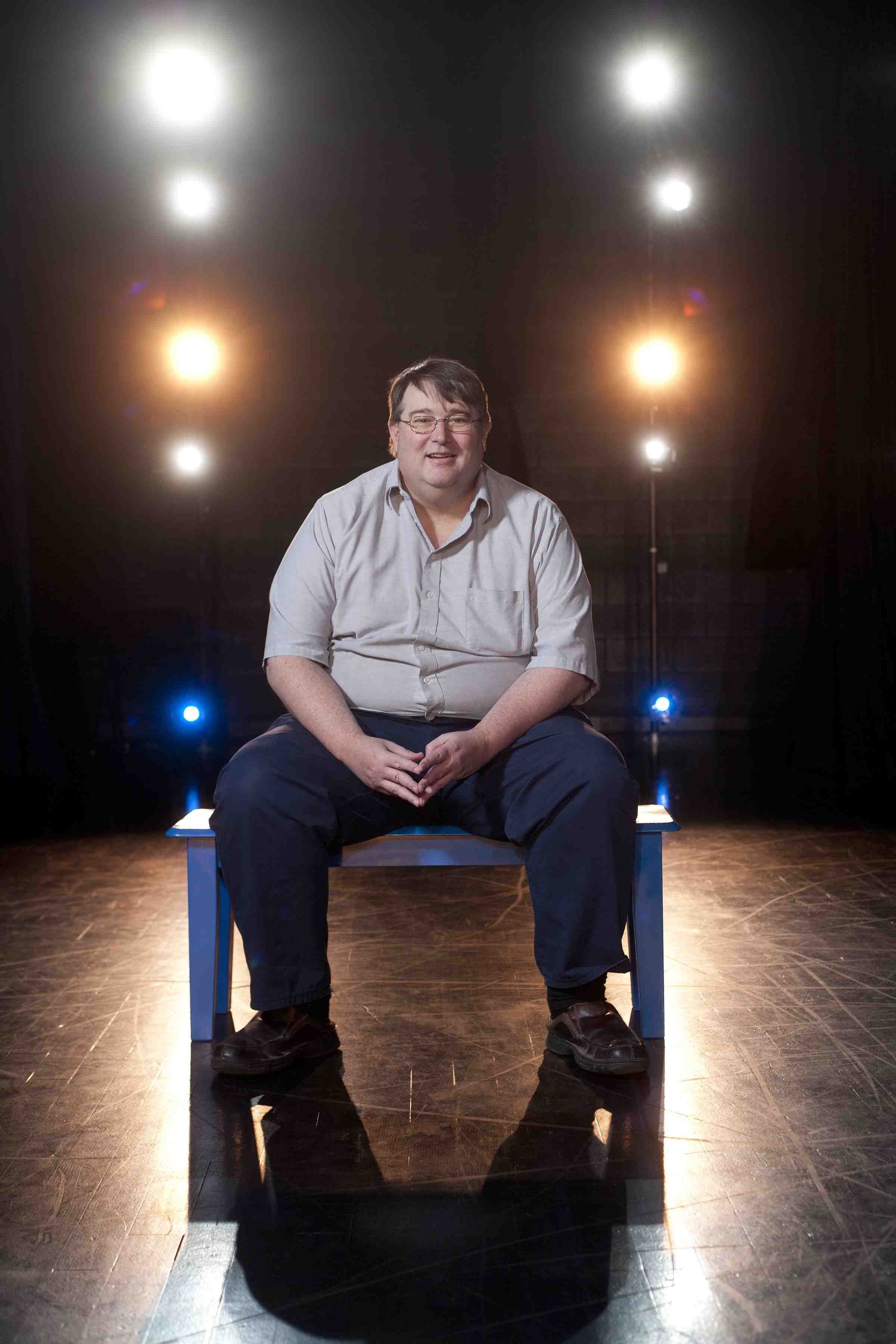 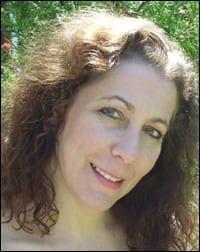