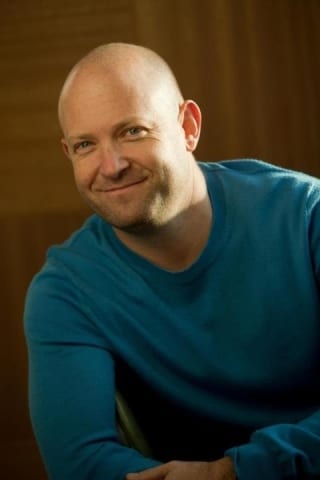 Named for a bear-baiting champion animal immortalized in Shakespeare’s  The Merry Wives of Windsor and paraphrasing  visionary director Peter Brook on their website with the statement “theatre: holy, rough, immediate”, Sackerson is a new theatre company grounded in history yet focused on innovation. It’s the product of the collaboration between Alex Ungerman (co-founder and former artistic director of Grassroots Shakespeare Company), Daniel Whiting (production technical director for the UVU theatre department and current Grassroots Shakespeare artistic director), and Dave Mortensen (founding editor of Utah Theatre Bloggers and theatre producer).

Sackerson had a successful debut at the Great Salt Lake Fringe Festival with Poppy’s in the Sand and kept the buzz going with the novel Before the Beep, a play told over 30 days featuring daily recorded episodes in minute intervals that audience members called in to hear. Now Sackerson has joined forces with Christopher Layton Clark for Bride of Frankenstein, a multi-media performance that utilizes the original soundtrack from the 1935 film of the same name in collaboration with live actors and dancers. Where did the idea for the re-adaptation/recreation come from?

CLARK:  I’m not totally sure where the idea came from. I just really love the 1935 movie and I wanted to create an homage to it. It didn’t seem enough to just mount the screenplay, though. I wanted to honor the words, as spoken, by these original actors. It didn’t matter how we staged the production, or what we visually wanted to do, we were always tied to the original soundtrack. So the original film production is always with us, and I love that. It’s our way of honoring the film while creating our own piece of theatre.

The piece kind of defies definition. How would you describe it for potential audience members?

CLARK: It’s a film recreation. I think calling it a “lip sync” isn’t enough; it’s more than that. Lip-syncing is just the process, not the product. It’s turning film into theatre and giving an older piece of art some new life. It’s also physical theatre; so much of this production is based in movement and dance. I think you could take the verbal soundtrack away completely and still enjoy it on a purely visual, sensory level. What brought you to work with Sackerson?

CLARK: Daniel Whiting and Alex Ungerman are my former students at UVU. And two of the finest, most hardworking and creative people I know. I was thrilled to work with them as peers. And Dave Mortensen and I worked together for several years in another production company. He’s an amazing producer and such a great supporter of local theatre.

There are potentially hot-button themes in the original “Bride” (playing God, reforming nature, making over a woman to fit specifications, etc.) Did these themes influence the current production?

CLARK: There are definitely hot button themes involved in this story. I think one of the most fascinating involves the progression of the monster, who starts the piece as a lumbering murderer but softens as he experiences tenderness and the desire to connect. I think the piece says a lot about the way we treat outsiders. But, like the original Frankenstein film and novel, it also asks important questions about what it means to play God. And I think there are important questions to be asked about a group of men conspiring to create a woman. I changed the ending somewhat to reflect this. I’ll let the audience decide what it all means! How would you describe your directorial process? Did it change for this project?

CLARK: I always try to be collaborative as a director. I’m not interested in puppeteering actors. Especially in a piece like this. It’s important to me that everyone has a voice in the conversation. My job is to create a clear vision and then help the actors and designers to play as much as they want in that world. This piece was no different. The only major difference between this and anything else I’ve done is the fact that the text was already created for us; our rehearsals began from day one with the audible performances already produced. So our work was making choices and creating visuals that were both interesting and relevant and yet still matched an 80-year old audio recording. It was a major challenge and lot of fun.

Your performance space is warehouse. Did you find that the unconventional space allowed for more creativity? Or was it an obstacle to overcome? CLARK: The warehouse has been fantastic, though it wasn’t until later in the game that we were able to explore it. We rehearsed much of the production in a smaller studio. So once we got in the space we realized that we needed to make bigger, bolder choices. We had to literally fill this space. But the warehouse also gave us some really great options for staging and creative movement. It was so fun exploring it during rehearsal. Plus, there’s nothing that can compete with the warehouse for overall mood. It’s awesome.

What was the most challenging aspect of this production?

CLARK: The most challenging aspect of this production was finding specificity and matching the sound of the 1935 film. It’s just a challenge with something like this, and I’ve never attempted it before. I’ve never actually seen this done before. Certainly I’ve seen lip-syncing, but never sustained for a full hour. It’s not just matching mouths, it’s matching breaths. And clinks and clanks in the background. The goal is for the audience to forget that the actors are lip-syncing, and I think the actors have done a fantastic job. Nobody will ever know how incredibly difficult their job is. I’m amazed by their work. What do you find most exciting about this production experience?

How does the realized production compare to the original concept idea?

CLARK: The realized production is far more beautiful and touching than I expected. The designers on this show have created a visual world that is unlike anything I’ve ever seen. And the actors have worked hard to make an incredibly challenging concept come to life. Everyone involved has given the production so much passion and love. And I think you can see it on stage. It’s a collaborative piece that I’m very proud to be a part of.

What would you like to see more of in the SLC theatre scene?

CLARK: I think SLC has an already impressive theatre scene. We have some amazing artists working on every level. People outside Utah have no idea what we have going on here. I just think we need to continue finding avenues of theatre on every level. We need to keep exploring and creating in our own ways, but more importantly we need to keep supporting each other. We can’t say something isn’t our “thing” when it comes to theatre. If we love theatre then everything is our “thing.” That’s how theatre thrives in a community.
Sackerson’s production of Bride of Frankenstein plays thru October 31 at 8 PM, with special performances Halloween weekend at 11 PM. All performances are located in a nondescript warehouse at 1030 South, 300 West in Salt Lake City. The average ticket price is $20 with discounts available for online purchases. Ticket prices get higher for performances later in the month. For more information, visit Sackerson.org or Bride-Of-Frankenstein.com. 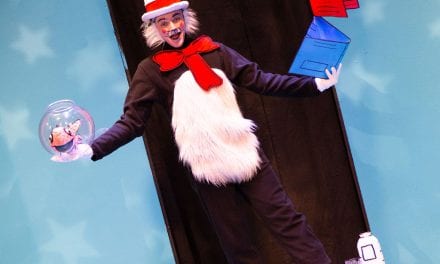 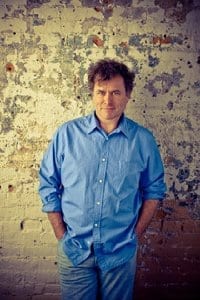 Comedy, philosophy, and the appeal of the theatre: playwright William Missouri Downs on his process and SLAC’s premiere of MR PERFECT