MURRAY — Let’s just get it out there: though I’ve enjoyed Desert Star productions in the past, their current production, ProvoCop, is not a show I want to see again. But as any former patron of the playhouse can tell you, the play isn’t the only performance of the night. After ProvoCop comes the Prom Night Olio, a skit and song musical review focusing on—you guessed it—the prom. The humor (I believe I snorted at least twice) and chemistry of the actors during the Prom Night Olio was a direct contrast to the flat, drawn-out, and frankly boring ProvoCop which proceeded it. As both performances have the same cast, it became apparent to me that the fault of ProvoCop lay in its script (written by Ben E. Millet), not in any lack of talent from the performers.

Desert Star’s ProvoCop is a spoof of the RoboCop film, but in this version, the cop-turned-robot is a straight-laced Mormon police officer from Provo whose main objective is to protect Provo from the evil of caffeinated beverages. Provo “crime boss” Big Luau (Dan Larrinaga) is ProvoCop’s biggest opponent, as Big Luau is trying to get rid of ProvoCop (Ed Farnsworth) throughout the course of the show in order to keep selling now-illegal caffeinated drinks.

Obviously written to pander to local audiences (which most shows at Desert Star are), RoboCop just can’t overcome the problems with Millet’s script. Millet has produced over two dozen shows for Desert Star, so obviously he’s a seasoned and usually successful comedy writer, but in this case, it just didn’t work. The script lacked a clear genre to parody and ended up awkwardly in-between adventure, cop show, and just general goofiness. Also, the humor in the script was often reaching for laughs in an embarrassing kind of way, particularly in scenes between the villainous trio of Big Luau (Larrinaga), Wrench (J. Tyrus Williams), and Thelma (Sara McDonald). Overall, the lines just felt sloppy and mistimed and the funny moments merited little more than polite laughter.

Another weakness of the show lay in its songs, which had moments of humor but were mostly, again, flat. Commissioner Gorton (Danny Eggers) opened the show with a parody of The Music Man’s “We’ve Got Trouble.” The song had some funny moments—especially in the spoken “warnings” of the song—but Eggers’ voice was so overly scratchy and gruff that the song itself was unpleasant to listen to. Other spoofs that didn’t work for me were “Filthy Rich,” sung by Larrinaga, which felt way too long and drawn out, and “Whatever Thelma Wants” (a play on “Whatever Lola Wants” from Damn Yankees) which, though sung well by McDonald, was pretty ho-hum due to a lack of more interesting choreography.

All of the actors played their parts well; the script just wasn’t funny, nor did it allow for the performers to have the usual Desert Star freedom to improv and play off the audience. Perhaps director Scott Holman could have given the actors more leeway to go off-book and play off each other. Or perhaps it really was all the material’s fault—but either way, the show was awkward overall, though it admittedly got better as the show went on.

There were of course elements that succeeded in ProvoCop. The technical aspects—from Lynn Funk’s costume design to Josh Manning and Brian Tolman’s lighting—worked well. My favorite costume of the night was Thelma’s fabulous black glitter dress, though the all-black, armored ProvoCop outfit was a close second. The lighting switched from full-stage to side-stage moments flawlessly, though the sound had some static on at least one of the mics. The set design (designer uncredited) had both form and function, particularly during the library scenes—during which the audience could see “protestors” through the windows, which was a fun and unexpected element. I also enjoyed the design of Big Luau’s office, which was a tiki-hut styled haven, including impressively large tribal masks with red glowing eyes.

My favorite performers of ProvoCop included ProvoCop himself, played by Ed Farnsworth, who did a commendable job being robotic in movement and voice (and hilarious whenever he said the word, “lib-a-rarian”). Farnsworth was also able to maintain a boyish charm, even while acting the part of robot, which made him endearing. Another favorite of the night was ProvoCop’s main love interest and Provo librarian, Sheri Lynn Wilkinson-Marriott, played by Ashley LaRue Haslem. Haslem gave the character of Sheri a fun geekiness, innocence, and an incredible singing voice. The picnic scene between ProvoCop and Sheri was one of my favorites of the night and was funny and sweet.

If the second show, the Prom Night Olio, had been the only one of the night, I would have wanted to come back for more. The star of the Olio was Dan Larrinaga, whose impressive improv skills brought down the house, particularly when Larrinaga wrangled up an unsuspecting audience member and used him as a human ventriloquist dummy. It was honestly the highlight of the night, but it also made me realize how underutilized Larrinaga’s talents were in ProvoCop. The singing in the Prom Night Olio was also amazing, particularly during Jason West’s (who in ProvoCop played Dr. Brainiac, the inventor of ProvoCop) “The Way You Look Tonight” (which made me swoon), Dan Larrinaga’s “Faithfully” (which was both funny and rich in timbre), and pretty much anything that Ashley LaRue Haslem sang. The choreography (by Allison Anderson) in the Olio was a huge improvement from the moves seen in ProvoCop, particularly during fun throw-back numbers such as “Footloose” and “Ice, Ice Baby.”

Though I admittedly didn’t care much for ProvoCop, I was happy the evening ended well with the Prom Night Olio. All of the laughter, chemistry, and entertainment I’d been missing in ProvoCop were there above and beyond expectations in the Olio, but for this reviewer, it felt like it was too little, too late. Here’s hoping the script can be tightened and the cast can figure out how to add the spark found abundantly in the Olio also into ProvoCop. 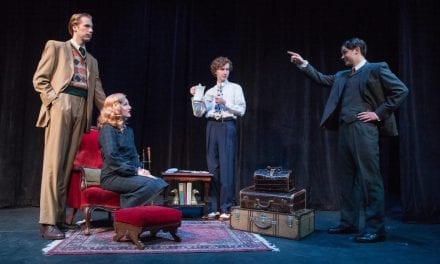 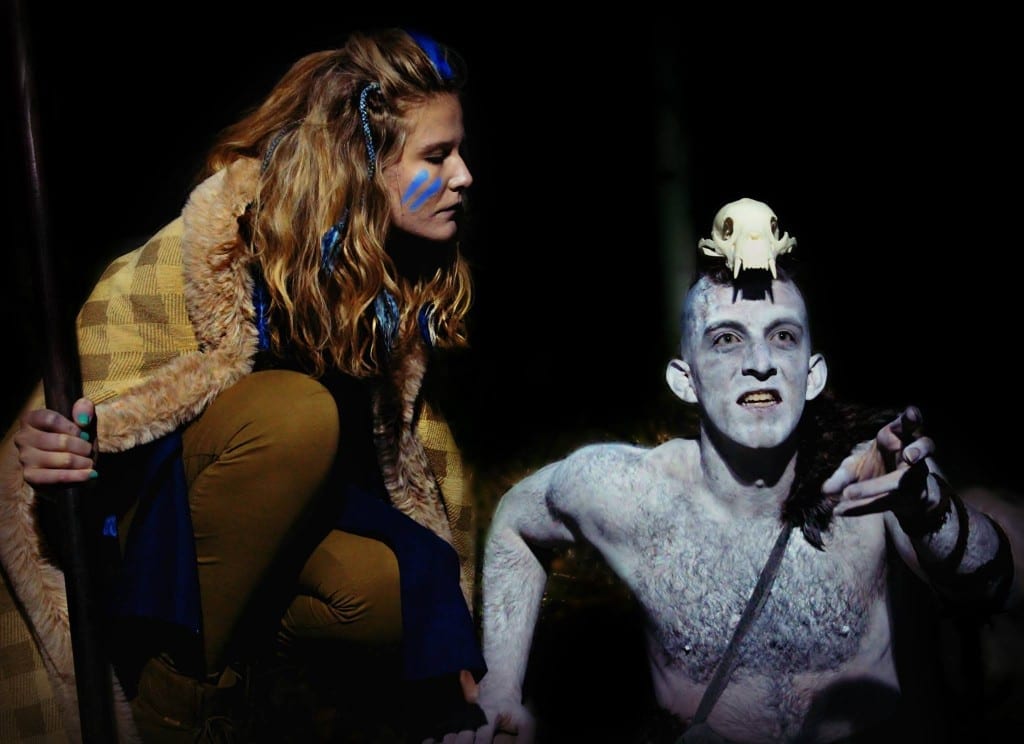