WEST VALLEY — I am sick of the musical Les Misérables. Having seen three other stage productions and the atrocious film adaptation, I have had enough of pathetic little Cosettes, recitatives, and corpses on the barricades. But even a jaded veteran of Les Mis must admit that the show is a great accomplishment in musical theatre. Few musicals have as many messages or touch so many hearts. And at the Hale Centre Theatre I found myself carried away by Claude-Michel Schönberg‘s score and Herbert Kretzmer‘s lyrics (based on Alain Boublil‘s French lyrics).

Kyle Olsen starred as Jean Valjean, the paroled convict who is relentlessly hounded for years by Inspector Javert (played by Preston Yates). Olsen has the charisma and vocal power to carry his role for the entirety of the show’s nearly 3-hour duration. His rendition of “Bring Him Home” was an emotional highlight of the evening, and Olsen capably bared Valjean’s soul to the audience. Olsen was also aggressive and powerful when saving Javert’s life after the first attack on the barricade. Yates’s Javert took longer for me to accept (probably because of my own cynicism), but his performance of “Stars” was masterful in both its vocal and emotional dimensions. Yates reached his pinnacle in Javert’s suicide scene, which was wrenching. Yates clearly showed his character’s deep, irreconcilable internal conflicts that made taking his own life inevitable. Both men gave Equity-quality performances. Preston Yates as Javert and Kyle Olsen as Jean Valjean.

Anna Daines Rennaker played Eponine with the tortured self-sacrifice that is synonymous with the role. Her “On My Own” brought audience members around me to tears. Rennaker excelled at showing her character’s puppy-like devotion to Marius (played by Tim Cooper), even when it meant she was helping him be with another woman. Cooper had the vocal talent for his role (as shown in “In My Life” and “Empty Chairs at Empty Tables”), but I was never fully convinced that he had the charisma to have two women fall for him. Nevertheless, Cooper had excellent camaraderie with his fellow students, and I knew why Marius would choose to risk his life for their cause.

Among the principal cast there were no weak links, and I think that as a whole they show the astounding quality of Utah’s talent pool. The entire ensemble was capable of meeting the demands of the score, and they helped establish the desperate mood of the slums of Montreuil-sur-Mer, the festive environment of the wedding, and the frantic action of the barricades. However, the ensemble was unenergetic in “Do You Hear the People Sing?” where the revolutionaries moved around the stage like they were on a leisurely stroll through the park. Their “Master of the House” was boring, and the crowd looked exactly like a  musical theatre number, not a rowdy drunken crowd in a bar. David Tinney‘s direction follows the template established by Les Mis‘s long history, and he creates scenes that match most audience members’ expectations. Tinney tells the complicated story of Les Mis well and doesn’t miss an opportunity to recreate an iconic moment. Audience members who want flag-waving rebels, a barricade made from discarded objects, and a desperate Fantine will get what they expect. On the other hand, Tinney’s direction doesn’t provide anything new. Some readers will find this fact comforting, while others will decide that the production isn’t worth seeing because it has little new to offer. And although Tinney’s direction was successful in most scenes, I couldn’t ignore the details that he overlooked. The death of Gavroche (Wally Inkley) was staged in a sloppy manner that robbed the moment of its emotional power. Additionally, by having armed women at the barricade it became unclear why Eponine needed to dress as a boy. Finally, in group songs where many actors would take turns singing (such as “Red and Black” or “At the End of the Day”), it was often difficult to figure out who was singing. It was little details like this that prevented me from fully enjoying the show. However, these flaws will not be noticed by most audience members, and if I were not taking notes for a review, I probably wouldn’t remember most of them after I left the theater.

It’s fitting that a show known for its beautiful score and message should also offer audiences visual beauty. Brian Healy‘s lighting design was the most outstanding technical element in the show, especially in the barricade attacks. I also liked the memorable little lighting effect that Healy created for Fantine and Valjean’s deaths. Peggy Willis and Suzanne Carling‘s costumes were beautiful and established the social class and purpose of each character. Kacey Udy‘s set design helped move the action from place to place quickly, and the bridge design made Javert’s suicide the best I’ve seen on stage. However, the tables at the factory and the boat at the beginning of the play could not be moved without causing a lot of unwanted noise. Moreover, the set for the prostitute scene was bulky and blocked the view of about a third of the stage.

Finally, I am confused by the producers’ logic about censorship. Apparently the producers of Les Misérables believe that their audience can’t bear hearing the words “shit” and “bitch,” but should watch a scene full of prostitutes. This stance on censorship is nonsensical and indefensible. This isn’t the first time I have seen language unnecessarily censored at the Hale Centre Theatre, nor are they the only theatre company in Utah that does so. I understand the wisdom in making changes to accommodate local sensibilities, especially altering language in which the name of deity is used disrespectfully. But the changes in Les Misérables were particularly clumsy, and—given the nature of some of the intact scenes—nonsensical.

Despite my cynical attitude at the beginning of the play and the misgivings when it was over, I believe that the Hale Centre Theatre Les Misérables is an admirable production. It’s not a groundbreaking production, but its beautiful messages of redemption, love, and bravery will still resonate with many. And even this cynic was whistling some of its most famous songs as I left the theater.

Les Misérables plays nightly (except Sundays) at 7:30 PM, Fridays and Saturdays at 4 PM, and Saturdays at 12:30 PM through April 19, with additional performances at 4 PM on April 10 and 17. Tickets are $16-32. For more information, visit www.hct.org. 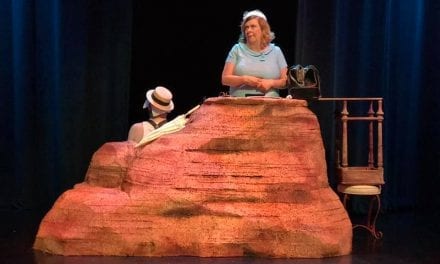 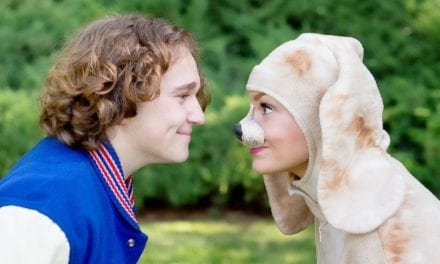