“The opposite of war isn’t peace, it’s creation!” These are the words of Jonathan Larson, the creator of RENT. After talking with William Cooper Howell, director of Utah Repertory Theater Company’s upcoming production of the play, I can see that he has clearly taken this idea to heart. It’s no small task to take on the clearly deep-set cultural identity that makes up Utah, but Howell’s ideas of art and collaboration seem to be strong arsenal in breaking down these walls. At least, that’s the impression I got after talking with him about what he has in store for us as opening night draws closer. There’s only so much a plot synopsis can do to describe what’s at the heart of this work, and luckily, Howell was willing to shed light on this unique process. UTBA: Tell me about you involvement in Utah Repertory Theater Company. You’ve been with them for a while now, right? How did that relationship start?

UTBA: The Project, the space where you are performing in, is a relatively new venue. Why did you choose it? What are your opinions as to its potential as an arts space?

Cooper: The Project is legit! It’s a huge industrial warehouse, just like the one Mark and Roger live in in the story of RENT, only four times the size. It’s a perfect rock concert venue. Its works wonders. I think it’s a wonderful bohemian art space. You just have to be creative on how to use it.

UTBA: So why RENT? What in this play do you feel fulfills the mission of Utah Rep, and why do you think this is a play for Utah to see now?

Cooper: Why RENT? Why not RENT? It’s a beautiful show for any climate, culture, or part of the world. I think it fulfills the mission of Utah Rep by bringing to the forefront shows that have strong meaning. In my experience of Utah I see it as a place where a lot of people are trying to become something that they aren’t so they can fit into a perfect cultural mold. RENT is a beautiful show about accepting what is the reality in your life and owning it.

UTBA: The process of creating a show always has surprises that can’t be accounted for in advance, and I’m sure your production is no different. What are some of the difficulties you’ve encountered in mounting this show?

Cooper: We have had quite the experience putting this show together. It’s been a very bohemian experience, to say the least, and there are way too many things that have gone wrong to put into a short interview. However, more importantly, more things went right and that’s what matters. Just like the show RENT, we have characters dying of AIDS and addicted to drugs and homeless; but the point of the show is “forget it, no day but today,” focus on what you have to offer the world.

UTBA: What are some of the other rewards that have come out of putting this show together.

Cooper: Honestly, the biggest reward I get is watching 20 of the most talented people I know rock out onstage to Jonathan Larson’s music. Also, the idea of putting together a show that means so much to me and watch it (hopefully) touch and change peoples lives like it did mine. That’s a huge reward. UTBA: Tell me a little about your cast for this show. What have they been like to work with?

Cooper: When casting this show I wanted to make sure that every single member of the cast, from Mark Cohen (the narrator) to the bag lady, had a rock star quality. Every member of this cast can dance, every one of them has a powerful solo voice, and they all play multiple characters. The talent is really intimidating and amazing to me. They were a dream to work with and this is their show.

UTBA: As a director, what are you trying to bring to the table with this show that hasn’t already been explored by past productions in the area?

Cooper: This production of RENT is a different production than a lot of people are used to. The original 1996 version of RENT is so famous that every production after it worships the original ideas, costumes, vocal riffs, make-ups, casting types, set, and lighting that the original had. It’s easy to become desensitized to the messages of RENT when we know by heart every movement and choice of a production that is now almost 20 years old. So I wanted to go back to the source material and explore the themes that are being presented and present them in a 2013 way. Rent is very much a period piece now. Things in 2013 are very different then they were in 1989-1990 when the story takes place. We created our own way of telling this story that is much more organic to the 20 member cast we have now. There is a lot more movement. There is a lot less set and costumes. The actors have truly made their characters their own and have not replicated the famous performances of Anthony Rapp and Daphne Rubin-Vega. I want an audience member, familiar with RENT, to come to this production and forget everything they knew or expected from a production of RENT and get lost in the storytelling, allowing the message to come to them in a new way.

UTBA: Is there a number in particular in this show that you are proud of? One that stands out and you know audiences will be wowed by?

Cooper: Two numbers come to mind: the first is “Will I?”. In this production we’ve given every member of the AIDS support group a solo where they sing a section of “Will I lose my dignity?” and the five of them sing this song with so much conviction and heart that its sometimes unbearable. The other one is “Without You”. It’s a huge modern movement exercise that adds a huge layer of depth to the lyrics that Connor Norton beautifully sings. But there are so many moments! UGH! Trent [English], our Roger, playing “One Song Glory” with his own guitar, Karli Rose Lowry’s nuts performance of “Over the Moon”, the huge cardiovascular achievement “La Vie Boheme” is—there are so many great moments.

UTBA: Are there any last thoughts or impressions you’d like to leave us with?

Cooper: Come and be entertained, moved, and changed. I remember so many people telling me before I saw RENT that it was a “disgusting show about Sex, Drugs, and Rock and Roll” and while those are elements to the story, it is actually a very powerful piece about unconditional love and the power of self-acceptance. Don’t let the rumors scare you, it’s a tremendous show.

Utah Repertory Theater Company’s production of RENT opens Friday, September 20th, and plays thru Sunday, October 6th, at The Project located 258 West 700 South in Salt Lake City. Tickets are $15-18 and may be reserved at UtahRep.org.

Can Utahns watch plays from the comfort of their homes? 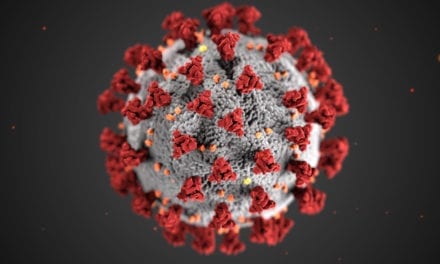 Behind our decision to review plays during the COVID-19 pandemic