LAYTON — William Shakespeare was a literary genius—few people deny that—but actually going to see a performance of one of his plays can seem a little intimidating. Though written in English, Shakespeare wrote in that old timey English which is often hard to comprehend without further study. The pressure is on the actors and actresses more so than in a modern play to act clearly enough so that the meaning of the text is understandable. Essentially, when watching Shakespeare, whether the show is enjoyable and relatable depends on the actors.

Happily, Davis Arts Council’s production of Shakespeare’s As You Like It had great performances throughout. Though the audience was composed of both youth and adults, the laughter so often heard attested to the fact that this play was a success. The outdoor setting of the Ed Kenley Amphitheatre only enhanced the authentic feel of the material, making this production that much more special.

As You Like It is one of Shakespeare’s comedies and it involves Shakespeare-esque elements throughout: love at first sight; banishment of innocents by a headstrong tyrant; the main female character (in this play, Rosalind) disguising herself as a male; lots of scenes in the forest; a witty fool; and of course, a happy ending for pretty much everyone. Davis Arts Council’s As You Like It benefitted from having director Mark Fossen at its helm. The impeccable casting, consistently interesting staging, and performance details were all evidence to Fossen’s involved, crisp direction. Scenes with lines that could have been confusing or ambiguous were performed in ways that made the messages clear—for example, the sarcastic jostles of Celia (Eva TerraNova) as she is responding to love-struck Orlando (Wyatt McNeil) in the presence of then-dressed-as-a-man love interest Rosalind (Anne Louise Brings). Also, the way actors often added grunts, moans, or non-verbal exclamations to pinpoint exactly the emotion of their characters in that moment. My favorite non-verbal exclamation was Rosalind’s happy squeal of delight after getting Orlando to agree to meet with her again—a moment that was brief but rich. Fossen obviously had a vision of what he wanted the play to be and he guided the actors to convey it. The acting in the production was spearheaded by superb leads in Wyatt McNeil as Orlando and Anne Louise Brings as Rosalind. McNeil’s Orlando was the puppy-lovesick, gentle, poetic, yet still manly character Shakespeare intended. McNeil conveyed the love-at-first-sight believably and had the comedic timing to know when his character’s romantic notions were ridiculous and when they were true. The chemistry between McNeil’s Orlando and Brings’s Rosalind was tangible and their body language, the timing of their lines, and their inflections all bespoke of the sudden but deep love between their characters. Rosalind as a character is one of Shakespeare’s great female roles—a woman who is written not as merely a stereotype or a flat personality, but as a person with depth, complexity, and wit. Brings gives Rosalind the spunk, charisma, and feistiness the character demands and does a beautiful job, whether acting as a woman or as a man (who’s really a woman).

The many other players made the play’s world real and all that more enjoyable. Eva TerraNova was a lovable and sharp Celia; Aaron Kramer as both Charles the boxer and also as Jaques was hilarious and gave each character quirks that made them funnier while also being more believable; Jonathan Scott McBride played Touchstone the fool with a mix of brilliance and playfulness that was delightfully funny; and Nathan Krishnan as Amiens the singer added enchanting music (composed by Krishnan to Shakespeare’s lyrics) performed well and sung beautifully. The list of outstanding actors could go on and on, but I will suffice my praise to say that each actor without exception played their part well.

The set design (designed by Dennis Ferrin) was unique, modern, and simple. On stage were wooden beams crisscrossed in a web pattern that created the play’s forest. At first, I didn’t realize the beams were the woods, but as the show progressed, the brown and green colors suggesting the bark and foliage, and the spacing of the beams made the intention obvious. Set pieces and props were extremely limited—just a couple of screens that served as the “city” setting, a few crates, a wheel barrel, and not much else. Yet in this show, less was more as the artistic backdrop was able to be just that—an appropriate yet not distracting baseline to the symphony of acting done by the performers.

Costume designer Katie Miller did a lovely job of mixing old and new, suggesting a Shakespearean-era time period but also allowing for modern pieces. The costumes consisted mainly of a lot of boots, some jeans, vests, loose skirts for the ladies, flowing coats, and loose collars.  A few costumes were somewhat absurd—in particular, the costumes of the attendants of Duke Frederick, which consisted of tight black and white vertical striped pants, tight vests, and funny small red hats, which reminded me of a mix between a vaudeville act and a casino attendant. The lighting design by Don Wilhelm and the sound design by Joe Killian were simple but worked and never caused any delays or problems. And as a happy result of both great diction in all the actors and good mics, no lines were lost to inaudibility.

Overall, Davis Arts Council’s production of As You Like It was a wonderful production that kept me laughing all the way through. I look forward to seeing what production the arts council puts on next, as this show has certainly set the bar high. 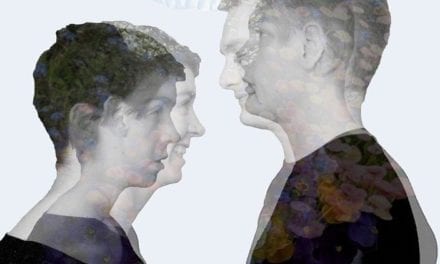 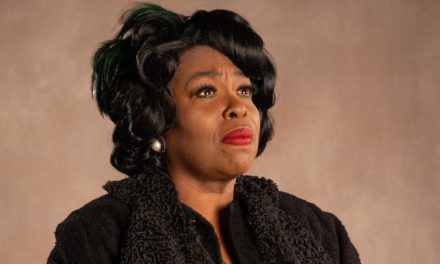 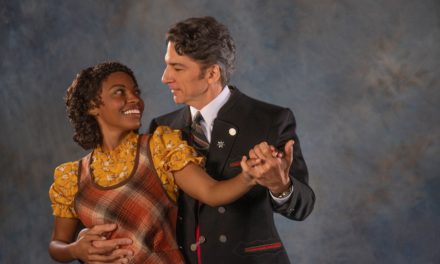