A BEHANDING IN SPOKANE is heavy on the dark, light on the comedy

SALT LAKE CITY — The Hive Theatre Company’s production of Martin McDonagh’s A Behanding in Spokane was for me a study in dichotomy, addressing the question of how I could so fully loathe a play and yet admire the production quality at the same time. The answer: I hated the script. McDonagh writes with the intention of testing how far he can offend his audience in this play, using shock theater tactics to try to stun the viewer. And despite this show’s classification as a “dark comedy,” I found the comedy way too light and the dark way too disturbing. The play follows one-handed Carmichael, a man obsessed with finding his left hand which has now been lost for over twenty-seven years. The setting is in a shabby hotel room in an unidentified small town in America, where Carmichael is meeting the young, argumentative couple Marilyn and Toby, who claim to have his hand and will sell it to him for a price. Hotel receptionist Mervyn enters in as an outside party looking in and serves in many ways as the comic relief in the play.

In this production, from the moment Carmichael (played by Jeffrey Owen) lit his first real cigarette—right before the stage lights turned on, in fact—I felt a sense of dread. The fact that the Hive chose to use real cigarettes in the small and enclosed black-box stage set the mode for the play in a bad way. I am not a smoker, so the stench itself was not pleasant. And the friend I brought to the show has severe allergies, so I immediately worried about her comfort. Seriously—what is the point of having real cigarettes? Maybe a real cigarette could be successfully used in a larger space, but the Sugar Space is tiny. I suppose the director, Sam C. McGinnis V, wanted the experience to be authentic and thought that actual smoke would add to the grittiness of the run-down hotel room setting. I suppose it did, but I don’t think it was worth it artistically and only started the production out feeling overly self-important from the start, as if the material were already attempting to push the audience to its tolerance limit. The cast of The Hive Theatre Company’s A Behanding in Spokane.

The acting in the show was actually stellar though, which was a shame to me because the material was so unsavory. Jeffrey Owen’s Carmichael was twisted, sadistic, and completely self-absorbed. Owen usually played Carmichael pretty straight, which made the character feel truly authentic in a disturbing way, but unfortunately probably also inhibited some of the character’s potential humor. The original Carmichael was none other than quirky but lovable Christopher Walken—the quintessential bizarre but relatable actor. Perhaps the show could have been more enjoyable if the main character had had a little more quirk to him, making him seem a little more bizarre and less real.

Marilyn (played by Tiffany A. Greathouse) and Toby (played by Lonzo Liggins) had good chemistry together as the con-artist, weed-dealing couple. Pretty much the entire time that they are onstage, they are fighting with each other, and the fighting was believable in its dynamics. Sadly, I feel I missed about half of the lines that both actors gave because the script has so much swearing that at moments I couldn’t understand what is being said for all of the “f” words, particularly in the lines of Marilyn and Toby. Tiffany A. Greathouse had a nice wound-up, high-stakes energy, but at moments her acting felt forced and over-the-top. Liggins as Toby played up the humor of his character well—particularly in his breakdown crying moments and in his seal impersonation, which was completely hilarious. Lonzo Liggins and Tiffany A. Greathouse.

The comic relief of the night overall was in Mervyn, played by Jared Greathouse. The actor did a great job of adding immense personality to the character of Mervyn—making him fun but clueless, light but surprisingly callous, and always entertaining to watch. Jared Greathouse truly embraced the character of Mervyn and added idiosyncrasy in his manners, body language, and facial expressions—from his tendency to stare off, wide-eyed into space, to his constantly expressive hands. Greathouse even made me almost like one of the most offensive parts of the script, a monologue Mervyn has in which among many random thoughts he fantasizes about being the hero of a school massacre—after, he says, twelve or so students were dead so it could be called a massacre. He then goes on to express the most genuine caring of the show for not a human, but a monkey he liked to visit at the zoo. The irony and offensiveness of his monologue are so in-your-face because of the script’s heavy hand (no pun intended). But Greathouse plays it off well despite its horrors.

As a technical production, the show excelled. The actors did not have microphones, but they projected well and their lines carried (though sometimes I wish they hadn’t). The set (designed by Michael Austin) was a convincing but simple rotten hotel room—with walls peeling and an overall dirty look to the entire place. Costumes (designed by Jared and Tiffany A. Greathouse) were straight-forward clothes you might see people wear today and the severed hands in the show (yes, I said severed hands) were realistic enough to work.

To me, the script felt like an adolescent tantrum, screaming for the audience to react—from sadistic violence and extreme racism (including the excessive use of the “n” word) to the portrayal of human beings as devoid of a moral compass and consumed in self-interest alone. But as a reviewer, I consciously made the decision to try to objectively see the workings of the show even as my stomach churned. Director Sam C. McGinnis V certainly had difficult material to work with in this bizarre, psychopathic play but he had a good hand at pacing the actors and staged them well so the movement always felt natural. I also noted that each of the actors seemed to really understand their lines—even when a phrase seemed disjointed or out-of-place, the actors each delivered lines with meaning, which was impressive, so the cast and director obviously studied the material well and deserve respect for that.

Obviously, this show as not my thing, and though I think I can enjoy psychopathically-slanted dark comedies from time to time (hey, I love Sweeney Todd in moderation), I did not enjoy this piece at all. However, the fault lies at the feet of McDonagh and his twisted, non-redemptive, offensive script. I commend the cast and crew for a job well done with a show I hated, and I look forward to seeing another Hive show in the future—hopefully with material more suited to my palate.

The Hive Theatre Company’s Production of A Behanding in Spokane plays at the Sugar Space Studio for the Arts (616 Wilmington Ave., Salt Lake City) May 10 and 11 at 8 PM. Tickets are $12. For more information, visit thehivetheatre.blogspot.com.

The cast of The Hive Theatre Company’s A Behanding in Spokane. 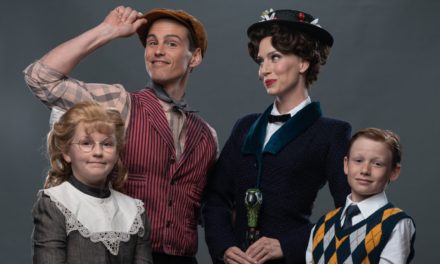 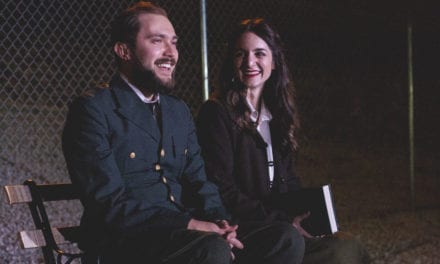 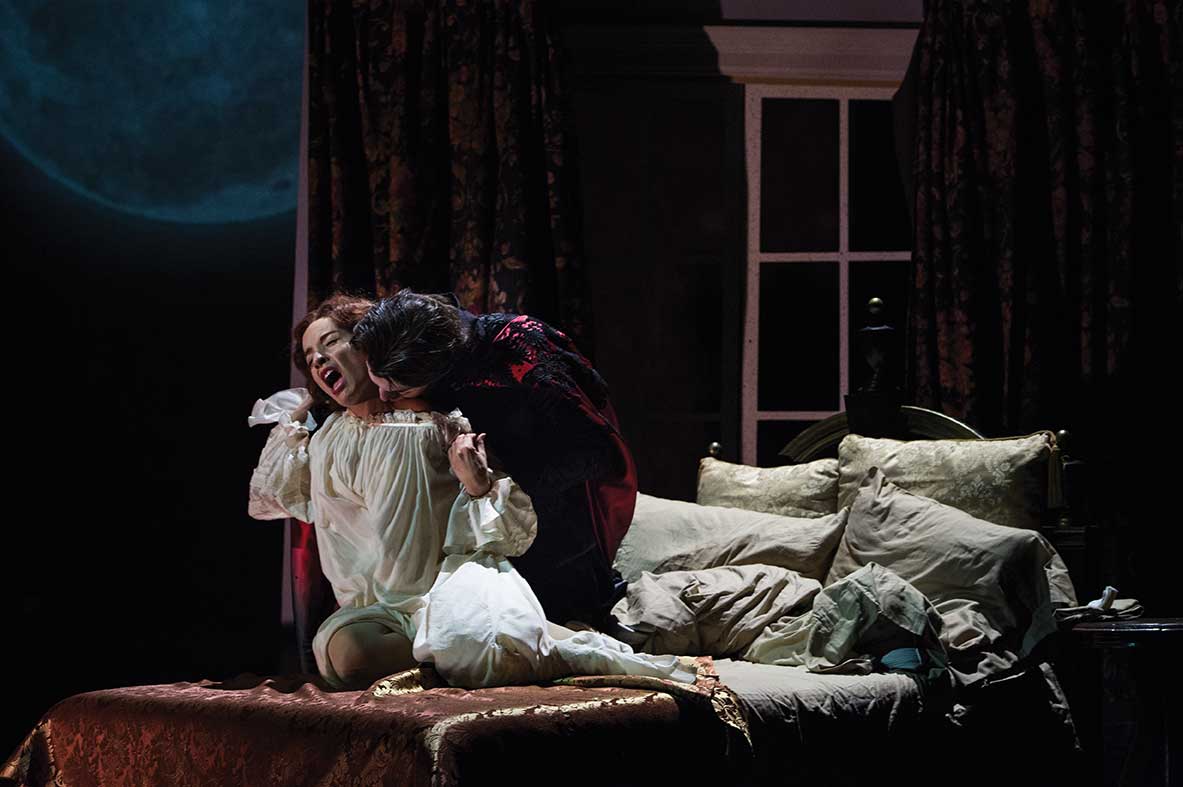