LINDON – I have a special place in my heart for little community theaters. There is something elemental that arises when the space can hold less than one hundred people, the costumes are pulled from the actors’ closets, and the producer takes your tickets at the door before changing into costume for the second act. It highlights the passion of the artists and their desire to create, regardless of the challenges that must be overcome. Such was my experience at Valley Center Playhouse’s See How They Run.

The show is a classic farce by Philip King centering on the Toops, a young newlywed couple in a small English hamlet. Lionel Toop is the town’s vicar and his wife Penelope is an American actress who is rather uncouth, much to the chagrin of the townspeople, especially the local gossip Miss Skillon. Things get a little sticky when Clive Winton, one of Penelope’s former cast mates, shows up unannounced and the Toops’ maid Ida starts making passes at him. Then things take a turn for the absolute farcical when three more “guests” arrive: Penelope’s father, a visiting vicar, and an intruder. A few of the guests steal clothes (collar and all) from the unsuspecting Lionel Toop, and suddenly there are four vicars running around the tiny vicarage (which I think is some sort of theatrical record for number of vicars onstage at any given time).

The director (Dana Anquoe) should be commended for her proficient handling of the comedy in the show. The blocking and physical bits helped to tighten up the humor to make for a pretty funny production. It wasn’t “rolling in the aisles” funny, but this noble attempt at farce had numerous laugh out loud moments. Unfortunately, there were also a few moments where the blocking neglected to take into account the theatre-in-the-round seating, preventing a few audience members from seeing the action every now and again.

The cast of the show worked together quite well. There was a good sense of ensemble that really shone through, especially during the zany final act. It is was wonderful that even though the action of the play required people to be going every which way, one could still feel the unity of the cast members.

I loved the connection between Penelope (Brooklyn Poulter) and Clive (Eric Ramaekers). These two actors were able to present a very natural relationship that still had a witty, slightly poetic air about it, much like the screwball comedies of the ’30s and ’40s. The two performers were able to create a friendly relationship that was real enough that I could easily connect with it and use it as a grounding point to come back to when things got a little crazy. However, as these two were the only American characters, there was an anomaly that stuck out with them that was not an issue with any of the characters; occasionally the modern, realistic delivery of lines would clash with the sound of the 1940’s vernacular that their characters used. It wasn’t apparent in every line, but there were a number of times where things didn’t sound quite right because of the dissonance.

Two of the minor roles that stuck out to me were those of Ida (Madeline Brannelly) and Miss Skillon (Dana Anquoe). These two had numerous interactions on stage that allowed them to develop an extremely humorous relationship filled with sabotage and general disdain. Both Brannelly and Anquoe had good mastery of their comedic timing, facial expressions, and physical humor. They would always come in with a well-timed look or a witty retort. One of my favorite moments of the show was when Ida needed to find a way to deal with an inebriated Miss Skillon. Brannelly and Anquoe worked together to find a number of hilarious little moments within the short scene. William McAllister also provided a wonderful vicar in Lionel Toop. He was pious, but not to the point of fault, and really created a character that was innocent, honest, and really fun to watch. McAllister also provided his version of Toop with a nice character arc that took the character through stages of innocence, rage, confusion, and finally, firm resolve.

Overall, the acting was about what one would expect from a community level show. There were a number of great moments, but an equal number that fell a little flat. The British accents fluctuated quite a bit. Some performances were more believable than others, some showed more dimension in their characters, some were still a little stiff on stage. But when it came down to it, the actors were having fun, and they made it that infectious kind of fun that drew me into the show.

The tech elements were well done for what was available. The Valley Center Playhouse is definitely not the most advanced theater and it provided for numerous limitations in the tech design. The lights in the theater are basically glorified desk lamps, so the lighting design (Jack Brannelly) was really just lights up and lights down. But I was always able to see the action on stage. The hair design (Julie Mountjoy) was impressive. I particularly loved the hairstyle choices for the female actors, especially Brannelly and Poulter. The costumes (Dana Anquoe) seemed to be designed well, though the actual execution seemed to struggle. There were some that were good quality, such as Clive’s army uniform, but there were a few that had that “it was the best we could do” feel, like the intruder’s coveralls. But, again, for a community level show with what must be a really limited budget, the designers did well with the conceivably small resources available.

All things considered, this is an amateur production, but I really enjoyed myself. I truly love seeing small theater troupes put on shows even if they don’t really have a lot to work with. It’s fun watching a group of people excited to create something just for the sake of creating. I would recommend this show for those in the area. It’s inexpensive enough and quality enough that it would be worth an evening out with the family. Do it for the vicars… all of them. 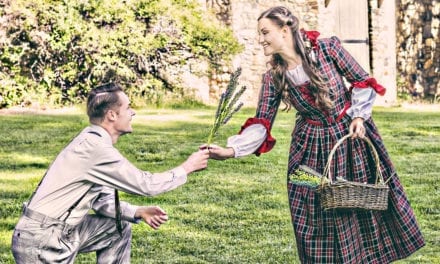 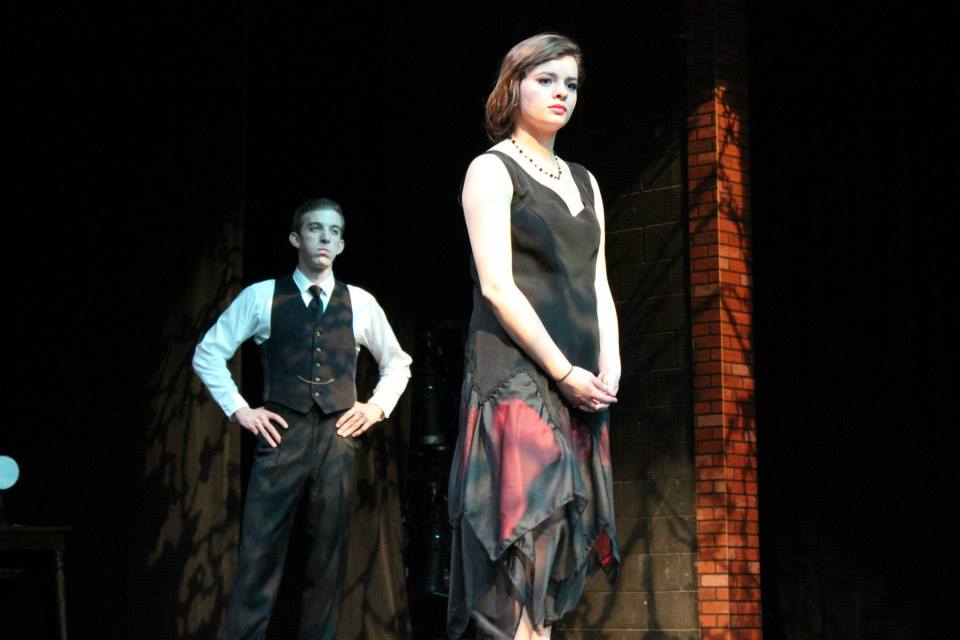 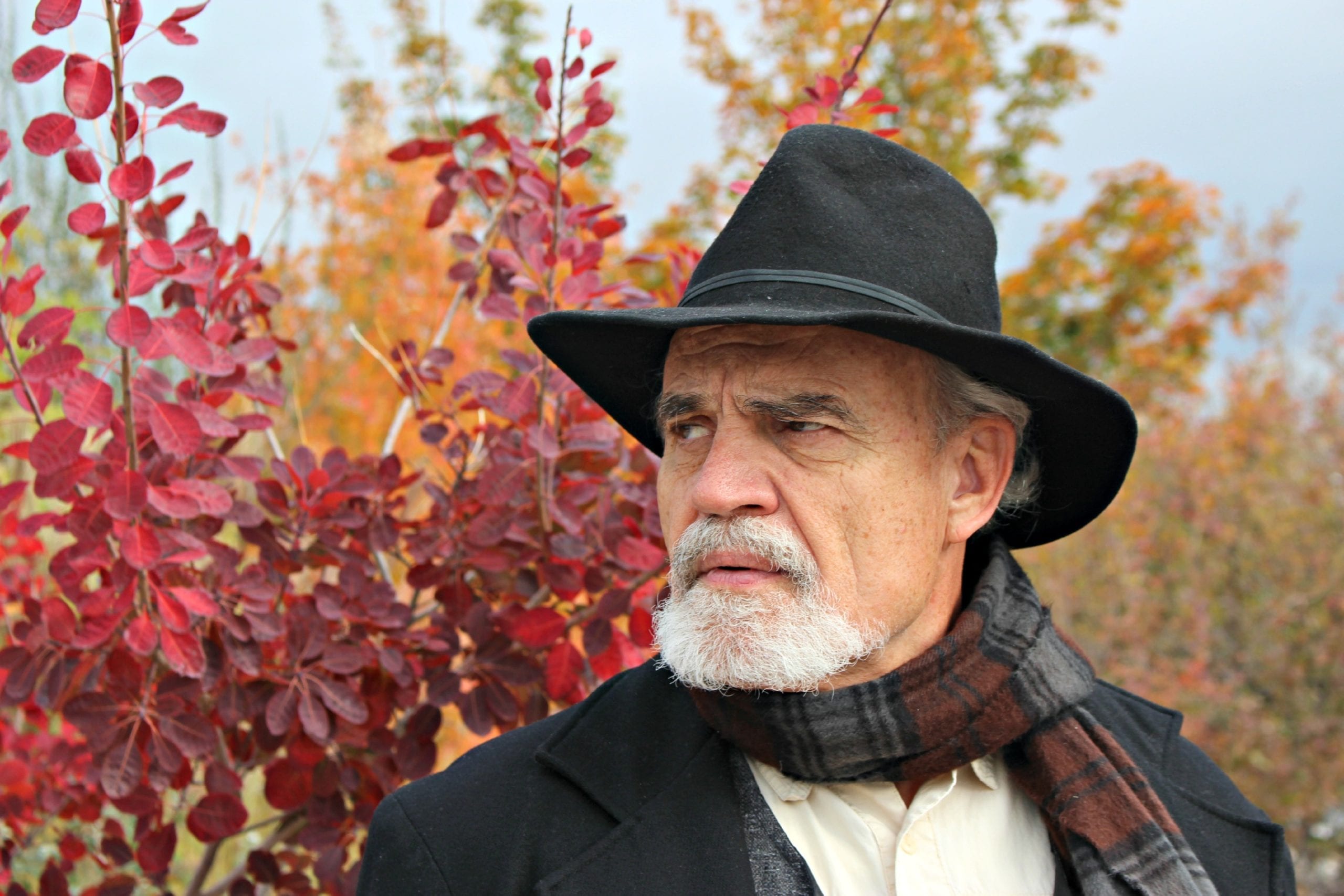