SALT LAKE CITY — “Lonely grief is hounding me, like the lonely shadow hounding me. It’s always there just out of sight, like a fragile tree on a lightening night.”  Haunting lyrics from a haunted soul.

Billie Holiday, otherwise known as Lady Day, lived a tragic yet significant life.  She is credited with being a seminal part of jazz history.   Pygmalion Theater Company is currently running a production of Lady Day at Emerson’s Bar & Grill (showing through April 10) written by Lanie Robertson.

Honestly, I recognized her name but thought she was a singer from the 60’s.  It wasn’t until I did a little research that I found she was a jazz singer and had passed away before the 60’s even began.

Billie Holiday (born Elinore Harris) was born in 1915, her mother was only 13 at the time.  During her early years, she bounced around relative’s homes. At age 10 she was raped by a neighbor, by her mid-teens she worked in a brothel and soon found herself in prison with her mother. By her late teenage years, she was singing with Benny Goodman and on her way to recordings with Artie Shaw and Count Basie. She met her 30’s with drug addictions, abusive men, racism and prison again.  At 44, she died due to complications from her heroin addiction with $0.70 in her bank account.

She had a disheartening life and she brought that emotion and intimacy to her music.

When entering the Leona Wagner Black Box, I was not prepared.  We were met with a cabaret setting, dim lighting, tables, candles, a cash bar, a piano and a single (dated) microphone center stage.  The ambiance was perfect and completely set the tone for the evening we were about to enjoy.

Lady Day, played by DeeDee Darby-Duffin, takes the stage and opens with a few numbers including When A Woman Loves A Man.   The show proceeds as Darby-Duffin intertwines the narrative of Holiday’s life with some of her more famous songs (Gimme A Pigfoot And A Bottle Of Beer and God Bless The Child to name a few).  Darby-Duffin was powerful and believable.  As she walked through the audience and shared Day’s story, I felt I was at Emerson’s in South Philly (minus the cigarette smoke I imagine would have been there).

I don’t listen to jazz and I am not familiar with Holiday’s music.  From what I have listened to online, she is everything I think of when I think of jazzy, bluesy and full of soul.  Darby-Duffin has an amazing voice and her narrative captured the story of Holiday brilliantly. However, I don’t think she truly captured the raw emotion that I hear when I listen to Holiday.   Perhaps that is why she is legendary, not many can do what she did.

Trevor Jerome played Jimmy Powers, her pianist, and he was an excellent piano player.  He sang one short verse and I would have liked to hear more from him as his voice captured the mood of the evening.

The direction (Teresa Sanderson) was subtle and well done.  The lighting (Jesse Portillo) was great when she was on stage but Darby-Duffin was often left in the dark during her ventures into the audience (with the exception of a few spotlights).

The lighting, well everything actually, was perfect for the song Strange Fruit.  The lyrics, emotions Darby-Duffin brought to the performance and staging were breath-taking.

“Southern trees bear strange fruit,
Blood on the leaves and blood at the root,
Black body swinging in the Southern breeze,
Strange fruit hanging from the poplar trees.”

The ‘fade-out’ during her last number “Deep Song was” clever and creative, leaving the audience with a hunting image of how powerful Holiday was and the silence we were left with when we lost her.

Not being a fan of jazz, I enjoyed the show. If you are a fan of jazz or Billie Holiday, I suspect you will love the show.  While the content may have not been for me, the production was sound and from the overheard whisperings of those around us at the end, it was a moving experience for many.

Pygmalion Theater Company is presenting Lady Day at Emerson’s Bar & Grill through April 10, 2010 at the Leona Wagner Black Box.  Tickets are $20 and may be purchased through Arttix.

This production was part of The Edward Lewis Black Theatre Festival.  Five theatre companies partnered together to bring three full productions and four free readings to the Salt Lake Area. 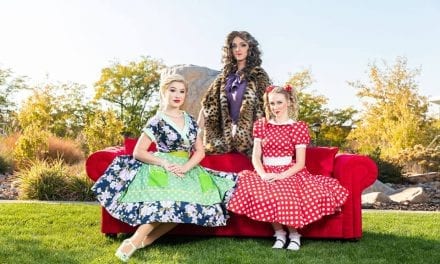 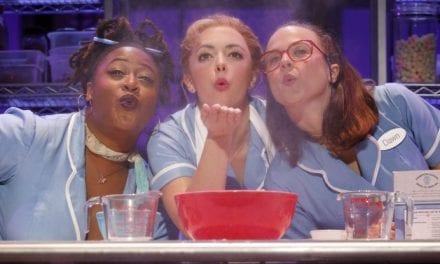 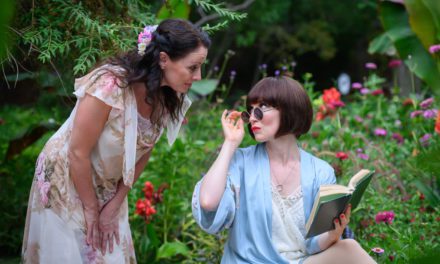 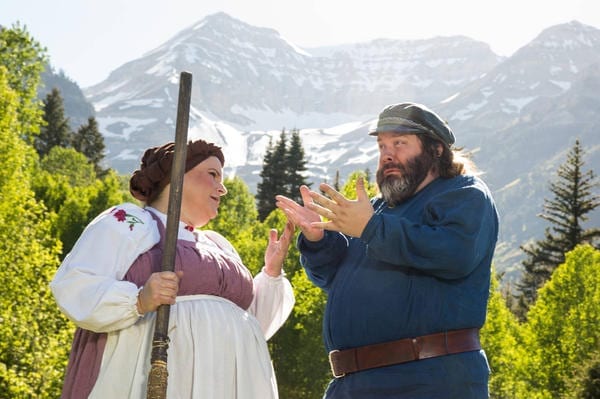