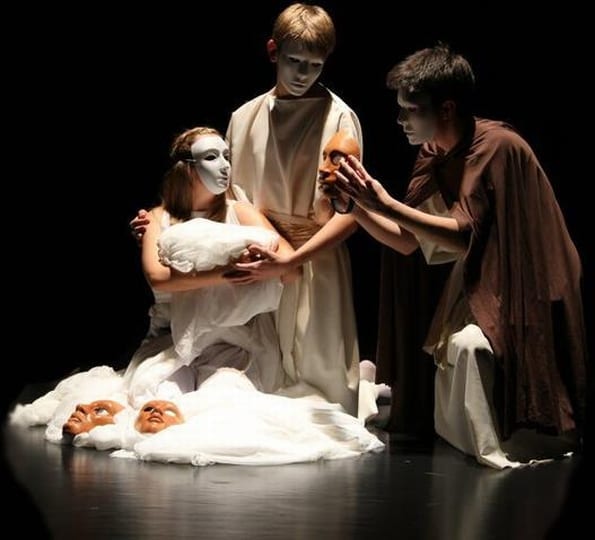 “Each must make a safe place of his heart,

before so strange and wild a guest

This line from former poet laureate Li-Young Lee’s poem, “Nativity,” begins the Sting & Honey Company’s annual production of This Bird of Dawning Singeth All Night Long, a visually striking retelling of the birth of Christ pieced together through music, dance, movement, snippets of poetry and passages from the gospel of Luke. It’s a stunningly beautiful, deeply moving, and utterly unique production, boldly setting itself apart from the many holiday-themed productions going on in Utah even as it retells the oldest Christmas story of all, and This Bird of Dawning resonates powerfully with reverent familiarity even as it fills its ancient story with a sense of newness, discovery, wonder, and awe. The cast of student performers are all clothed in simple white robes and white neutral masks, drawing focus away from facial expressions, which the audience doesn’t see, to the beautiful and expressive movement of their bodies, which the audience does. The actors never speak, and all narration and music is piped in over the sound system; this helps to create a deeply religious and hauntingly ritualistic atmosphere. The neutral masks are used inventively throughout, perhaps most powerfully in a brief but vulnerable exchange between Mary and Joseph, as they tremblingly shed their masks for one another, revealing another layer of mask underneath (this motif is repeated throughout the production in a number of other contexts).

While the approach is experimental, the story is familiar. An angel appears to the virgin Mary to tell her that she is to be the mother of the son of God. Mary and Joseph, her betrothed, journey to Bethlehem. There is, of course, no room in the inn, and the Savior of the World is born in a stable—the glory of God manifests itself in the humblest of places, not only to kings, but also to shepherds and livestock.

I was struck by the emphasis on spiritual preparation in the story—the ways in which each of the figures “make[s] a safe place of [their] heart[s]” before the strange stillness and the wild wonder of Christ’s coming. The use of movement and dance helped reinforce this, as did the striking use of sound. When the angel Gabriel appears to Mary, she drops the pot she is holding. The metallic, gonglike hum of the pot serves as a connective aural tissue throughout the piece, simultaneously suggesting a call to meditation and reminding us, like Saint Theresa, that “God walks even among the pots and pans.” In other words, that what may seem the most mundane of processes can actually be the holiest. While there are shepherds, wise men, and choruses of singing angels, this is Mary’s story—Mary who is, in John Donne’s exaltent, paradoxical words, “Thy Maker’s maker and thy Father’s mother.” It is Mary most of all who must prepare for the wildness of God to enter into her and pass through her—who must prepare to be His conduit, His mother, daughter, and spiritual bride.

White drapery is also used to extraordinary effect throughout the piece, never more strikingly than in the scene wherein Mary gives birth. Long swaths of white cloth stretch out from her womb, as if the spirit of God is bursting from within her as she delivers the body of the Christ child. It’s a beautiful image, and the scene ends with one piece of fabric slowly, silently being folded into the swaddling clothes of the Christ child and laid into Mary’s arms: The spirit made flesh. This is just one of many moments where creator Javen Tanner and his talented cast take the time to focus on the significance of process and ritual, and their stillness allows for a spirituality that is both reassuring and astonishing.

The story culminates in a short segment depicting the life of Christ as he heals others, forgives the woman taken in adultery, humbles the pharisees, and is crucified on the cross. Rather than an afterthought, this epilogue feels like the culmination of the nativity story thanks to the Tanner’s masterful crafting of the piece, uncovering the meaning of Christ’s ministry in the story of His birth. Just as Christ’s life was about seeking out the poor and the disenfranchised, the misfits and the outcasts, and loving and healing them, so Christ’s birth was an example of the great condescension of God—God’s devotion to the unnamed shepherds, to a poor carpenter, to the cows and sheep and asses, and, most of all, to a young woman named Mary who had great faith. Great or small, God shows Himself to those who prepare their hearts to meet Him.

I was struck watching this play by how much the story of the nativity is a celebration of the wonder of pregnancy and the possibilities of birth. It was also fascinating how, in its own way, each new life that enters this world transforms it and redeems it, how the appearance of a crying baby has the power to silence cynicism and suggest an entirely new way of living. This production also showed how even the God of all the universe was a baby, how “he that is least among you all, the same shall be great,” how “a little child shall lead them,” and how every child is a gift to the world. This aspect of the story was underscored in the curtain call, when all these incredible performers removed their masks, looking almost like babies themselves. These incredible artists were all young, bright-faced teenagers. It was wonderful.

At around an hour, This Bird of Dawning Singeth All Night Long is a short production and it had a short run (only two nights and three performances at the Rose Wagner Theater). The show has already closed, but I enthusiastically recommend it to anyone who is able to seek it out next year. It’s an impressive accomplishment with the power to reconnected its audience with the deep and beautiful mystery that is at the heart of Christmas. It’s a story you have probably heard and seen many times before, but, with the work of director Javen Tanner and the Sting & Honey Company, it truly feels as if you are hearing it with wonder and awe for the very first time.

The Sting & Honey Company production of This Bird of Dawning Singeth All Night Long played December 21 and 22 at the Rose Wagner Center for the Performing Arts (138 West 300 South, Salt Lake City). For more information about Sting & Honey productions, visit stingandhoney.org.

WITH YOU at the Great Salt Lake Fringe is startingly real 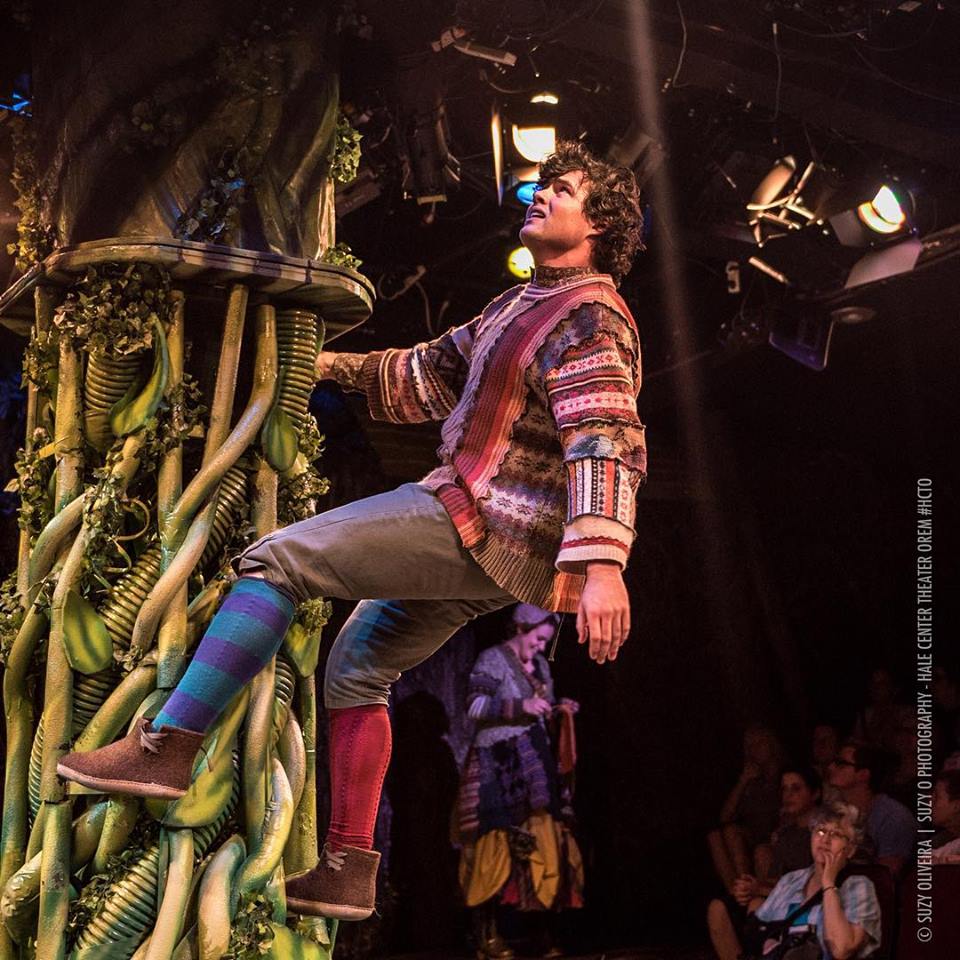 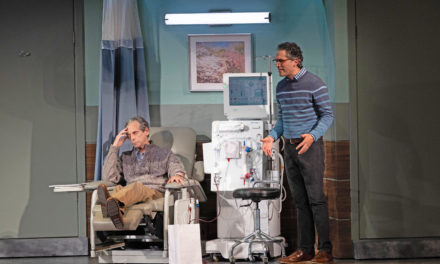 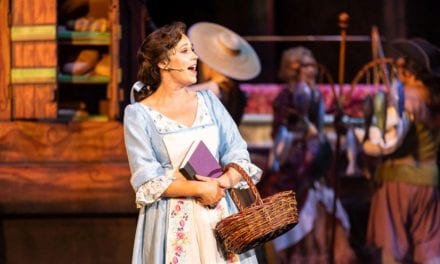