The Veteran Newbie: Where are the Women?

Recently, my Twitter and Facebook news feeds have been dominated by comments on a list released by Theatre Communications Group (TCG).  The list is entitled the “Top 11 Most-Produced Playwrights of 2012-13 Season” and details not only the names of the most produced playwrights of the season, but the number of productions scheduled. The focus of the comments?  The fact there is only one woman on the list, Katori Hall.  And she’s near the bottom.

Over the years, the dearth of opportunities for women (and people of color) playwrights has received a lot of attention at theatre conferences, festivals and even in the news (as highlighted by what happened when the Guthrie, a well-respected Minneapolis theatre, announced a 2012-13 season without a single woman OR person of color playwright).  I’ve listened to the many arguments, comments and frustrations of my theatre colleagues all over the nation.  Feelings that are heightened when lists like this seem to prove that nothing has changed.

Naturally, I was curious, and one main question started circling in my brain: “How does Utah theatre fare?”

So I did a little investigation.  Looking into the Utah theatres that produce at the professional level (I’m not pulling community theatres into this discussion, because, frankly, there are too many.  But it would be interesting to look into.), this is what I found:

So, readers, I leave the question with you. How do you think Utah theatre did? Leave a comment below. 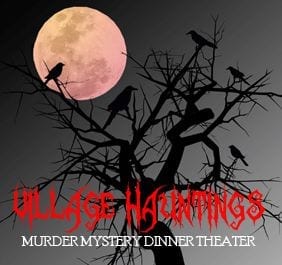