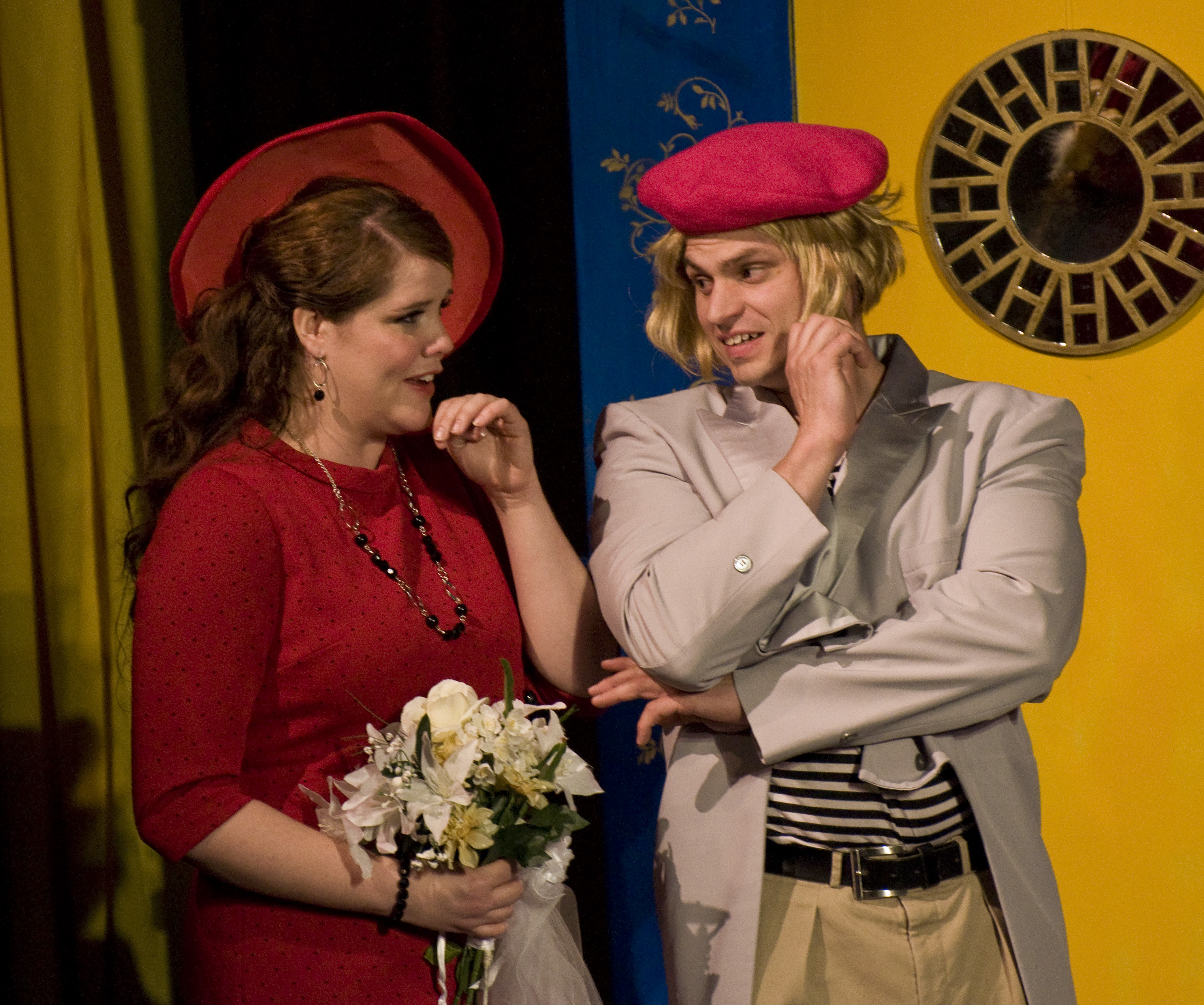 DRAPER — By far the most popular playwright in Utah—and likely many other parts of the world—is William Shakespeare. A quick perusal of the UTBA archives shows that this is the 29th Shakespeare play this organization has reviewed (not counting adaptations). Clearly Shakespeare’s work clearly entertains Utahans, despite the geographic and temporal distance between the playwright and Beehive State audiences. The latest offering of Shakespeare’s work is the Utah/Idaho Performing Arts Company (UNIPAC) production of The Taming of the Shrew, playing now at Draper Historic Theatre (DHT). Although I have visited DHT before, I had never seen a production from UNIPAC. If their current production of The Taming of the Shrew is typical of their work, then I think that UNIPAC is one of the many small, largely unknown theatre companies in this state that makes the local performing arts scene so exciting. The Taming of the Shrew is the tale of how Katherina, a cruel and most disagreeable woman who refuses any consideration of marriage, becomes “tamed” by her wooer Petruchio. Petruchio marries Katherina and makes her a kind, obedient wife with whom he can enjoy a lifetime of marriage. Throw in the obligatory secondary Shakespearean love story (this time between the characters Lucentio and Katherina’s sister Bianca) and some disguised characters, and you have an enjoyable Shakespeare comedy.

The most striking part of my evening experience was the performance of the cast. Michael K. Johnson is a swaggering Petruchio, who lets his dominance over the other characters channel his masculinity in a convincing and appropriate way. Johnson’s character is decisive and unwavering in his goals (such as in Act IV when he takes Katherina home after their wedding), which makes his contrived cruelty especially believable. Although Johnson is a joy to watch individually, he shines brightest in his scenes with his counterpart, Brooke Wilkins (playing Katherina). Wilkins and Johnson have an exciting chemistry that makes the banter between their characters seem natural and highly entertaining. I loved her first scene with Johnson because of the way Wilkins made Katherina seem flustered for the first time in her life. It was an aspect of the character that I had never considered, and for me it shed new light on Katherina’s inner psychology. Wilkins also seemed genuine in her portrayal of bitterness, vulnerability, and anger in the wedding scenes, which provided a welcome change in pace from the preceding frenetic energy that preceded her entrance.

Although the pairing of Johnson and Wilkins was engaging, an equally riveting performance was given by Natalia V. Noble as Tranio, the servant of Lucentio. Charged with helping her master woo Bianca, Tranio takes on a disguise and helps her master gain access to his love. Noble had the difficult task of playing a character playing a character, a task at which I’ve seen many actors falter. However, Noble prevented the personality traits of Tranio from getting lost in the disguise, for which I commend her. I also appreciated the emotional tension that Noble cultivated in her first scene as Lucentio asks her to help him marry another woman.

Other cast members were impressive in their performances; Andrew Maizner was a compassionate Baptista who was cautious of his daughter Katherina. In early scenes of the play Maizner conveyed a hesitation that non-verbally indicated that Katherina had a long history of spurning men and driving them away. G. Morgan Walton‘s Grumio was an excellent comic relief character who always seemed to get laughs out of the audience.

Of course, great performances don’t just happen. Jesse Peery‘s direction was often inspired in the way he guided the actors as they told the age-old story (which modern audiences often have difficulty with because of the way women’s place in society has changed since Shakespeare’s day). I think that Peery’s decision to set the story in the swinging 1960’s was a fun choice that perhaps helped many audience members find the story more accessible (and also permitted Brooke Wilkins to create some highly amusing designs in her capacity as costume designer). What I appreciated most of all, however, is Peery’s cultivation of the relationships among characters in the play. Relationships between amorous couples, fathers and children, masters and servants, and others were realistic, satisfying, and often moving under Peery’s guiding hand. However, I felt that pacing in Act IV was a noticeably slower than the rest of the play. I also feel like Peery’s lighting designs made Act IV too dark for the DHT stage and that the lighting changes for the characters’ asides were unnecessary and distracting.

Unquestionably, though, The Taming of the Shrew was a wonderful way to spend an evening, and the production would serve as a wonderful introduction to the play for anyone. Moreover, I’m glad I discovered UNIPAC, which for me is a new hidden gem in the Utah theatre community. I eagerly await the next UNIPAC production. Tiffany Stoddard as Bianca and Jonathan Sherman Tate as Lucentio. 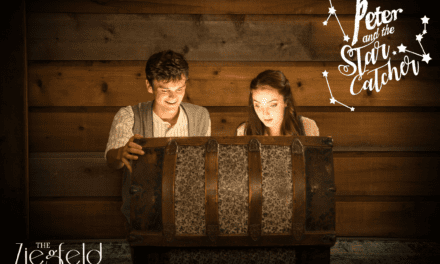 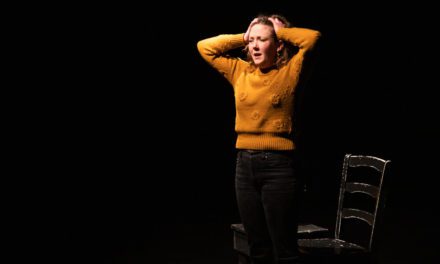