CENTERVILLE — CenterPoint Legacy Theatre’s presentation of Oscar Wilde’s The Importance of Being Earnest is a full evening of satirical wit and laughs. The company presented a precise interpretation of this classic script. Although there are some weaknesses in the evening, those were easily dismissed because I was laughing at the next line.

As a new resident of Davis County, I excitedly look forward to new productions at the Davis Center for the Performing Arts in Centerville. Having heard several good reviews and attending Noises Off! earlier this year, I was intrigued to find out that the center is the home of two theaters. Earnest is the inaugural production to use the Connie Leishman Performance Hall, a smaller black box style theater that seats only 150 people.

The Importance of Earnest is Oscar Wilde’s “farcical comedy for serious people.” Gentleman Jack Worthing is a frequent visitor of London under the pseudonym of Earnest Worthing. On his current visit, “Earnest” seeks the hand of the beautiful Gwendolyn. But first he must prevail over her dogmatic Mother, Lady Bracknell and—more importantly—Gwendolyn’s deepest desire to marry a man named Earnest. Meanwhile, the mischievous Algernon plots to visit Jack’s country home also under the name of Earnest in order to meet Jack’s beautiful young ward, Cecily. Deceptions and manipulations escalate endless societal posturing to hilarious levels as each seeks to outsmart or outclass the other.

Earnest is an appropriate choice to christen this theater. The locations for the story are entirely in drawing rooms and a garden patio. So this theater, having no more than 7-8 rows of chairs, makes an audience attending feel as if they are sitting in the room. The intimate experience negates excessive gestures, but also accentuates minor physicalities of actors on stage.

The actors I saw for this Tuesday night performance generally performed well and told an intriguing story. Allyson Sanders as Cecily Cardew stood out for the evening as the most invested character. She carefully balanced the task of being both a proper member of society, although relatively young and fanciful. Her physicality between the rifts and sisterly love with Gwendolyn was never out of place and she executed her lines with exact timing. Justin Lee as her scheming love interest, Algernon, impishly smiled his way out of scrapes, exhuded poise and sardonic charm as he worked though Cecily’s elaborate plans for their life together, or regaled John with his free-wheeling opinions.

Jon Rash as John Worthing did well navigating his courtship of Gwendolyn (Megan Smyth) – a difficult task because he faces numerous emotional ups and downs. However, I often felt he remained in one emotion too long when arguing with Algernon or Lady Bracknell and occasionally had the most inconsistent posture and mannerisms for the time period and character.

The rest of the ensemble did an excellent job helping create a delightful slice of high society in turn-of-the-century London. Alison Jensen accurately attacked with the strong opinions of Lady Bracknell. Meanwhile, Joseph Nichols shrugged off having very few lines to consistently entertain as both the slow-shuffling Merriman and the crisp but tentative Lane serving tea and cake.

Jansen Davis’s direction helped pace the evening despite the large amount of exposition in Act 1 before machinations of the characters constantly intersect after the intermission. He also ensured the actors had excellent diction – a necessity for such a wordy piece. The tone in some scenes such as Lady Bracknell’s interrogations or Gwendolyn and Cecily’s first introduction was not as subtle as is sometimes played in other productions, which provided a refreshing look at how these characters put up with their ridiculous societal standards. Davis also did particularly well setting up some lines like Cecily’s declaration about Algy, “I do so like his hair” by having her playfully and painfully interact with his hair.

The show required little on the technical side, and this was overall well executed. The minimal set implies drawing rooms with nice furniture and decoration. The set-up for Acts 2 and 3 did well to create both a garden patio and drawing room with windows and doors that allowed the characters to move and also to always be seen, especially when Gwendolyn and Cecily retire inside and Jack and Algy are resigned to the Garden. This scene also contained one out of place technical moment, during a light change. I understood the intention, but the drastic quick change from full sunlight to a green shroud for the only time in the show seemed out of place.

Overall, I definitely enjoyed the evening and laughed heartily throughout. The focus on the full-fledged satire of Oscar Wilde was achieved and well played. I definitely suggest this as a well spent night at the theater, and I hope the patronage at Centerpoint for both theaters will continue to encourage the pursuit of excellent theatrical experiences in Davis county.

The Importance of Being Earnest is playing in the Connie Leishman Performance Hall at the CenterPoint Legacy Theatre (525 North 400 West, Centerville) nightly at 7 PM (except Sundays) through April 28.  Tickets are $12.  For more information, visit centerpointtheatre.org. 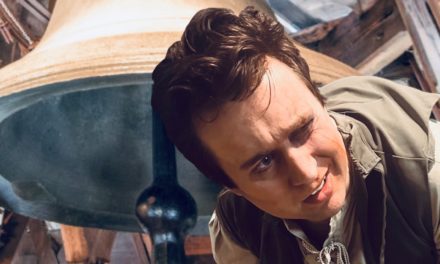 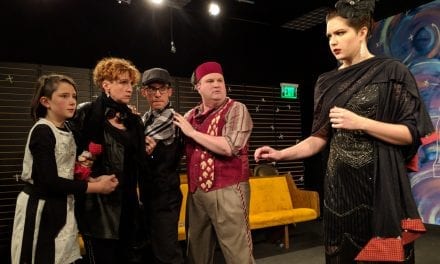 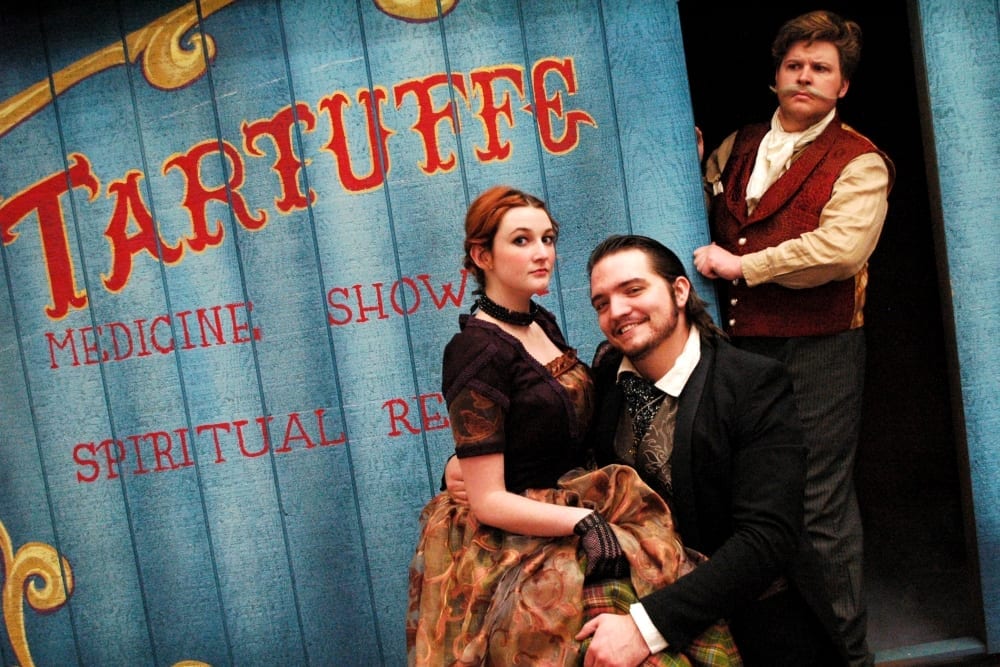 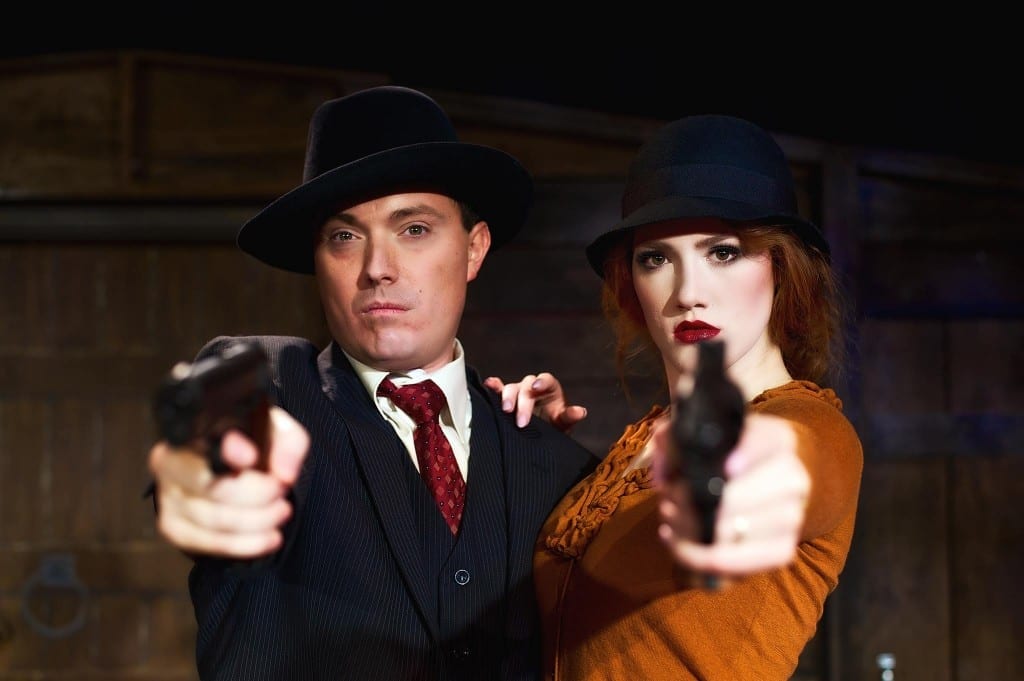