THE GOOD SHEPHERDS has too many characters in its flock 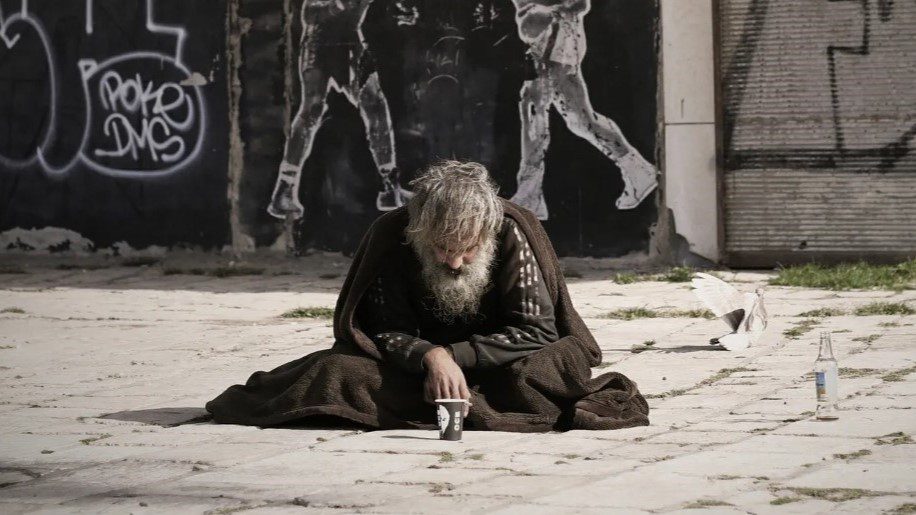 OGDEN — The Good Shepherds, a new musical by David Nolan and Chriz Metz, and directed by Metz, is a story about a New York Times reporter, Laura (played by Krystal DeCristo, who is working to expose some of the practices of a big religion that seems to spend more on it’s real estate holdings than it does on its members. 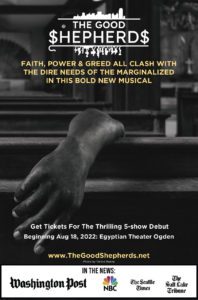 Nolan also plays Logan, the smug and self-righteous CEO of the church organization at the center of the story, who also seems to have some selfishness holding him back. Mixed into the story are several side characters, including McKenzie (played by Savanna Cordova), a well meaning HR assistant who has a heart of gold and a crisis of faith brewing. Also in the cast is Alx Stewart-Johnson as Nick, a person who is working in the welfare department and wants to see much more done in this area. Brandy Pehrson plays Dianna and Randy Wellbaum plays Dean, two homeless people who are struggling to just get by. Finally, Carson Peasley plays Seth, the right hand man to Nolan who really wants to be in charge. And there is a slew of other characters thrown into the mix.

If this seems like a lot, it really was. There is the backbone of a really good story in Nolan’s script, and there is strong potential for a great show. However, the vast amount of information within the story makes it rather chaotic. The play is just trying to cover so much ground in a small space of time that the audience gets lost in the shuffle. I admire the effort being made to open the eyes of the audience to the difficulties within church corporations and the bureaucracy that comes with it. I think the criticisms are valid and poignant. But that message gets lost when there is so much going on.

While a lot of the music was catchy, the mix of genres felt more labored than it should have. DeCristo was a strong vocalist and carried many of the songs, especially the first act closer, “Everything I’m Not.” She had terrific chemistry with Cordova, and they shared a great number, “I Ain’t Running,” at the end of act two. Stewart-Johnson as Nick also had some stand out numbers, such as “I Beat The Odds” and “Look Down on Me,” but each of these numbers felt out of place in the context of the entire show. The opening number of the show, “Rock Stars,” with Nolan and the ensemble, felt like it took a page right out of Jesus Christ Superstar, while some of Nick’s numbers were more imitative of Hamilton. This mix could have possibly worked with some more fine tuning, but as I said earlier, it left more of a feeling of chaos than cohesiveness.

The strongest part was the storyline of Dean and Diane, with Wellbaum and Pehrson showing the needs of the downtrodden who live in the real world outside of the corporate offices. Working with this area of the storyline may have been a better way to flesh out the production than to spend time on side characters, interesting as those characters may be. There are enough stories in The Good Shepherds for two or three shows, and some of these may may function better in their own play. For instance, I would love to see McKenzie’s story play out all on her own, not just as a side plot. With so many stories to wrap up, the second act of this show felt far too long and convoluted. Unnecessary plot lines, like the song “Cougar of Your Own,” while sung decently by Hilda (played by Stacee Perry) were so disruptive that I found myself checking my watch.

I truly commend the cast and crew of The Good Shepherds for taking a challenging topic, questioning organizational religion and what it means to be a Good Shepherd. There really are the components of a strong production, and I hope that the team continues to work and fine tune what they have created until it is stronger.