LEGALLY BRUNETTE (mostly) makes a case for laughs and entertainment MURRAY — Desert Star Playhouse is usually sold out and there’s a reason why. The staff at Desert Star knows what they’re doing, and they do it well. Don’t let this dissuade you from trying to get tickets, though. Just plan ahead.

Their current feature, Legally Brunette is a parody of Legally Blonde, first a movie (and a sequel) starring Reese Witherspoon, and now a Broadway musical. I admit, I’ve never attended the musical version, but have seen the first movie. As I watched the show I wondered, how many people in the audience were familiar with the original show, and how much it mattered if you weren’t familiar with the show. From watching the show—and watching the people who were watching the show—I’d say few have seen “Legally Blonde” and most everyone in the audience loved Legally Brunette. So there you go.

Legally Brunette, directed by Scott Holman, is about Elle Woods (Kelly Knight), who went to Harvard Law School to win back her boyfriend. But as the show starts Elle has just graduated and is now working in Los Angeles, and all thoughts of old boyfriend are gone. Through illegal means, the sleazy defense attorney, Melvin Farkas (Matt Kohler), thinks Elle is stupid and will help him win the case for the alleged murderer AJ Sampson (Justin Berry). So Melvin schemes to get her hired for the district attorney’s office. Elle works for Marcia Clunk (Liz Christensen, also the choreographer), a frumpy prosecutor whose whole life is the law. The cast is rounded out by Judge Judy (Michelle Page Dillon), scruffy cop Lenny Brillo (Ben E. Millet, also the playwright), and hottie cop Joe Hunk (Bryan Dayley). Matthew Mullaney plays various witnesses, including Napoleon Dynamite.

I took my 15-year-old son with me to get a teenager’s perspective. We were taken to our seats in the mightily smooshy dining room. If I have anything against Desert Star, it’s that they smash too many people into the audience. I am not prone to claustrophobia, but I got a little freaked out as I watched the servers lug huge trays covered with full glasses of drinks amongst all us audience members. Also, although my main purpose of my visit was to review the show, I should say that something about the food because we did eat there. Basically, the food was only okay.

The shows at the Desert Star always begin with the introduction of the musical hostess, Tracy H. Hales. She plays a Nickelodeon-type music throughout the show. At first, it’s a little disconcerting, but you get used to it and don’t notice it after a while. In this show, as it’s a cop/murder trial type, music from that type of genre is sprinkled through the show. As I said, you don’t notice the running music after a while, but my son mentioned something I hadn’t thought of before: because the music is almost constant, it leaves little possibility for actors to have anything but perfect timing. This is a good and a bad thing. My son said it seemed like they were spitting out their lines to make sure they kept up with the music. I like the surprise of live performances, acting in them as well as watching them, and the continuous music lessens the surprise a bit.

Kelly Knight’s Elle Woods is perky, fun, and has a great voice. She encompasses the almost impossibly upbeat Woods. I realize it’s ridiculous that any such character would actually exist, one that has a signature color (purple) and thinks that every problem can be solved by merely getting a makeover, but I found myself charmed by this. Knight is believable, likable, and perfectly bubbly. In the end, Elle does give some makeovers (I won’t say to whom) and does change their lives, so who knows? Maybe the notion of making the world prettier and more positive isn’t such a bad idea after all.

Liz Christensen’s Marsha Clunk is so delightful to watch, I stopped paying attention to the story sometimes just to watch her move onstage. It makes sense that she is also the choreographer. She moves around the stage with such grace and agility. There’s a funny scene where she’s trying to sit on a toilet that is just a painted backdrop, and Christensen made me giggle somewhat hysterically. Christensen doesn’t just have the dancing moves, she has physical comedy down to an art.

Matt Kohler’s Melvin Farkas is so devious as the stereotypical scum-sucking attorney; we love to hate him. His client, Justin Berry’s AJ Sampson, is very good, too, with big physical moves, up-to-date “ghetto” vernacular, and even sings a rendition of “Pants on the Ground” that made the audience roar. These two had good chemistry and were fun to watch.
The two cops, Millet’s Brillo, and Dayley’s Hunk were also stereotypical, but were top notch and both actors played them winningly. Brillo and Hunk seem unlikely partners, which made them all the more enjoyable. They both had many of the “drop your suspension of disbelief” lines in the show. For instance, the two cops “drive” up in a car made of fiberboard, and at one point say something like, “What are you doing? This isn’t even a real car.” I love this device—done right, it’s pretty funny. In this show, it’s hilarious.

Judge Judy, played by Michelle Page Dillon was a cute role and Dillon did it well, but I am looking forward to seeing this actress do something more challenging. She has a lot more to give. In every scene he was in, including the last dance and song number, Matthew Mullaney as the various witnesses stole the show. He was so good that I would go see him in a one-man show. He is a chameleon, and my son and I just loved him.

One of the things I love about the Desert Star is they have a great package. By this I mean that they:

The one issue I had with Legally Brunette was the actual storyline. Necessary to the plot is a vehicle for the ditzy Elle Woods to prosecute a big murder case. I get that. But using the OJ Simpson trial as that vehicle was remarkably distasteful and dated to me. There is and never has been anything remotely funny about that tragic situation. I would have liked it if Millet had created a fictitious murder trial. All the aspects could have been there—the celebrity murder suspect, the frumpy prosecutor, the slimy lawyer. But to be honest, once I found out it was about OJ Simpson, I had to reach to look for good in the show. Thankfully, as you can tell by my review, there were lots of likeable things in this show. But I really was quite put off by the storyline.

After the musical, the Desert Star has a revue. Because Halloween is approaching, ‘tis the season for zombies. So all the players went backstage, put on zombie clothing and zombie makeup and came out and sang and danced in a bunch of very lively musical numbers. It was fun and I especially liked Oingo Bingo’s “Dead Man’s Party” and Rocky Horror Picture Show’s “Time Warp.” Both songs reminded me of my bygone college days. I admit, I sang “Time Warp” right out loud. What do I care? I’ll never see these people again.

There was a funny zombie talk show bit where horror movies were discussed. This was a vehicle to lampoon celebrities and other famous people. What I like about the Desert Star is they are equal opportunity lampooners. The obligatory jabs at BYU and U of U were there, but presidential hopefuls Huntsman and Romney were joked about, President Obama had one, Oprah Winfrey was mentioned, as well as our own beloved Donny and Marie, and several others. This was pretty funny, and got a lot of laughs. There was also a pretend comedy TV show with Zombies and it was funny and a little bit gruesome, but understandable considering the whole revue was about the living dead.

As I wrap up this review, I will rate “Legally Brunette” about a 6 out of 10. This is one of those situations that—though everything went perfectly—the storyline of the show was upsetting to me. As I looked around, I didn’t see one person who looked dismayed or disgruntled. My son, who’s unfamiliar with the OJ Simpson case, gave the show a 9 out of 10. So maybe I’m being too picky. Or maybe I’m trying to be too philosophical or concerned about what we consider entertaining, as if I’m the live musical theater police. I do realize that murder mysteries are very popular and always have been. But this show’s use of the devastating, heartbreaking OJ Simpson trial and the tragic deaths of his ex-wife Nicole and Ron Goldman was in poor taste and for all its fun, I can’t heartily recommend the show. You may want to pass on this one and catch the next Desert Star show. 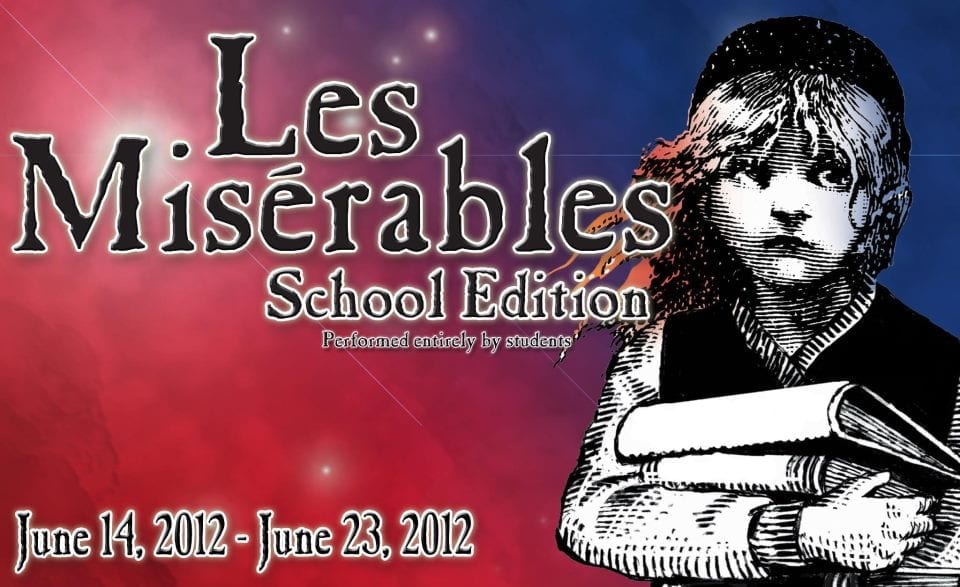