Welcome back, Around The Globe!

MIDVALE — Around The Globe Theatre Company is a new name to me.  They formed a few years back, but their recent production of Shakespeare’s The Tempest marks their return to the stage after a brief hiatus. To be perfectly honest, the most enthralling bit of the evening was a note in the program from the artistic director, Robert Easton. As for the production, there are a few gold moments, but on a whole it is very average.

The play is set on a remote island where Prospero, the exiled Duke of Milan, has plotted to restore his daughter, Miranda, to her rightful place. He conjures up a storm and lures his usurping brother Antonio and good friend Alonzo, King of Naples, to the island. Through the use of magic and manipulation Prospero brings about the marriage of Miranda to Alonso’s son, Ferdinand.

A little oversimplified? Definitely. Shakespeare’s plot is much more involved and complex than can fit in my three sentence synopsis. It’s full of politics, drunkenness, magical spirits, strange creatures, slavery, revenge and forgiveness. It’s a wonderful play. I suppose it ought to be classified as a comedy because the lovers marry in the end. Plus, it is quite funny! When The Tempest is done right I’m crying in the aisles from laughter, but right alongside the humor is a very human tale of Prospero’s tale of forgiving those who have wronged him and selflessly seeking a better life for his daughter.

The Midvale Main Street Theater is a delightful location. I am thrilled every time I see a production there. It has such an opportunity to lift downtown Midvale and it’s wonderful that Tammy Ross continues to build that sense of community. What’s more the space has been opened up to the use of small theater companies like Poison Ivy Mysteries, Titus Productions, and now Around The Globe Theatre Company.

The stage is set with three tall pillars of trees used throughout the performance in different settings. These set pieces (designed by Jacob Bruner) worked for me. Often I found the players falling along a straight line on the stage and thankfully the trees created a little depth making the stage pictures somewhat dynamic. It certainly could have been said that scene changes were long, but the choice of music for those changes made it flow just fine. As for the costumes (designed by Beth Bruner with dancers’ costumes designed by Alexandre M. Angelos), they were fine. Had the budget allowed for a bit more fun to be had with Trinculo and Stefano, but all in all the characters were well suited. Lighting and special effects were sufficient (Jacob Bruner).

Does it sound like I was terribly impressed or disappointed by the technical elements of the show? The truth is what is most important to me in a production is the script, the acting, and the direction. If a show excels in those three elements then the technical aspects are just icing on the cake for me. However, if those three primary elements aren’t strong, then any excellence in the technical elements just feels like a façade to me. With that I render my sincere apologies to the designers of ATG’s production as your work is likely due more praise that I have rendered. What impresses me about ATG is the core group of actors they have recruited. Tony Porter, while a newcomer to Shakespeare’s stage, does fine work in the role of Prospero. I can tell he understands his motivations underneath the text and he does well in conveying those thoughts and feelings with the audience. I cheered a bit for him as I saw the joy in his eyes during Prospero’s  “We are such stuff as dreams are made on” monologue. I always appreciate  a love for performance in an actor’s eyes, and that was one moment I was glad that I attended. His daughter, Miranda, is played by JJ Peeler. I first saw Peeler in a reading at Plan B not too long ago. This is an actress I think we need to watch over the next couple years. She again brought a love for the text to her role, and that is truly wonderful to see. JayC Stoddard’s interpretation of Ariel is a calm and steady force, not at all what I expected, but it suited the night’s performance. Bijan Hosseini plays a truly miserable (in a good way) Caliban, servant and slave to Prospero. While I appreciated Hosseini’s commitment to the role and how he related with each of the characters on the stage, there was a disconnect between him and the audience. I never really gained a pity or disgust for Caliban and sadly, those tepid feelings carry over into the effectiveness of the comedy later on.

Admittedly, our audience that night didn’t engage with the play as one might hope. That lack of feedback for the actors proves extremely difficult, I know. So I applaud the performers for carrying the show through and bringing a delightful script to life in Midvale. It’s obvious that director Beth Bruner has a love for this play and I can see the work that she did putting together this production. I think I saw her most in Trinculo and Stefano’s scenes. The Tempest does well to have a director who understands the comedy in the Bard’s words.

But the production was average. Oftentimes I found the ensemble onstage less engaged than the audience during those long scenes with Gonzalo and Antonio. The opening scene was extremely difficult to hear save the Boatswain. And Shakespeare can be tough. The crowd was a difficult one, yes, but I wish that the drive that governed the principles would have carried forward to the rest of the cast as well. When I saw the production I judged it could have used 2-3 weeks more time in rehearsals, but I certain the excitement and cohesiveness has tightened up since last week.

If you are a lover of Shakespeare, I encourage you to attend. This is not the most approachable production for newbies, and while I don’t believe every theater company deserves an audience, ATG is doing something important here, and there’s passion. Perhaps with a larger crowd and a few more nights on stage you’re going to see the glints of magic I saw and a whole lot more.

Around The Globe Theatre Company’s production of William Shakespeare’s The Tempest plays thru July 30that the Midvale Main Street Theatre. The show begins at 7:00 PM.Ticketsare $12-15 and may be purchased at the Box Office, or online at MidvaleTheatre.com. 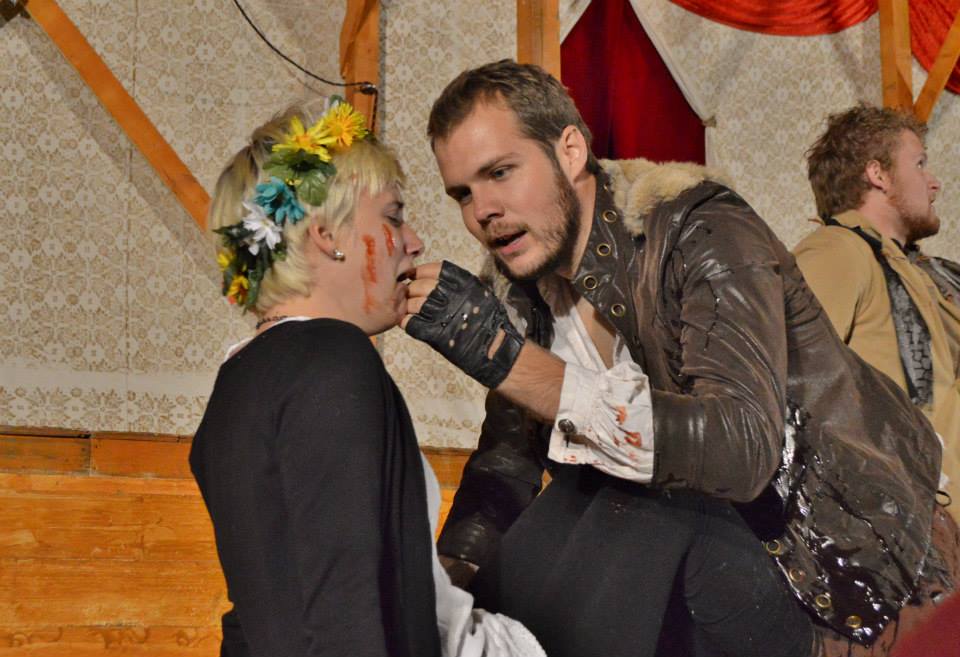 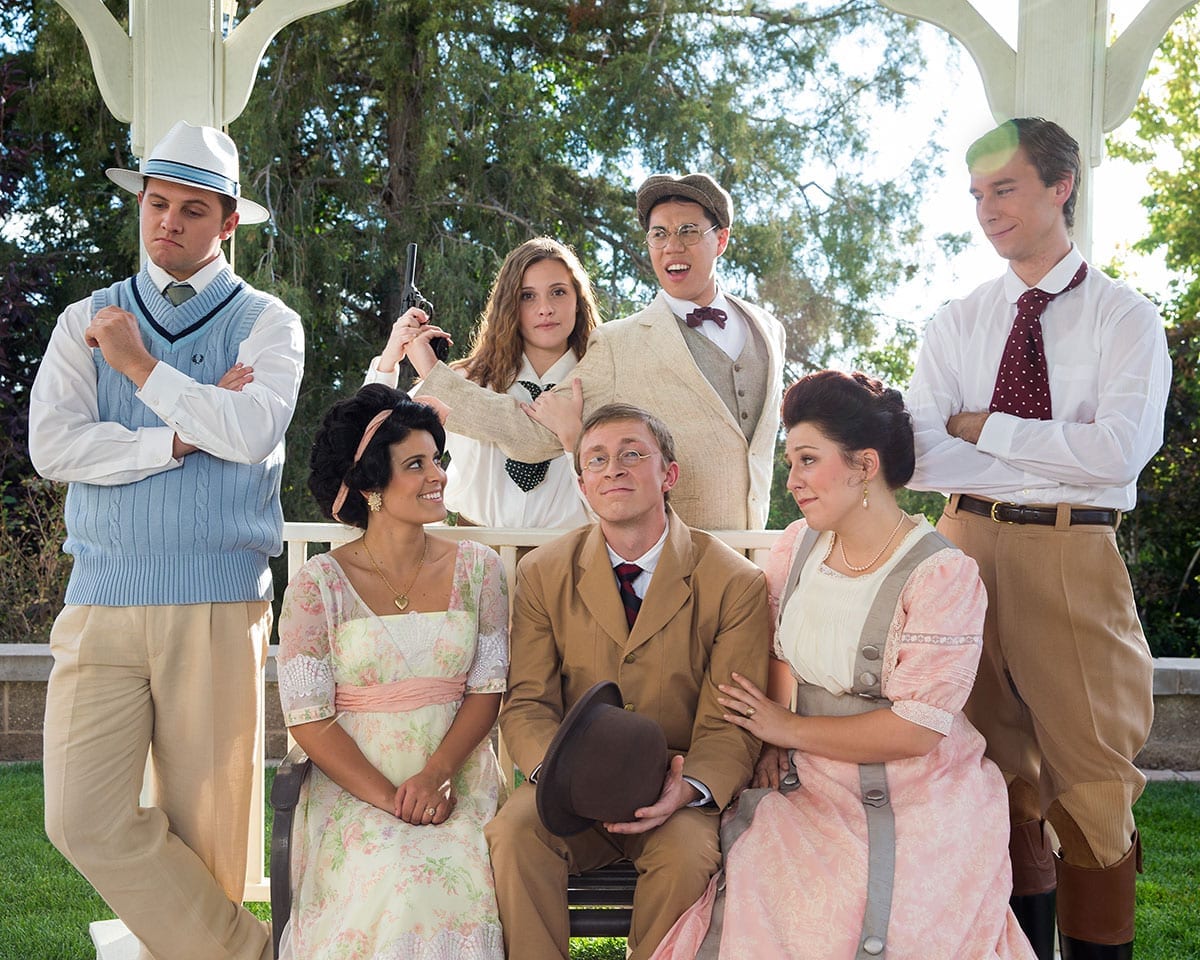 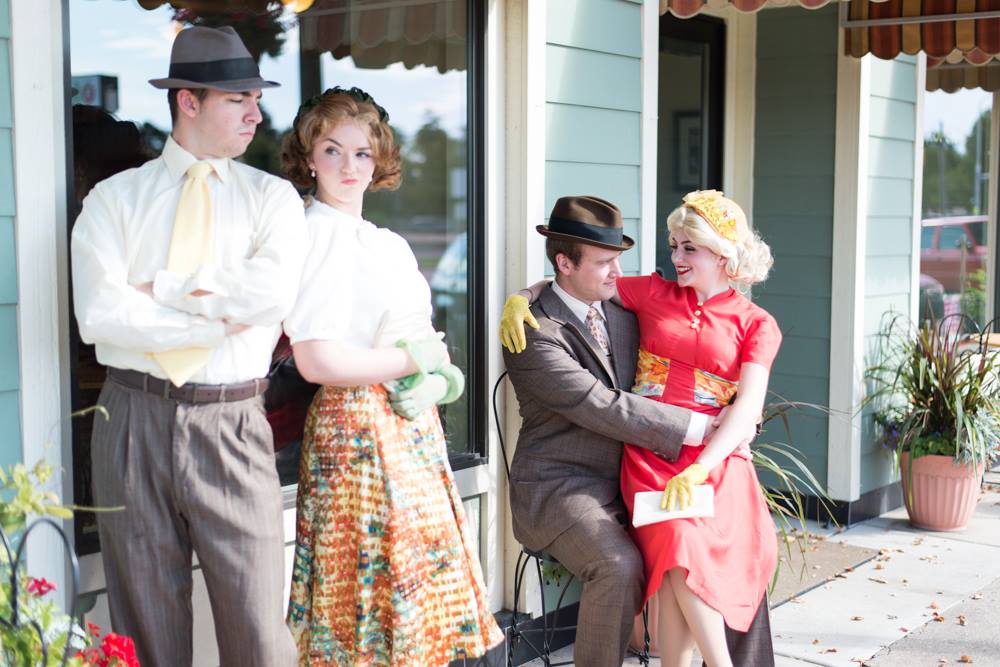 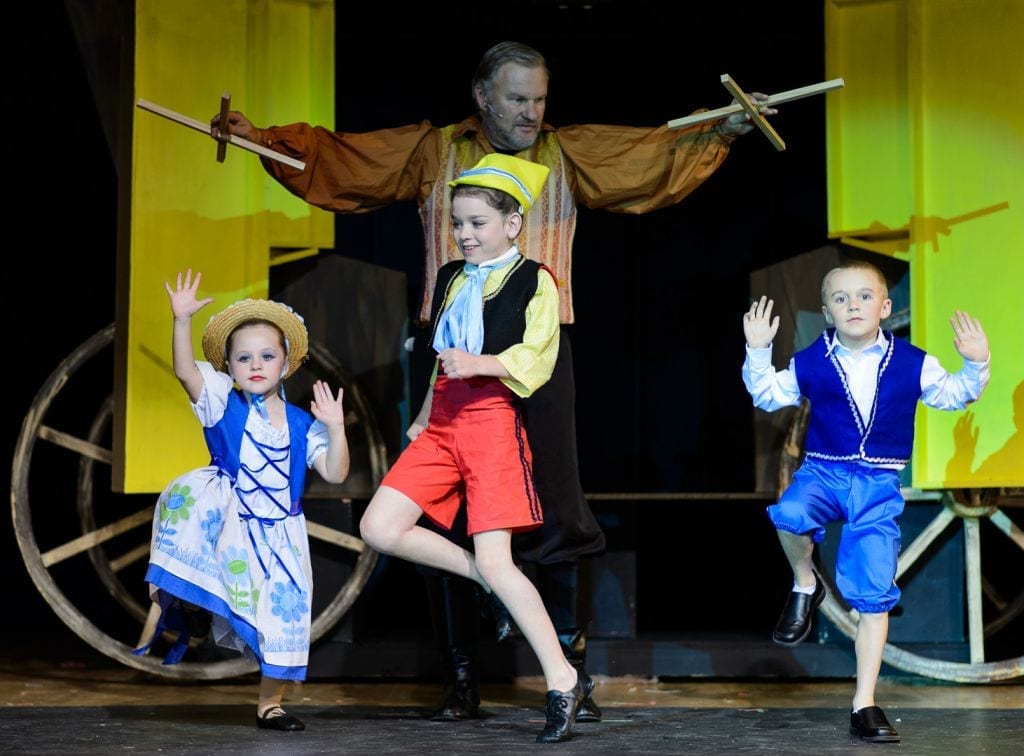