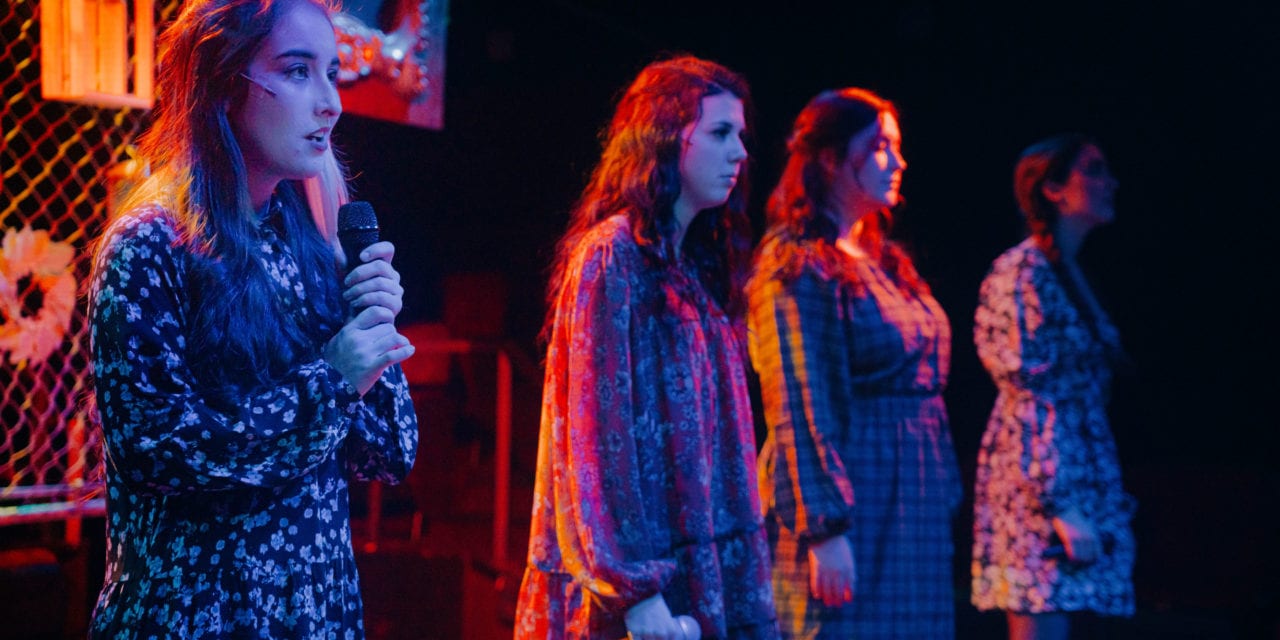 SOUTH JORDAN — It is likely no secret that I love shows like Spring Awakening, contemporary rock musicals that often feature themes of family drama, teenage angst, sexual repression, and rebellion. I was intrigued by Pink Neon Productions new streaming version of Spring Awakening, but admittedly skeptical that the show would translate well to filmed media. With the absence of the live element, I worried about the show losing the excitement it might need to remain entertaining. In preparation, I tried to make my living room as close to a theatre as possible with the lights off and the volume up loud. After only a few minutes, I was surprised by the production and immediately impressed. Luckily, the show maintained a driving energy and I found myself loving Pink Neon’s fun and affecting Spring Awakening.

Spring Awakening, with music by Duncan Sheik and a book and lyrics by Steven Sater, is the 2006 groundbreaking eight-time Tony Award-winning Best Musical. Set in late 19th century Germany, Spring Awakening is based on German playwright Frank Wedekind’s 1891 play of the same name. The play follows a group of teenagers struggling with various concerns of adolescence, including sex, desire, and the pressure to perform well in academia and religion.

Directed by Ryan Fallis, Spring Awakening is a true success. The staging, acting and design elements all build on each other harmoniously, enhancing the final product. The bold and colorful lighting design, also by Fallis, is evocative at times and at others energetic. With music direction by Alec Powell, the cast sounded technically proficient and the sound editing was done well. I appreciated the attention and emphasis to detail, like the exaggeration of a ripping sound of a dress. While the sound production was not perfect, occasionally sounding a bit blown out, it was never actually hard to hear and was overall impressive as it worked well with the video editing. Costume design by Annick Tolman is also notable as all off the characters appeared accurately depicted. 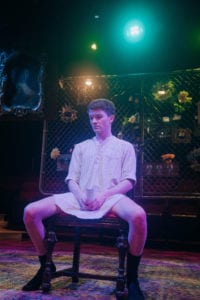 While all of the production elements in Spring Awakening were well done, I was most impressed with the excellent filming and editing. Staged in the round (filmed at Hale Center Theatre Orem), various camera angles and perspectives were used and often edited in ways I felt heightened the drama. A couple montages were used, emphasizing emotion and crucial moments for individual characters. Scene cuts were edited together seamlessly, surpassing limitations of traditional theatre. Some special effects were also used, such as camera fading, slowed down video, and static or distorted effects that would appear on screen. These effects were completely unexpected, and I was pleasantly surprised how much I enjoyed these film techniques. Ultimately, I felt that Spring Awakening preserved much of the charm of live theatre while translating exceptionally well to a fun and captivating film version.

Although the acting and singing is sufficient all around, the women steal the show in this production. The ensemble of girls (Keely Conrad as Anna Wheelan, Krystal Decristo as Ilse Neumann, Jessica Lewis as Martha Bessell, and Sydney Swalberg as Thea Rilow) is lovely as they completely embody the chemistry and passion of a close-knit friend group, ripe in innocence. Tearza Foyston is nuanced and expressive as Wendla Bergman, with her beautiful voice being showcased especially in the haunting musical number “Whispering.” Foyston’s chemistry with Nick Crapo, who plays Melchior Gabor, is cute as the two express desire for each other. Tanner Sumens as Moritz Steifel has great energy and connection to the role, and I particularly enjoyed him in the musical number “Don’t Do Sadness.” This number also especially exhibited the production’s great choreography by Nick Crapo.

I wish I could recommend watching Spring Awakening, but because I saw this production at the end of the run, the option to stream it is unfortunately no longer available. As the production was filmed, I’m hoping it is able to have another life at some point. As a new company in Utah, Pink Neon Productions certainly delivered with Spring Awakening, and I look forward to their future productions. Spring Awakening demonstrates how we often, to our detriment, let our youth define us. In reality we should be open minded to finding ourselves outside of the oppressive organizations and thought processes we may be more likely to fall into in our younger age. By better educating our youth we can be a force for positive change. 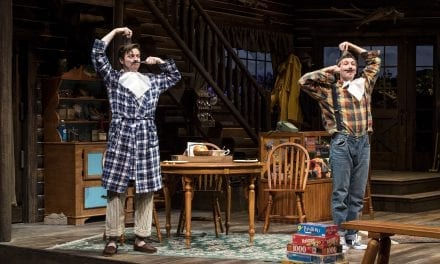 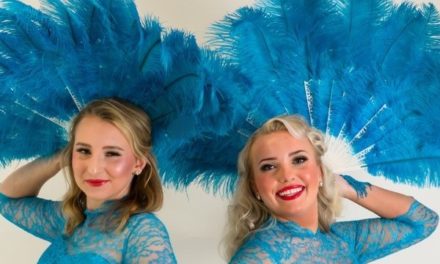 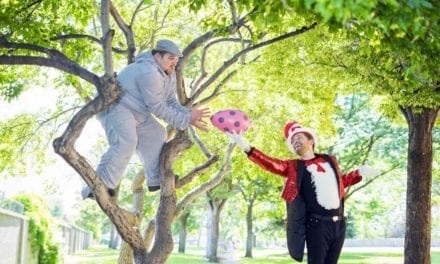