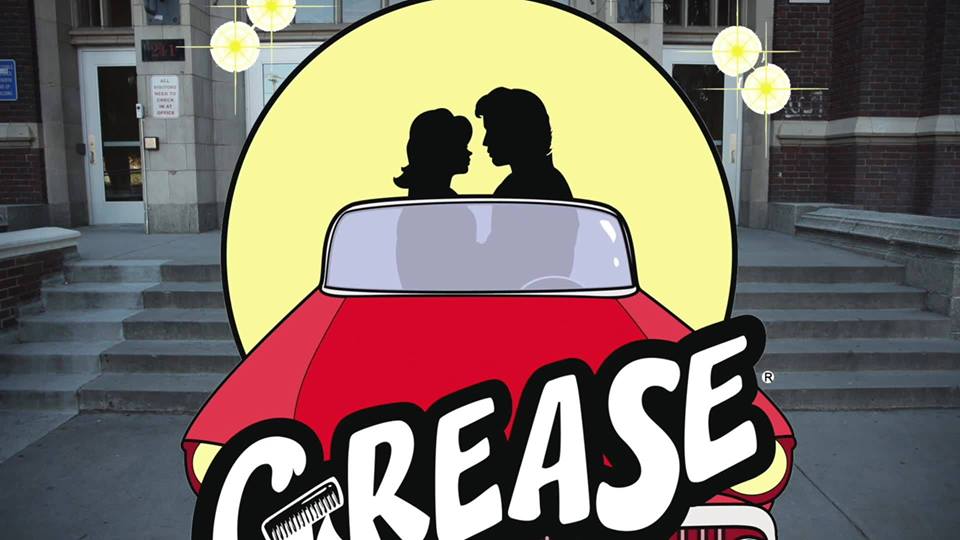 SALT LAKE CITY — The very first CD that I bought was the soundtrack to Grease. I had never seen the show, but a friend had convinced me that I would love the music, and love the music I certainly did. When I finally saw the 1978 film version, I wondered where and how so many of the songs I had enjoyed on the soundtrack fit into the story. After seeing Pioneer Theatre Company‘s production of Grease, directed by Karen Azenberg, I finally understood how the music all fits. Grease (book, music, and lyrics by Jim Jacobs and Warren Casey) is the story of the students of Rydell High School and their romances. The main focus of the story is Danny Zuko and Sandy Dumbrowski who had a summer fling and are surprised to discover that they are both attending the same high school. Danny, the heartthrob bad boy of the school, has a tough reputation to live up to. Sandy is sweet and innocent and not who Danny’s friends would expect him to fall for. Both characters undergo changes and new experiences in their pursuit of love.

I was taken in by Emma Hearn’s performance as Sandra Dumbrowski. Hearn, as Sandy, was perfectly sweet and naive; the epitome of a good girl. Not only was her interpretation of Sandy everything I could have hoped for, but her voice was also solid and strong. Every number that featured her was a pleasure to listen to. Hearn proved her strength as an actress as her character said “goodbye to Sandra Dee” and moved on to a completely opposite girl with the help of her new friends. I loved that in that final scene there were still glimpses of the old Sandy  while she was amazed at the the success of her new persona. Hearn was completely believable in her performance, and she brought out real emotions in me as I watched.

Hearn’s voice was well complimented by Pascal Pastrana in his performance as Danny Zuko. I especially delighted in Hearn’s and Pastrana’s ending phrase in the song, “Summer Nights,” as their voices meshed in tight harmony. I enjoyed that I could see Danny’s struggle with knowing how to handle his feeling for Sandy while also keeping his reputation. I loved that Danny had a bit of a goofy, dorky side to his tough guy act. It made it easier to see why Sandy had fallen for him over the summer, and it made having a friend like Roger more realistic.

Roger, played by Michael Schimmele, was my favorite character and performer on stage. Schimmele as Roger was definitely the comic relief in Roger’s group of friends, but he was also an incredibly talented vocalist. “Mooning” was always a favorite song for me on the soundtrack I owned, but I loved it even more at this production. I loved the double meanings, and the reactions of Jan (played by Kate Cassidy Ryan) to those double meanings, but I loved Schimmele’s high range and personality as well. Jan was also a delightful comedic relief to the Pink Ladies and the perfect match up with Roger.

The Pink Ladies, played by Kate Cassidy Ryan (Jan), Lucy Anders (Marty), Alex Kidder (Rizzo), and Jaymie Inouye (Frenchy), each brought individual personality and flare to the cast while maintaining a great group chemistry. Each character had their own struggles and challenges as well. The group did well at illustrating that even girls in the popular group have insecurities and problems.

The entire cast of this production deserves individual acclamation that I do not have room to give in this review, but I will give a few other highlight moments. The number, “Those Magic Changes,” did well to showcase Pepe Nufrio as Doody. He had a great 1950’s voice and the other performers on stage were great at being fun and a little goofy while still being stellar in their singing. “Beauty School Drop Out” had me laughing all while being impressed with the vocal talents of Dave Anthony Vogel as the Teen Angel. The sleazy celebrity performance of Vince Fontaine, played by David Guy Holmes, had my skin crawling and made me want to rescue Marty from herself.

The choreography, by Azenberg, was fun, kept with the time period, and was also well executed by the cast. The energy in the opening number, “Rydell Alma Mater,” was crisp, sharp, and highly energized. It was the perfect kickoff to a night of great choreography. The school dance was filled with fun individualized choreography that showcased many of the performers’ strengths in dancing, especially Cha-Cha Digregorio (Ashley Marinelli).

The tech for this show was as solid as the cast. The sets, designed by James Noone, were beautifully executed and moved in and out of the stage seamlessly. The lights, designed by Jax Messenger, added texture and mood to the set and the overall performance. The costumes, especially Teen Angel’s, were well designed by Patrick Holt. The costumes caught the essence of the time period and the personality of the characters wearing them. I only had two complaints for the entire night. The first was that the spotlight on the trio in the opening scene cut across the face of Eugene Florczyk (played by Kevin Dort). The second was that vocalists in, “Greased Lightening,” were lost in the volume of the music.

Although the story of Grease isn’t my particular favorite, as I personally find the ending a bit tragic, I enjoyed the quality of this production. The cast and crew did an amazing job. The 1950’s music and dancing makes this show a fun escape into the past. I enjoyed my night at Pioneer Theatre Company’s production of Grease and was blown away by the incredible talent on on stage. There is not a weak link in this cast.

Pioneer Theatre Company’s Grease plays in the Simmons Pioneer Memorial Theatre (300 S 1400 E, Salt Lake City) on the campus of the University of Utah through May 25, 2019 at 7 PM Monday-Thursday and at 7:30 PM Friday-Saturday with Saturday matinees at 2 PM. Tickets are $44-66 when purchased in advance. For more information visit their website. 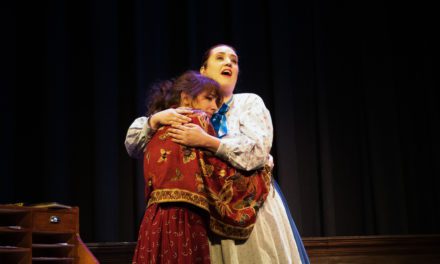