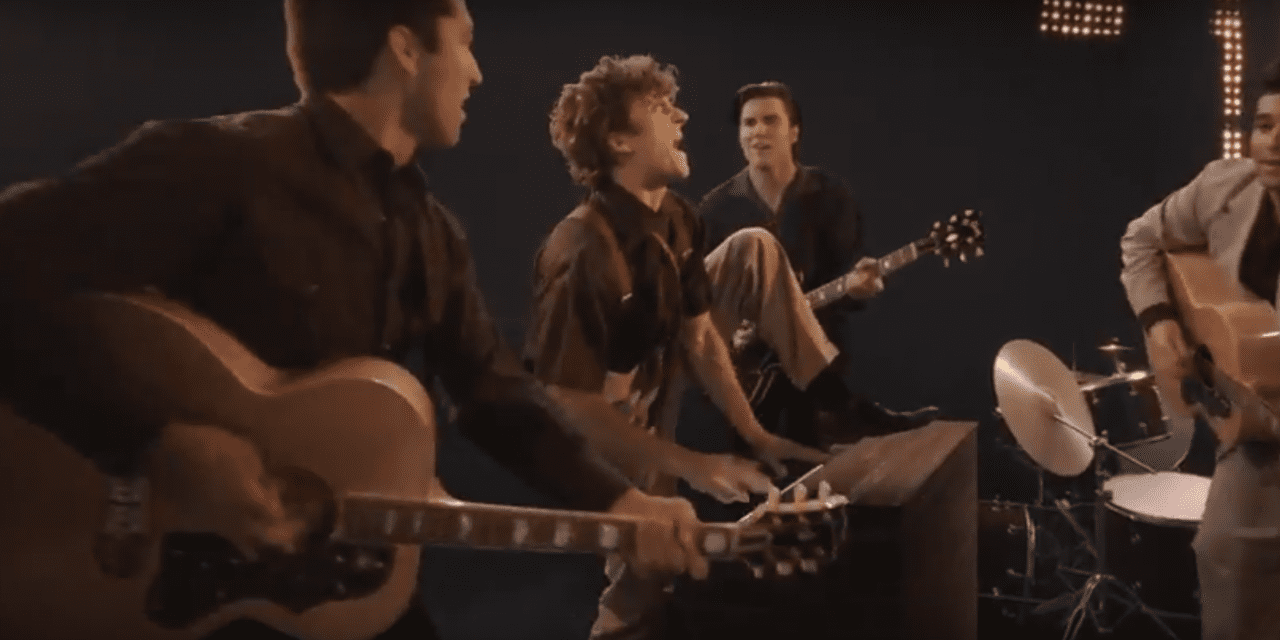 IVINS — There is a place down south called Tuacahn that many people in Utah may not have visited yet. I was one of those people. Tuacahn has more than just the large outdoor amphitheater. It has a high school focused solely on the performing arts. And inside this high school is wonderfully marvelous stage on which Million Dollar Quartet was performed by a cast that could beat any Broadway show. This was, hands down, the best show I have ever seen (and I’ve seen all the favorites on Broadway). This one is spectacular because of the pure talent of its actors.

Million Dollar Quartet is performed by Gabe Aronson as Jerry Lee Lewis, Benjamin D. Hale as Johnny Cash, Kavan Hashemian as Elvis Presley, and Colin Summers as Carl Perkins. These four make up the famous quartet that sang together in a Sun Records recording studio. The story is about Sam Phillips (played by John Gardiner), who wants the four musicians to make a record together. Except for Jerry Lee Lewis (who had yet to make it big), Phillips has pushed them to stardom. He has them play and plans to get all but Elvis on a further 3 year contract. Unfortunately, Perkins and Cash have already signed with Columbia Records.

As the lights came up and the four men started singing “Blue Suede Shoes,” I didn’t know what to think. The way Aronson was playing the piano made it hard to believe that a mortal could do what he was doing and hit the right notes. Same with the guitar players, Hale, Hashemian, and Perkins. They were moving those fingers around so fast, I figured everything was recorded and they were fingering silent instruments. When I began to realize they were actually playing, singing, acting, and moving to choreography, I was floored, and thought, “Where did they find all these guys in Utah?” I had heard Tuacahn was good, but I didn’t know they were Broadway good. When I looked at their biographies in the program, I finally understood. These guys were the real deal. They had worked years for these to perfect their skills in order to play these roles, and the result were performances that were at the next level of awesome.

The choreography, created by director Keith Andrews, was perfect at combining funny moments with the smooth style to the show, such as when the three guitarists would turn simultaneously to a beat in the music or from a lyric. When Elivs is auditioning for Sam Phillips, he does the classic Elvis knee bump and the first time he is almost surprised by the spontaneous leg movement, which was a nice touch.

I’m sure Andrews gave these talented performers plenty of freedom to show off, because Aronson was playing the piano so fast and hard, his hands going two feet in the air before landing on the keyboard, and Aronson used all parts of his body to play. Brother Jay (played by Daniel Bailey) perched himself on top of his double bass while playing it and kept playing the beat while carrying his huge instrument around the stage. Another hilarious directing tidbit was after the rivalry began between cocky Jerry Lee Lewis and stuffy Carl Perkins as the former played the tune “Nya nya na nya nya!” to be annoying. The banter between these two was so funny during the whole show, like when Aronson played the piano so loud Summers couldn’t hear himself sing, and ends up giving furious Aronson maracas to play instead.

As far as Elvis impersonators go, Hashemian was by far the most lovable one I’ve seen. He is younger than many and still has the baby face appropriate for an early Elvis. Hale was so fantastic at hitting those powerful low notes that I’m sure Cash would be proud of. He sang in his deep bass voice so close to the microphone that half his face was in shadow, so I appreciated how he pulled away in between phrases so we could see his expression, which was always so iconic. His nonchalant attitude was just right for the character, and I especially liked when he let loose one small smile at Aronson after blowing him away with a powerful version of “I Walk the Line.”

The costumes by Wilma Mickler were magnificent. I loved the iconic look given to each of the characters, like Hashemian’s white jacket, purple shirt, and black pants combo, or Hale’s black cowboy shirt with white lining. Aronson had some extra long creased maroon pants held up with suspenders which added to his youthful attitude. Kyli Rae, playing Elvis’ girlfriend Dyanne, had a gorgeous fur coat with a sexy green dress underneath. I also loved Hale’s large pea coat he wore outside. And when the characters all came back on for the end concert they each had a different colored sparkly jacket. What more could I ask?

The writers of Million Dollar Quartet, Colin Escott and Floyd Mutrux, created fantastic lines, like when Sam Phillips, referring to Jerry Lee Lewis, says to Dyanne, “Would you mind keeping that boy company? He needs an audience.” It was so funny because he was showing off nonstop the entire show up to that point, always trying to upstage the others, especially Carl Perkins. He even danced like Elivs at one point and then looked over to see if Elvis had noticed and smirked when he had. And I completely agree with Escott and Mutrux when they wrote, “Rock ‘n’ roll ain’t a fad, it’s a damn revolution!”

Gardiner had a magnificent voice and presence onstage. His character’s anger at finding out he was losing two of his best members was crazy and seemed to stretch out past the audience. Rae had such a beautiful range and a sultry feel to her voice. I loved how well she played the rivalry among characters and still brought everyone together despite their anger. For example, when she talked to angry the Sam Phillips, she spoke in such a soothing voice and he visibly calmed.

I really felt for Perkins as he displayed the hurt felt from having his work “Blue Suede Shoes” used to make Elvis popular and him forgotten. Thankfully, Carl Perkins will never be forgotten after people see this musical. I loved how the story culminated to the point of when the historic picture was taken of the Million Dollar Quartet. The portrait of the real quartet was projected on the screen for the audience to see long enough to get a real deep yearning out of me to see those four together. And then the actors played a concert together (as if the show wasn’t concert enough) just for us to enjoy. Aronson even had the audience stand for his song, which was so much fun.

I am already making plans to see Million Dollar Quartet again, and I highly recommend this show to anyone who loves music, theater, Elvis, Jerry, Johnny, and Carl.

The Tuacahn production of Million Dollar Quartet plays in the indoor Hafen Theater in the Tuacahn Center for the Arts (1100 Tuacahn Drive, Ivins) nightly (except Sundays and August 7) at 7:30 PM and on Fridays and Saturdays at 2 PM. Tickets are $29-29. For more information, visit www.tuacahn.org. 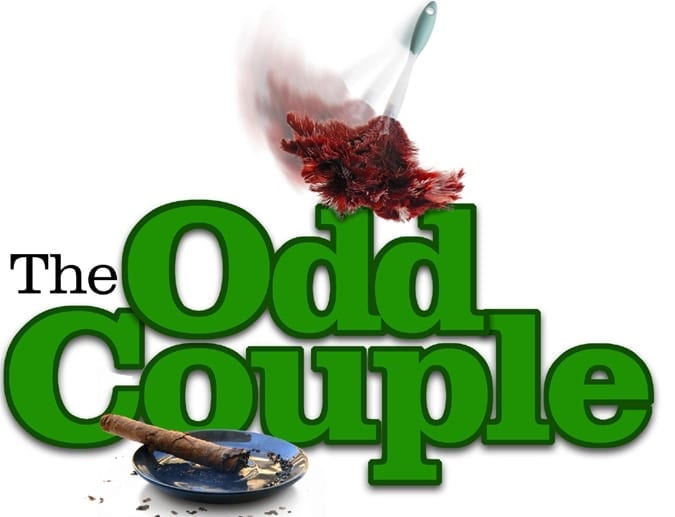 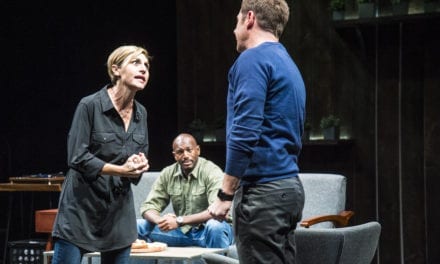 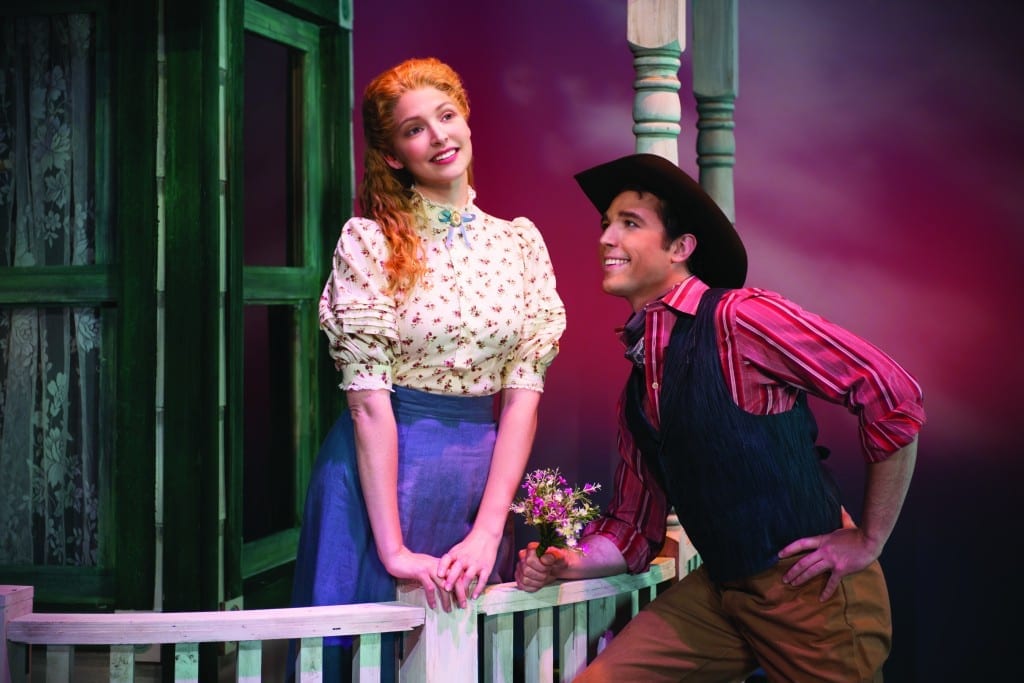 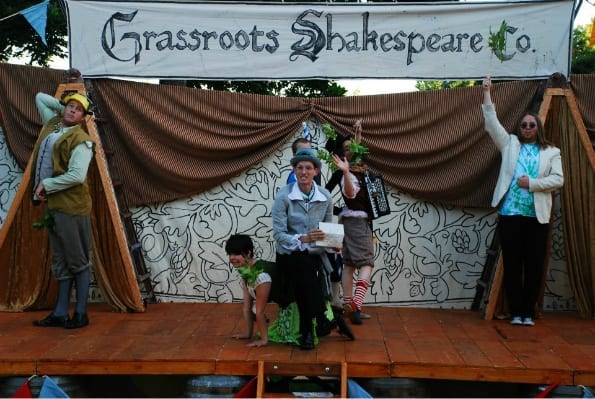