PROVO — As the saying goes, “Opposites attract.” But can they manage to stay together? The Covey Center for the Arts production of Barefoot in the Park, expertly directed by Robinne Booth, is a charming case study of the problem, perfect for a date-night out or just a way to take one’s mind off the dinginess of late winter.

The play begins with no one on stage—just an almost empty, dumpy “brown stone” apartment, with a paint cloth and an empty paint can conspicuously in the center of the floor.  Someone has been trying to spruce the place up.  Enter a pretty and energetic young woman, dressed in 1960’s clothing and burdened with purse and suitcase and small bouquet of inexpensive flowers.  She surveys the room with delight. Before she even sets down the purse or takes off her coat the young lady decides to scoop up the paint can, fill it with water, and haphazardly plop the flowers into the improvised vase.  The actresses’s gesture perfectly illustrated the character of Corie (played by Sierra Christensen), a newlywed too filled with the excitement of creating a bright future to care about practicalities such as finding a conventional container. 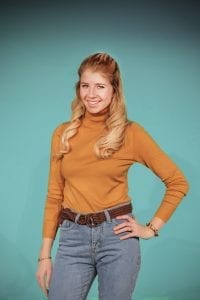 In contrast, her beloved husband Paul (played by T. J. Thomas), struggles in later, out of breath, burdened by the responsibilities of a new family and his first case as a lawyer.  He is horrified by the reality of the expensive, run-down home his wife has chosen, which lacks a tub, proper bedroom, or heat.  There is trouble ahead; he and his lively bride cannot even agree how many flights of stairs he has just trudged up.  He’s willing to the give mismatched marriage an honest try, but additionally faced with a mother-in-law who is struggling to adjust to an empty nest and a boundary and financially challenged man living in the attic, his resolve will be put to the test.

Barefoot in the Park is arguably the funniest and most successful play (of more than two dozen) by one of America’s most successful playwrights, Neil Simon. He was so successful, in fact, that he was nominated for more Oscars and Tonys than any other writer, and the only one to have had four productions running simultaneously on Broadway.  Barefoot itself played for almost four years on the “Great White Way” and was later made into a major motion picture. Of course, the play has been revived countless times in academic and community theaters due in part to its affordable small cast and simple set. Unfortunately, in the hands of beginning directors and actors the situational comedy of the play sometimes devolves into almost slapstick, emphasizing gags over subtleties of character. 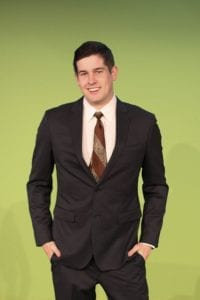 Fortunately for the Covey, Booth avoided the caricature trap, primarily by casting actors who are able to portray the genuine emotion in the somewhat absurd situations as well as keep up excellent pacing. Christensen and Thomas are recognizable and relatable as the hopeful young pair and seem to have a real affection for one another.  Kevin Peterson, playing the telephone repair man, is deft with the mingled sympathy and awkwardness of being inadvertent witness to the lover’s quandaries.  Long time followers of Provo theater will get a kick out of a cameo appearance by Paul Duerden, the Center’s own general manager as an asthmatic delivery man.

The riskiest casting choice Booth made was casting herself as the forlorn mother of the bride, a decision which proves to be absolutely right.  She and her foil, actor Lon Keith (as the colorfully near-homeless Victor Velasco), bring the honed comic timing developed only by a combination of real talent and years of theatrical seasoning.

Kudos should be given to the dramaturgs and production staff for excellent costuming, lighting, hairstyling, and prop details that made the 1960’s setting come alive.  (The drawback to the authenticity was the need for unavoidable but somewhat over-long breaks between acts.) But if there are any flaws in the production, they are the product of Provo culture and the staging this play in the 21st century. For example, the opening chemistry between the newlyweds was jarring, not because the scenes were shocking or embarrassing for the audience, but rather that the actors seemed embarrassed to be playing honeymooners.  The couple, as characters, has just finished a six-day love-fest honeymoon in a local hotel and are very happy with the physical side of their relationship (as Corie informs her mother).  The actors, however, are married to other people, and Christensen is even a newlywed in real life.  Perhaps this is why the long kisses between Corie and Paul came off as forced and uncomfortable.

The other difficulty with the show comes in the context of the “Me Too” movement, a long-overdue objection to the objectification of women and the repellent manner in which too many men assume they have a right to (literally) handle any female.  As someone with my own “Me Too” encounters, I found some of Velasco’s comments and actions, though needed for the set up of the plot, off putting.  Audience members who are not old enough to know that there really was a time when no one owned their own telephones (only rented), might not understand how accepted such behaviors were in the day.  Much like the newlyweds of the play who have to struggle to adapt to a new context, the current upheaval in overall relationships between men and women hopefully will also result in a better future.

Barefoot in the Park plays every Thursday, Friday, Saturday, and Monday at 7:30 PM through March 17 at the Covey Center for the Arts (425 W. Center Street, Provo). Tickets are $14-16. For more information, visit www.coveycenter.org.