BYU’s OFF THE MAP succeeds–once again

Provo — BYU’s international theatre festival, Off The Map, now an annual tradition in its fourth year, continues to bring new and foreign work to the University’s Provo campus. I have taken advantage of this unique opportunity every year so far, and have yet to be disappointed. This year’s festival promises to live up to the success of the previous years, with selections from the U.K. and Australia. Jonny Donahoe in Every Brilliant Thing

The first show of this year’s festival is Every Brilliant Thing, A Paines Plough and Pentabus Theatre Company production, based in England. This new play became a hit at the Edinburgh Fringe Festival with themes of mental illness and a profound and inspiring message. Written by Duncan Macmillan and directed by George Perrin, Jonny Donahoe plays the only unnamed character in this at first seemingly one-man show.

Donahoe actually interacts with the audience to tell stories from his life, with various audience members representing people from his past. This unique form of storytelling worked very well in this setting, exciting the audience by creating an experience of intimacy and comradery. Donahoe begins telling stories from his childhood, in which he struggled with a mother who suffered from depression and a particular suicide attempt. This event prompted Donahoe to begin keeping an ongoing list of the brilliant things on earth that make life beautiful and worth living for. As the play progresses, Donahoe skillfully brings to life more of his character’s life stories as he grows up, and as I heard of various items that he adds to his list, I was reminded of the simple pleasures in life, as well as experiences that make life difficult and at times unbearable.

Every Brilliant Thing, while a comedic and tender portrayal, becomes a surprising and deeply touching message about depression and suicide, and works to break down the stigma of mental illnesses and seeking treatment. It is a reminder that everyone has their own trials, but through perseverance we can find meaning and enjoyment in our lives. Supposedly based on true and untrue stories, Every Brilliant Thing has moments I believe everyone can relate to. The play is moving and uplifting, and I left the theatre inspired to create my own list of brilliant things.

Continuing with the theme of unique storytelling, the next two shows featured during this year’s Off The Map festival, are presented by The Last Great Hunt theatre company, based in Perth, Australia. The Adventures of Alvin Sputnik: Deep Sea Explorer, and It’s Dark Outside, are both innovative and captivating shows that use diverse forms of storytelling to entertain while communicating significant messages.

The Adventures of Alvin Sputnik: Deep Sea Explorer, created by Tim Watts in 2009, has toured sold out performances all around the world, and has received numerous awards. The play takes a creative approach, using various forms of storytelling, including pantomime, puppets, shadow play, and flash animation. This one person show, performed by St John Cowcher, tells the story of Alvin Sputnik, a man who travels to the bottom of the ocean to save the human race. He is in search of “new earth,” one of the only habitable places for humans now that the earth has flooded. Cowcher is accomplished in expertly using his entire body to play Alvin and relay his adventures through various forms. With many different mediums, the show remains stimulating throughout, and I found myself invested in Alvin’s story. The adventures of Alvin Sputnik… is heartwarming, while also warning about the potential dangers of climate change. The play takes a smart approach to demonstrate an important message about protecting our environment while at the same time being entertaining for everyone.

It’s Dark Outside, created by Arielle Gray, Chris Issacs, and Tim Watts, and performed by Chris Issacs, Sarah Nelson, and Tim Watts, is very similar to The Adventures of Alvin Sputnik… in the way the storytelling is presented. This show uses the same aspects of unique storytelling, mixing puppetry, shadow play, and animation, though on a larger scale. It’s Dark Outside is described by the creators as “a sad show” portraying an old man who suffers from dementia, particularly Sundowning Syndrome.  As night falls, he wanders into the wilderness and experiences many peculiar adventures. As the old man experiences interactions with his son, we question the old man’s reality and begin to see the complexities and hardships of dementia. It’s Dark Outside becomes a beautiful tale of the parent-child relationship and takes a meaningful look at a tragic and complex disease.

Every Brilliant Thing, The Adventures of Alvin Sputnik: Deep Sea Explorer, and It’s Dark Outside are all profoundly enjoyable shows that not only entertain but teach important and helpful messages that everyone can benefit from. These three shows prove that Off The Map continues to be a rich tradition, bringing fresh, creative, and inspiring work to our Utah community.

Brigham Young University’s Off the Map international theatre festival ran January 13-21 in the Harris Fine Arts Center on the BYU campus.  For more information about the performances, visit www.byuarts.com. 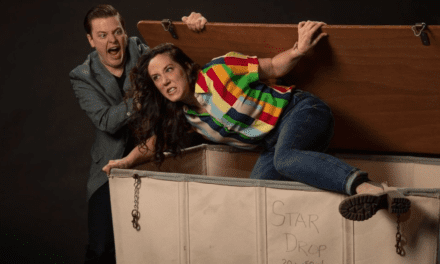 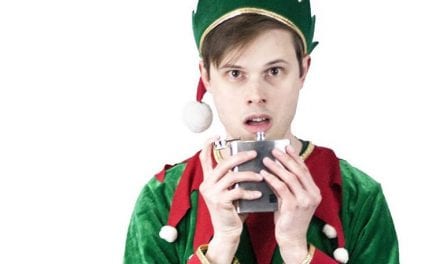 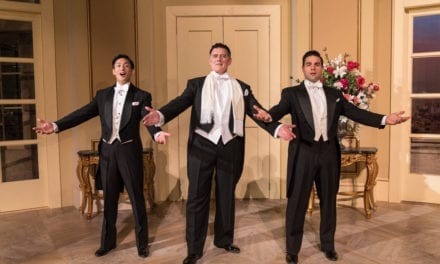