A new perspective on grief through AN OAK TREE 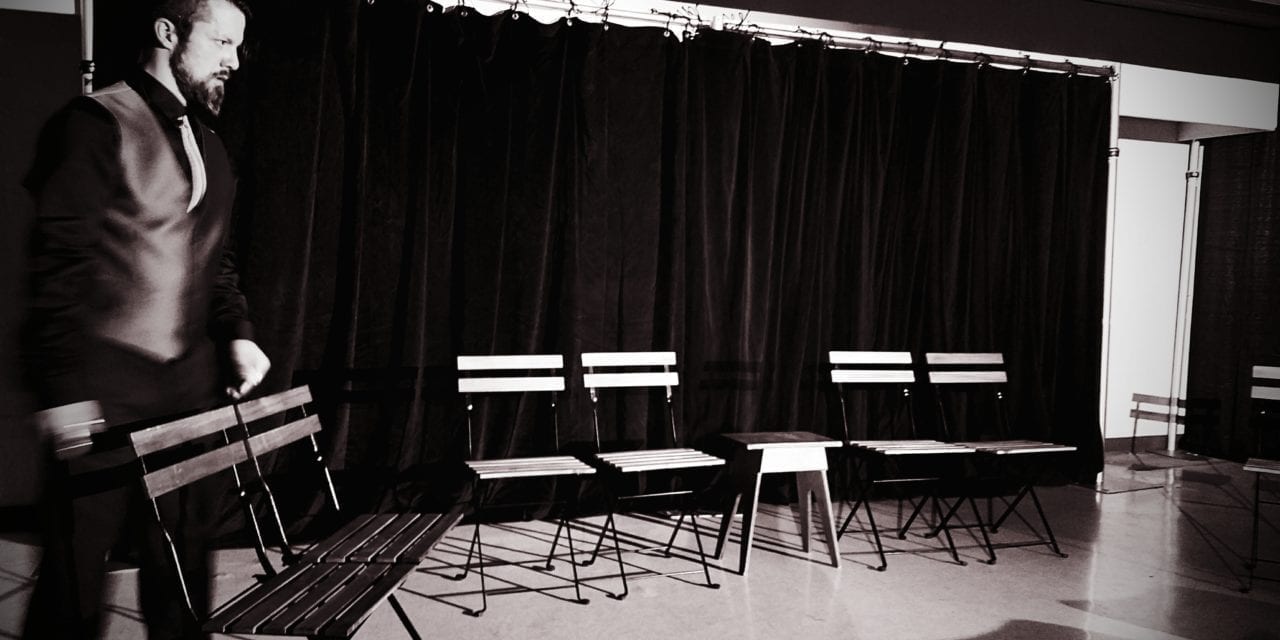 SALT LAKE CITY — A father thought he sat at the side of the road, arms flung wide around the trunk of a large oak tree.  In reality he was on a hypnotist’s stage and under the hypnotist’s control—and control was something the Father had been lacking since his daughter had been accidentally hit by a car. Recognizing that his inability to deal with the loss was now affecting his relationship with his wife and younger daughter, he had come to the hypnotist for help. The two actors on stage in An Oak Tree, Barrett Ogden and Davey Morrison Dillard, portrayed the Hypnotist and the Father respectively, playing a scripted version of themselves, dropping character and discussing the plot they are in. What made this show fascinating was that Dillard has never actually read the script nor seen the play. In fact, a different actor plays the role of Father at each performance of An Oak Tree.

On the afternoon I attended, Dillard received information pertinent to his role in various ways. First, Ogden would simply tell Dillard where to stand and what to say, frequently asking a question and providing the answer which Dillard would verbally mimic. In each case, Dillard infused character and emotion into these one-word responses, somehow adding a nearly tangible charge to the syllables. In longer, dialogue-heavy scenes, Ogden handed Dillard a clipboard with the lines for the scene highlighted.  While technically this qualifies in the theater world as a “cold read,” there was absolutely nothing cold about these moments. During the scene in which the Father expressed his need for help to the Hypnotist, Dillard had received a stack of pages each featuring only one line for him to deliver before turning a page.  Watching Dillard frantically flip each page, hungering for the next line the Father needed to speak, I felt like putty in director Alex Ungerman’s hands, my emotions being manipulated not only by the actors on the stage but by each carefully planned detail.

Dillard also wore headphones attached to a walkie-talkie communication system which Ogden could use to whisper instructions straight to Dillard’s ears.  In these instances, I wanted to be completely consumed by the Father but found myself distracted by the instructions which I could often hear. Once the action was underway, however, I found myself as engrossed. For example, when under the Hypnotist’s power, the Father was instructed to play the piano.  Dillard was so attuned to a track of music he had never heard that his fingers mimicked the runs and trills only fractions of a second after they had sounded.

Those intimately acquainted with grief often say that it gets ugly. As Ogden portrayed Claire’s mother, standing on the roadside yelling at a husband lost in the tree he’s chosen to embody the qualities of his dead daughter, I can’t imagine it getting any uglier. The erratic rhythm with which he bounced their remaining daughter, represented in this production by a chair, on her hip, the snot and the spit and the blood shot eyes, the yelling and the sheer desperation of it all – this was as authentic as I have ever seen grief on a stage.

As is the way with grief, nothing was directly resolved in this script by Tim Crouch.  However, a subtle shift in power between characters occurs during the play, which provided hope that the Father would somehow emerge from his darkness. My resulting raw emotional state and pervasive need for tissues and hugs at the curtain call is evidence that my experience at An Oak Tree was not just unique but important. This Sackerson production took an hour of my life and stole nearly all my composure but left me with a new perspective.

Remaining performances of the Sackerson production of An Oak Tree are August 3 at 9 PM, August 4 at 6 PM, August 5 at 12:30 PM and 8 PM, and August 7 at 6:30 PM at the Fringe Factory (2234 S. Highland Drive, Salt Lake City) as part of the Great Salt Lake Fringe Festival. Ticket prices vary. For more information about Sackerson, visit sackerson.org. For more information about the Great Salt Lake Fringe, visit www.greatsaltlakefringe.org.

Full disclosure: One of the producers (Dave Mortensen) of this production is the founder of Utah Theatre Bloggers Association. Mortensen had no involvement with the writing or editing of this piece. Honest criticism was encouraged. 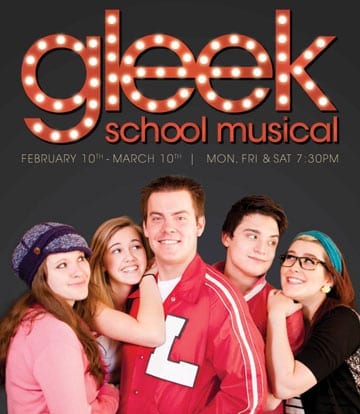 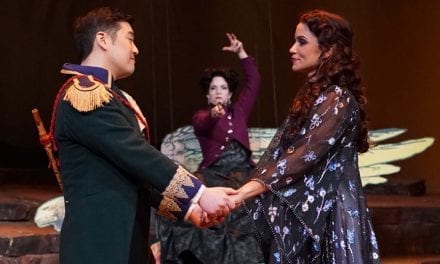