CEDAR HILLS — Once On This Island is a musical that is being produced as part of the new Creekside Theatre Fest in Cedar Hills. The show is a telling of a story of love between people of different worlds on an island in the Caribbean Sea. Originally on Broadway in the 1990’s, Once On This Island was written by Lynn Ahrens and Stephen Flaherty. The story follows a young woman and peasant named Ti Moune, as she is guided by four gods during a journey of finding and falling in love with someone of the rich French farming plantation, and the difficulties of this love.

Creekside Theatre Festival’s production is performed in an amphitheater that sits on the bank of a creek, surrounded by trees. Patrons sit on the other side of the creek, and enjoy the lovely creek and stage and scenery. This was one of the best locations I have ever been to. There is no seating, so I would encourage bringing a blanket or chairs to sit on. Adding to the positively delightful atmosphere is the live music used in the production. Music director James Dalrymple put together a fabulous pit in order to provide live music rather than a canned recording, and this always adds to the theatrical experience. The musicians were not listed in the program, but I was impressed with each one of them and the time and effort they took to provide the live music. It was especially nice in the open air setting.

Director Jordan Long made a lot of interesting choices for the show, and one of my personal favorites was the choice to incorporate the creek as part of the set and to use it in the development of characters and the plot. One point in particular, when the character of Daniel (played by Jacom Clarkson) was injured, he dramatically fell into the creek and then maintained character as he was wet and likely cold as the sun went down. It was a risky choice, but one that fit well with the story and character. There were also moments in songs where choreography was enhanced by use of the creek, and an excellent moment at the end of the show when the use of a natural tree was highlighted to guide plot development. Another nice touch was having the gods of the story that guided Ti Moune, played by Jeanelle Long, give her a piece to add to her costume as they emphasized their part of the story in her journey.

There were a few things that could be improved in this production. It was unclear if it was related to the sound system, or just particular actors, but the blending of voices in some of the songs was disappointing. The show has four gods, Papa Ge (played by Johnny Hebda), Erzuile (played by Rebecca Roberts), Agwe (played by Matt Hansen), and Asaka (played by Brandi Washburn). As each sang their individual songs, the strength of their talent was evident. However, in a few of the songs in which the gods work together, the voices struggled to mesh appropriately and therefore the harmonies were dissonant. In addition, the sound system had issues with silent microphones and balancing between music and cast performances.

Hebda, as Papa Ge, excelled at the evil role, and his evil laugh made me wonder if he was having a little too much fun with this role. Washburn’s role as Asaka may have been my favorite of the evening. As she began to sing the song “Mama will Provide,” I was impressed with not only her strong vocal performance, but also the depth of character she chose to bring to the role. She gave the impression of a strong yet fun loving mother figure that would always be there for her children.

The chorus numbers were a bit overcrowded with the small stage. I am absolutely thrilled to see a community come together for this show, but with such a small stage, but it was difficult for the cast to perform well in such close quarters. However, I was glad when the director made to use of the expansive area beyond the stage, and he even had actors perform in the audience in some parts of the show. I just wish those techniques had been utilized more frequently.

Overall, Creekside Theatre Festival has a nice premiere production, and the atmosphere alone makes Once on This Island a worthy show. I hope to see more creative choices in the future using the location and the built in ambiance it provides.

Once on This Island is playing as part of the Creekside Theatre Festival on June 20, 22, 24, and 27 at 8 PM at the Heritage Park Amphitheater (4425 W. Cedar Hills Drive, Cedar Hills). Tickets are $8-10. For more information visit www.creeksidetheatrefest.org. 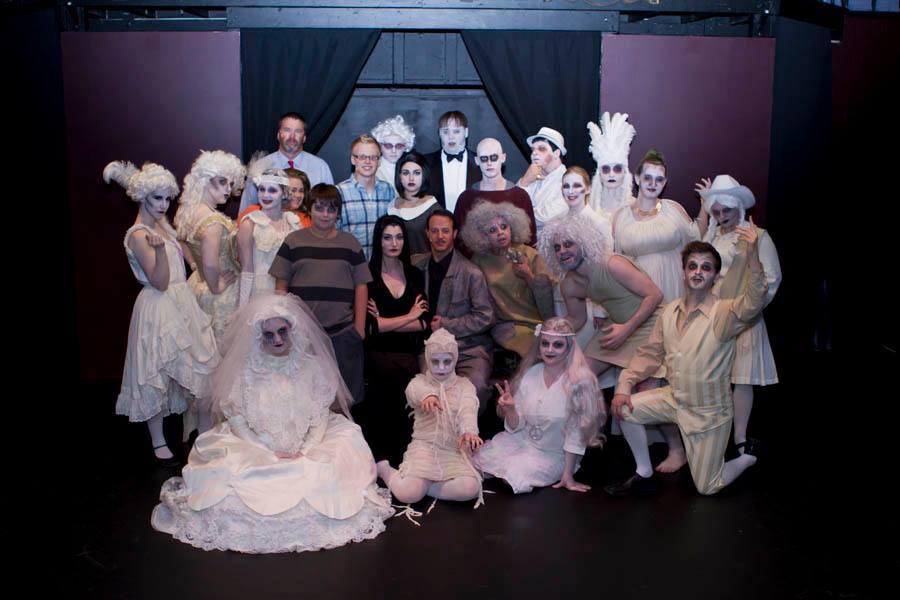 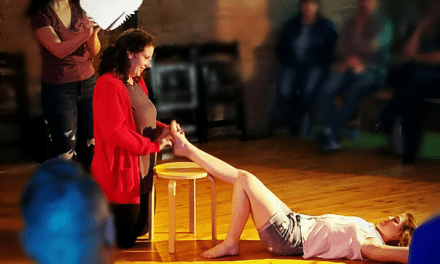