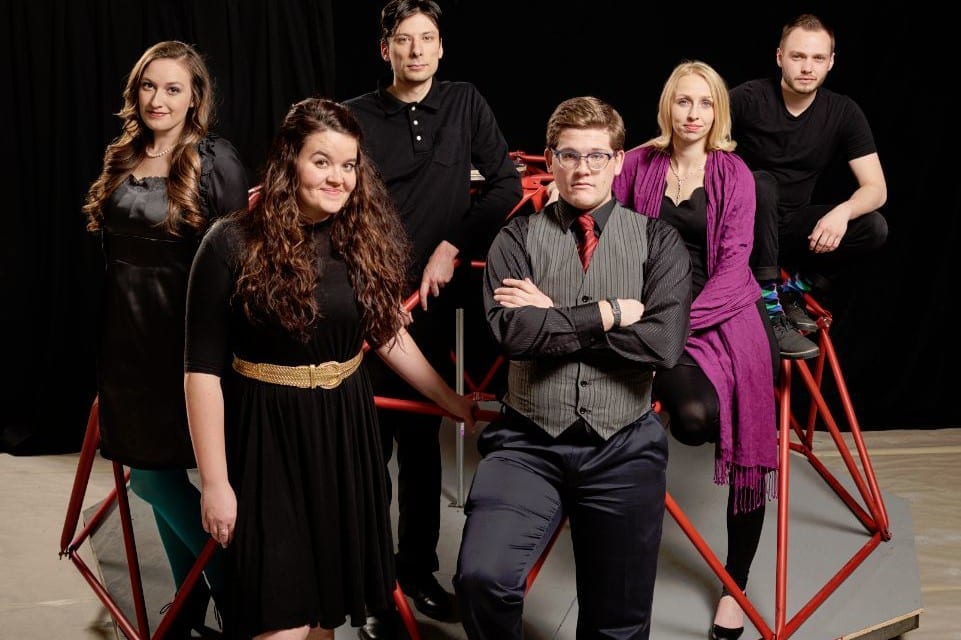 LOGAN — Songs For a New World is a song cycle written by Jason Robert Brown that depicts a number of scenarios involving people facing crossroads or changing points in their lives, and the lessons to be learned from these events. Different from a regular musical, the songs performed aren’t connected by scene work or by a plot line, but only by thematic elements. Each song depicts different characters, always labeled as simply “Man” or “Woman” with a different story to tell. The USU Opera Theatre presented this song cycle in the Morgan Theatre on campus April 8 and 9.

Being a first time viewer at this theatre, I went in with apprehension about the performance, unsure of how well this particular show would be handled at a collegiate level, and I was thoroughly impressed. I will be returning for shows in the future with high hopes for what they can accomplish. Director Stefan Espinosa made a wonderful choice to set the cycle in what he deemed “a mental playground” complete with jungle gym, swing and seesaw (set designed by Kyle Stein). The entire theme was very touching, feeling as if the performers were stuck in a child-like state, yet working through adult problems. The characters seem to be doing their best while attempting to hold to the things they were familiar with. In Espinosa’s vision almost every song in the cycle there was some symbolism or interaction involving sidewalk chalk drawn on the stage itself in different patterns or markings. The illustrations used were always appropriate to the material, ranging from a half-moon center stage to stars and stripes drawn with passion, or coins scattered throughout. The continuing thematic element had a reminder of the child in each person, but each drawing connected the actor with the very real adult situations being depicted on stage. 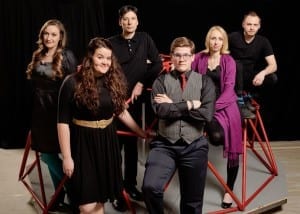 The small cast of six were talented and well-rehearsed. Each member of this cast has to be a wonderful performer and vocalist on their own by nature of the show, but just as important is their ability to combine effortlessly into a group. While working as a group in ensemble numbers, their harmonies were as tight as their choreographed movements. Brown’s music calls for some very harsh dissonance at times, while fulfilling full major chords at others, and each was given as much as attention as the other.

Devin Davis, in particular, was a phenomenal soloist in such songs as “On the Deck of a Spanish Sailing Ship.” He completely filled the stage with his presence and his voice, smooth yet forceful, and then within the same song he would drop seamlessly into the ensemble, completing a wonderful chord with his tenor strength, blending beautifully. The same was true of the other performers, such as Nicole Vander Does in the finale, “Hear My Song,” where Vander Does played the motherly figure comforting those who seemed down on luck and becoming part of the group instantly when it was called for. 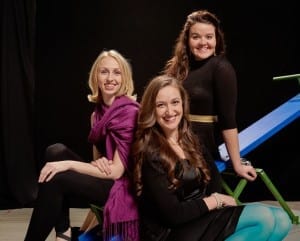 Another highlight of the evening included the interpretation of Sean Peters in “I’d Give it all for You.” Peters brought a feel to his characters that was all his own, and changed the view of each piece so uniquely that each character he portrayed was completely different from the others. During “I’d Give it all for You” he had a sense of wonderment and flippancy about him, giving the feel that he was so amazed and nonchalant about the things that had happened to him during this separated time from his partner, that it was almost humorous. “She Cries” was underlined with a feeling that even though this man was upset about all of the times he had made a woman cry, he felt slighted and used by these women, adding a new layer to the song.

Several songs in this cycle were written as comic pieces, and Kimberly Muhlestein was a wonderful choice for these pieces, committing fully to each choice she made, and eliciting a chorus of laughter from the audience. Specific moments included the adopted accent for “Surabaya Santa,” only to be dropped at the perfect moment of frustration declaring, “I’m not even German!” The timing was precise and produced a full out laugh from myself and my guest. Muhlestein’s other standout moments were spread throughout “Just One Step’ as she declared that all it would take is just one step off the side of a building to change her entire life, holding this threat over her estranged husband. 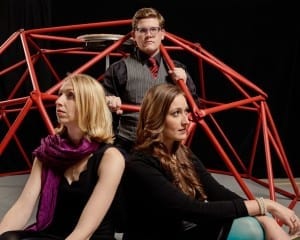 Rebecca Soelberg was cast for pieces that were smoother and more contemplative, but delivered these songs with power and emotion. “Christmas Lullaby,” for example, told of a young expecting mother trying to make the best of what seems to be a bad situation, and Soelberg portrayed that situation beautifully.

The technical elements of this performance were just as enlightening and influential as the actors on the stage. The live orchestra was absolutely stellar, executing the full score with ease with just five musicians. The lighting, designed by Alec Spear, was emphasized the topic of each song and enhanced the theatricality of the performances.

Overall, the performance by this group of talented actors left me feeling satisfied and eager to return for their next show. Although Songs for a New World has closed, I recommend that readers visit Logan to see what the students and artists of USU Opera Theatre have to offer. You may have a wonderful night to remember.

Songs for a New World played April 8 and 9 on the campus of Utah State University. For more information about performances from USU Opera Theatre, visit music.usu.edu/area_of_study/operatheatre.