PROVO — “He was despised and rejected of men.” This verse of scripture from the book of Isaiah serves a lyric to one of the most famous solos of The Messiah. It is also the line that best describes the unseen central character of Joyful Noise: Jesus Christ. Although on the surface Joyful Noise is the story of George Frederick Handel’s composition of The Messiah, beneath the dialogue is a message about the healing power of Christ and its ability to make anyone a better person.

At the Covey Center for the Arts Joyful Noise is an annual tradition, and it’s not hard to see why. Tim Slover‘s script (which I have praised before) is sublime, funny, and supremely literary. And although a message of redemption and spiritual healing is central to the play, Slover never veers into didaticism or maudlin emotion. Instead, Slover has created a work that would be acceptable to people of almost any religious persuasion—or none at all. As a result, the Covey Center has found a show that appeals year after year and offers a touching message appropriate for the Christmas or Easter holidays.

Under the direction of David Hanson, this production is strong enough to warrant clearing an evening during the busy December season to see the show. Hanson uses the tight space of the Covey Center’s black box efficiently, and he was able to manage some of the complex moments (such as in front of the theater or during the last sermon) without causing any confusion. David Hanson also ensures the show clips along at a nice pace, with no dull moments or slow scenes. However, I wish the director Hanson had squeezed more humor out of the character of Kitty Clive (played by Kat Webb), whose audition scene for Handel and guest moment at the pulpit have the potential to be riotously funny. But this is a minor quibble in a masterful show.

Leading the cast is Julianna Boulter Blake as Susannah Cibber, the disgraced singer who is desperate for any opportunity for her career after being the victim of a sex scandal. Blake created a wonderfully sympathetic character. The height of Blake’s performance came when she was telling her character’s story to her new confidante, Mary Pendarves (played by Lynne D. Bronson). Blake’s delivery in this scene was tender and heart wrenching, and she immediately convinced me of her ability to manage such a large, emotional role in the intimate space. Playing Susannah’s nemesis, Kitty Clive, is Webb, whose character immediately exuded loads of pettiness and spite. This forceful early character choice made the Kitty’s eventual transformation miraculous, yet not absurd or hokey. The scene in which the lyrics of The Messiah first touch her heart (“How beautiful are the feet . . .”) was a highlight of the evening. The final female cast member, Lynne D. Bronson, was delightful as the batty Mrs. Pendarves, and her undying devotion to Handel and his music created a ray of sunshine in every scene. Her defense of Handel on the opening night of the London performance of The Messiah was the apex of the character’s quirks, and Lynne D. Bronson built up to the moment naturally during her earlier scenes.

The male cast members also made valuable contributions to the story. As Bishop Henry Egerton, Jeffrey Hanson created a nuanced performance that made his character far more than a villain. Rather, Jeffrey Hanson showed that Egerton’s opposition to Handel’s work was rooted in his concern for the souls of the king and his parishioners. Perhaps because of his film experience, Jeffrey Hanson was subtle in his acting, which worked for the small space and the dignified bearing of the bishop. As King George II, Travis Hyer was thoughtful and reasonable as a king who is trying to navigate his place as leader of a nation that he was not born in. However, I wish Hyer had shown a more profound depth to the king’s grief over the loss nearly three years previously or his wife, Caroline. The scene at her grave was too subdued for me to believe that the George was a man still reeling from the loss of his wife. Finally, J. Scott Bronson, in the role of Handel created another sympathetic performance. He demonstrated Handel’s frustration at being a has-been in the London music scene, believing that the people did not appreciate his genius. I especially loved Handel’s opening tirade, which cleanly demonstrated why all the other characters in the play felt the way about him that they did.

Although the performances and the script were strong in this year’s Joyful Noise, the show is not flawless. The final musical number too quiet in the beginning (before the last chunk of dialogue), and the accents in the cast—especially the German accents—were often inconsistent or too phony. Also, the Covey Center should consider purchasing powdered wigs and period shoes to accentuate the otherwise nice costumes.

Yet, this production of Joyful Noise is one of the strongest of the four that I have seen. The love and care involved with this production keep Joyful Noise from devolving into a slavish, soulless annual ritual (like some local recurring stage productions). The result is a pleasing show and an important reminder of the central component of the Christmas season.

Joyful Noise plays at the Brinton Black Box theater in the Covey Center for the Arts (425 W. Center Street, Provo) every Thursday, Friday, and Saturday through December 13 at 7:30 PM and daily from December 15 to 20 at 7:30 PM. Tickets are $12-14. For more information, visit www.coveycenter.org. 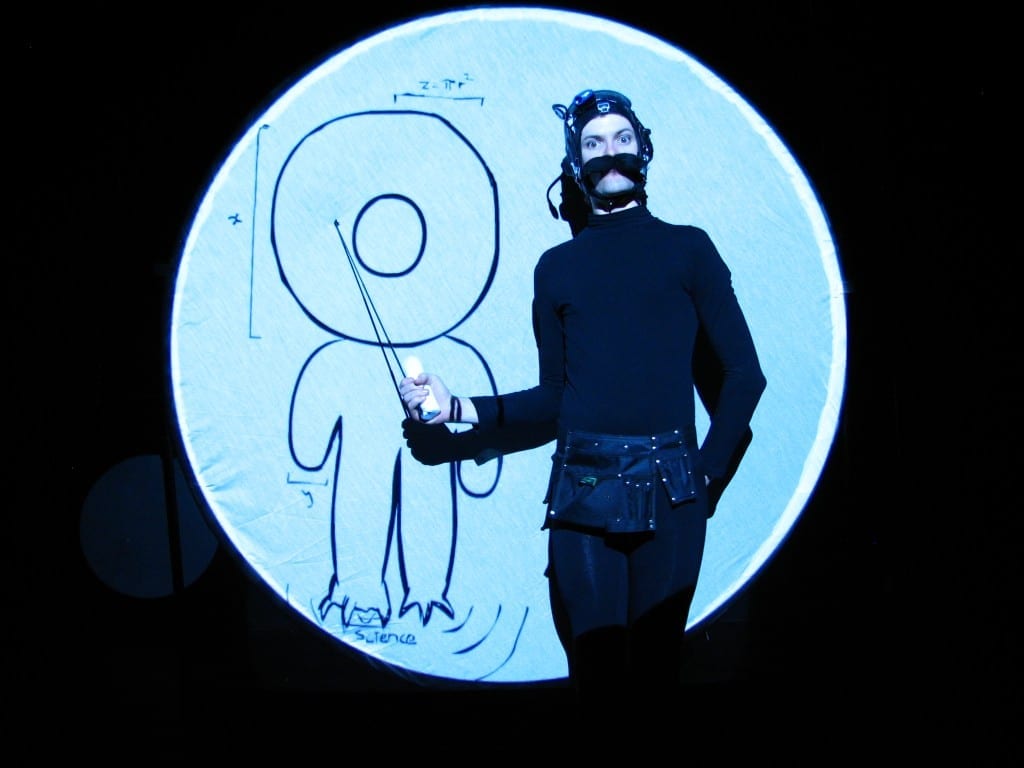 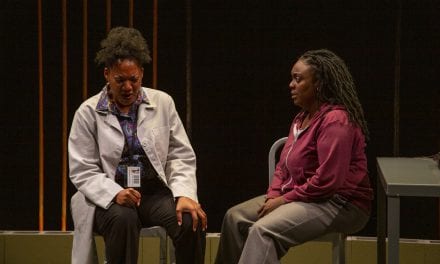 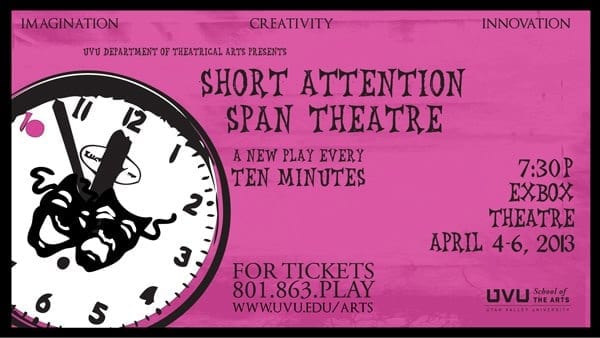 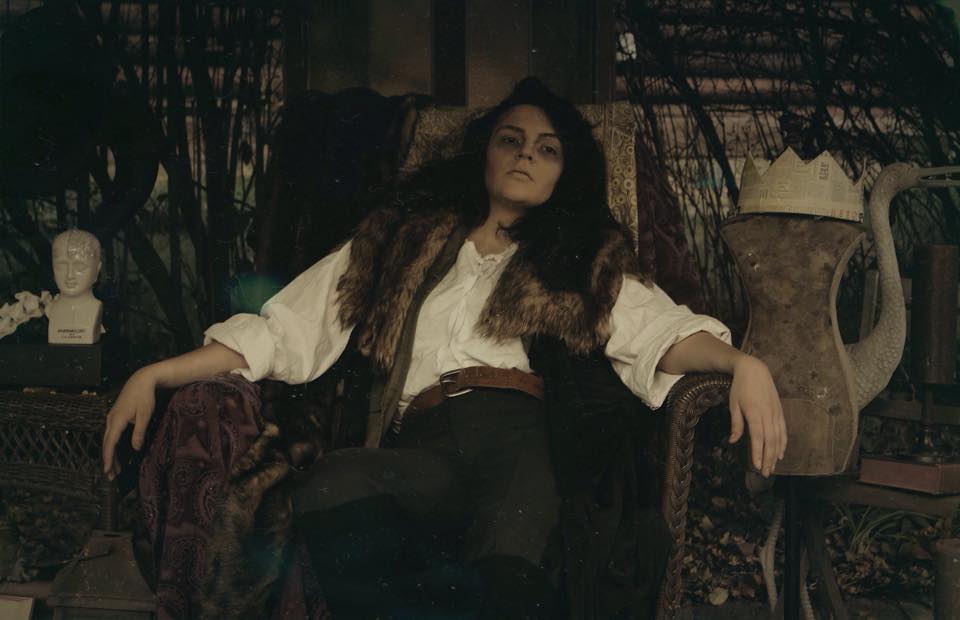