WEST VALLEY — “It was the music of something beginning.” That’s how Lynn Ahrens‘s lyrics describe ragtime, the first American music style that became popular internationally. Born in the communities of the Black post-Reconstruction diaspora, ragtime’s hypnotic syncopations took American and Europe by storm in the days before World War I. Although not often listened to today, ragtime’s legacy can be found today in jazz, rock, musical theatre (after all, Irving Berlin‘s first hit was “Alexander’s Ragtime Band”), pop, and rap. Thus, ragtime is the perfect metaphor for exploring American history of the same time—as the music defined a generation and influenced the nation forever, so did the events and cultural changes of America at the time. Exploring the metaphor is the premise behind Ragtime, the musical (with music by Stephen Flaherty, lyrics by Ahrens, and book by Terrence McNally, and adapted from the novel Ragtime by E. L. Doctorow), which explores three cultural groups in pre-World War I America: WASPs, immigrants, and Blacks.

In the play, the upper class White family is shaken up when the patriarch of the family goes on a polar expedition, leaving the mother in charge. She discovers an abandoned Black baby and takes the child and his mother in. Meanwhile the baby’s father, Coalhouse Walker (Carlton Bluford), tries to woo the mother, Sarah (Oyoyo Joi), back after a break in their relationship. Meanwhile, an Eastern European Jewish immigrant named Tateh (Kyle Olsen) tries to build a new life in his new country. Add in an assortment of minor characters, some with their own story arcs—such as Harry Houdini (Cameron Garner) and Evelyn Nesbit (Megan Yates)—and Ragtime becomes a musical that is densely packed with story.

It is because so much happens in the story that many of the lead characters actually have very little stage time. Nevertheless, Cecily Ellis-Bills took advantage of every moment she had to build her character, Mother. (Only one of the members of the upper class White family of the play has an actual name.) Her tender rendition of “Goodbye, My Love” effectively showed her character’s attachment to domestic family life and her husband. When Mother’s life is disrupted by her discovery of the baby, “What Kind of Woman?” was a subtle, but touching, window into the character’s inherently compassionate nature. Similarly, Joi capitalized on her character’s precious stage time to show Sarah as a conflicted, complex character through Joi’s powerful rendition of “Your Daddy’s Son” and her moving emotional changes during “New Music.” Joi also effectively connected with Bluford during “Wheels of a Dream,” one of the most stirring duets in the musical theatre canon. Because of the energy and care that Joi and Bluford invested into their scenes together, the tragedy that befalls them later became much more poignant.

Bluford, however, was emotionally lacking in many of his scenes as Coalhouse Walker, such as “Sarah Brown Eyes” (not helped by director Christopher Clark‘s odd choice to have the two dance apart from one another). I also had trouble believing that Coalhouse was truly frustrated and enraged at the injustices he encountered; Bluford’s subdued demeanor made Coalhouse appear merely inconvenienced. However, Bluford redeemed himself in my eyes with a inspiring rendition of “Make Them Hear You” at the end of the second act. Olsen’s portrayal of Tateh was nice, but the character seemed to come alive during “Buffalo Nickel, Photoplay, Inc.,” the character’s song in the second act, when he explains what has happened to him since the audience last saw him about twenty minutes before intermission. Olsen was engaging as he cavorted around the stage with more energy, showing a clue into the personality traits that helped Tateh overcome his trials. As Father, Dallyn Vail Bayles effectively showed the difficulties that some people have when dealing with changing times. Bayles was most effective in the scene before and during “New Music” and immediately before “Atlantic City.” Both scenes clearly showed the internal conflicts that Father faced, but neither scene was overwrought. I wish I could compliment Bayles more, but his character actually does very little in his other scenes, other than advance the plot. As far as the supporting cast goes, I was mostly satisfied with their performances. Garner was mysterious and as the legendary Harry Houdini, and his snippets of vocal music during “Atlantic City” and “Success” were pleasing to listen to. Finally, Yates was adorable as Evelyn Nesbit, a woman who was woefully ill equipped to handle her fame and noteriety.

Despite the strong performances in this cast, the real star of this production is the score. Ahrens and Flaherty wrote one of the most moving, powerful scores in musical theatre, and the Hale cast serves the music well. Kelly DeHaan’s music direction emphasized the soaring harmonies of the large group numbers like “New Music” and “‘Till We Reach That Day.” However, DeHaan did not neglect the tender emotional character songs like “Wheels of a Dream,” “Justice,” and “Our Children,” all of which were sung in distinctive styles that were faithful to the characters’ histories and personalities. The only deficit in the music came from Harry Bonner as Booker T. Washington, whose brief solos in “Coalhouse Demands” and “Look What You’ve Done” were clearly off pitch.

Moreover, Ragtime benefited from an expert team of designers, led by technical director Kacey Udy. Foremost among them, though, was the lighting designer, Brian Healy. Healy created enticing lighting designs for “Gliding,” “Buffalo Nickel Photoplay, Inc.,” a memorable rainstorm, and an explosion. His lighting also accentuated the pleasant period costumes (designed by Tamara Clayton), especially Mother’s green dress in the second act. Udy designed the sets, which are by definition minimalist, given the constraints of the Hale’s theatre in the round space. I liked the sets for their versatility, but Udy also introduced ornate touches to the New Rochelle house and the Morgan Library sets, which I appreciated.

Although I have said plenty of positive things about this production, there are a few things that bothered me about the performance I saw. One was the difficulty that many of the actors had in timing their dialogue with the underscoring (such as in the prologue, epilogue, and “Coalhouse Demands” songs), which either led to lines either being lost as music cues started or awkward pauses as actors waited for their prerecorded music cues to begin. Also, the ensemble lacked energy from the beginning of the production until “New Music.” Consequently, the prologue, “Getting Ready Rag,” “Henry Ford,” and “Success” were disappointingly mundane musical numbers (although the singing was quite good). Thankfully, the cast came out of their rut, and songs like “‘Till We Reach That Day” and “What a Game” were superbly executed. Finally, I thought that Clark overused the Hale’s famous rotating stage. Although it was appropriate in some scenes (like “Success” and “Journey On”), I found that the rotating parts were unnecessarily used in “He Wanted to Say” and “Coalhouse’s Soliloquy.” But none of the things I’ve mentioned in this paragraph should stop a reasonable audience member from enjoying the production, and Clark was excellent in helping the audience navigate the complex storyline of the musical.

Ragtime is the story of America emerging from its adolescence and unwittingly pursuing its destiny at the dawn of the 20th century. It’s an important tale, and the West Valley Hale has certainly done justice to Doctorow’s novel. The magnificent score, the strong performances, and gorgeous technical work would each justify the cost of admission. The fact that all are included in one ticket is a true artistic treat. 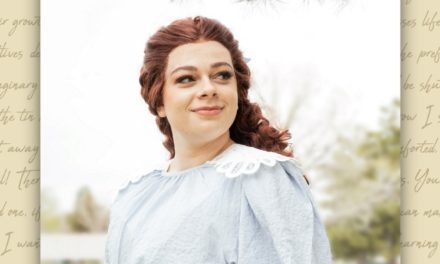 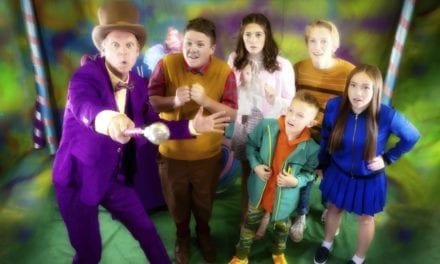 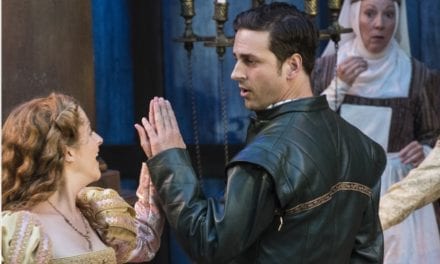