SALT LAKE CITY — Arthur Miller’s Death of a Salesman is widely recognized as classic American drama, as evidenced by its laurels—among them the 1949 Pulitzer for Drama plus an armful of Tony awards for the original production and its Broadway revivals. In addition, its text is studied in English classes regularly as a significant piece of American literature.

The play follows Willy Loman, a salesman and “everyman” character whose mind is currently split between a disappointing reality and a glorious imagined past. Willy is pushed to his instability by his perceived failures as his wife, Linda, and two sons, Biff and Happy, try to cope with Willy’s disillusionment. It is the story of an average man’s downfall and the effect that fall has on those around him. It is also the story of a family struggling with the effects of blind and destructive pride, among other themes.

Taking on such a mighty script is no small task, but the Grand Theatre proved up to the challenge. With director Mark Fossen at the reigns, the Grand’s Death of a Salesman was executed with depth and professionalism, from the acting to the behind-the-scenes technical elements.

Without any doubt, Richard Edward Scott as Willy Loman is the highlight of the show. Scott’s portrayal of Willy is so nuanced, vibrant, and consistent that within the first few scenes of the play Willy feels like a real person, not a character being played on a stage. During difficult scenes in which Willy is half-in and half-out of reality, Scott balances both sides like a master juggler, delivering tension and humor often in the same breath. Watching Willy’s downfall truly is tragic and heartbreaking, but Scott does justice to the character, making the painful process a cathartic experience for the audience, rather than just depressing. Though there were many, one stand-out moment for Scott was the scene in which Willy meets with his boss, Howard (JayC Stoddard). Willy enters the scene as humble and penitent, but as he is essentially ignored and dismissed by Howard, Willy becomes frustrated, annoyed, and eventually infuriated to the point where he begins to lose his grip on reality. Scott explores so many emotions in this scene—embarrassment, pride, desperation, anger—and he rides the emotional journey well.

The rest of the Loman family, Linda (Anita Booher), Happy (Rusty Bringhurst), and Biff (Daniel Beecher) all play their parts exceptionally well. Booher is a lovely foil as Linda—the ever-present, often-ignored, yet still constant wife to Willy and mom to the boys. Booher’s finest moments are in addressing her sons, particularly during the famous speech in which she proclaims that “attention must be finally paid to such a person” [Willy]. Her final moments in the play are also delivered powerfully and provide a solid close to the show.

Bringhurst’s Happy was the comic relief often needed in the show, but he still maintained a serious undertone. Bringhurst and Beecher had great chemistry together and played off each other well, presenting a believable relationship between the two brothers. Beecher’s Biff was emotional, dramatic, and petulant, a great portrayal of the golden-boy-gone-wrong.

Besides the Loman family, the acting was consistently impressive. Notable performances include Stein Erickson’s Bernard—who was delightfully nerdy but also down-to-earth and relatable, all depending on the timbre of the scene. Bernard’s father, Charley, is also well performed by David Hanson. Hanson’s Charley is the most solid character in the play in the sense that he seems to be the most rooted in reality. Hanson does a lovely job playing a Charley who is sarcastic and funny but also likeable and kind towards Willy.

Technically, director Mark Fossen made the wise decision to keep things simple so the focus could remain on the acting. The material of this play is admittedly heavy; it is a show that is not meant to merely entertain, but is one which makes you think and feel, if you let it. The stage design (by Keven Myhre) was thus simple—the wooden outline of a house, with a kitchen, a master bedroom to the side, and a working upstairs for the boys’ room. The lighting (by Jeff Sturgis) was also uncomplicated, just a fully lit stage most of the time or spotlights for focus in a scene. The costumes (by Amanda Reiser) were straight-forward and fitting with the 1948 setting. Despite their simplicity, however, all of the technical aspects worked together well to create the world of the play.

Though the show is serious and lives up to its dramatic genre, the Grand’s production of A Death of a Salesman is acting at its finest. Throughout the performance, there were moments of utter stillness from the audience as we all seemed to be totally engulfed in the scene. This silence in and of itself is evidence of the artistry of this production. Though I enjoy a good night of (usually musical) fluff every now and then, this piece—though meaty—was worth the effort and stays with me still. Audience members who want a stimulating night of classic theater shouldn’t miss this play.

Death of a Salesman plays at the Grand Theater (1575 S. State Street, Salt Lake City) Wednesdays through Saturdays (except March 20) at 7:30 PM, with 2 PM Saturday matinees, through March 23. Tickets are $10-24. For more information, visit the-grand.org. 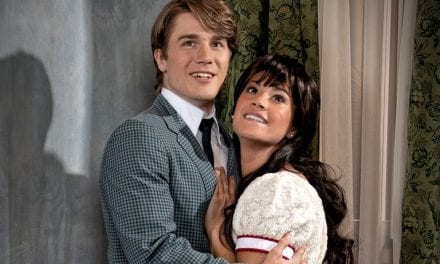 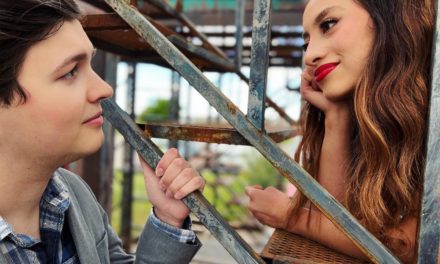 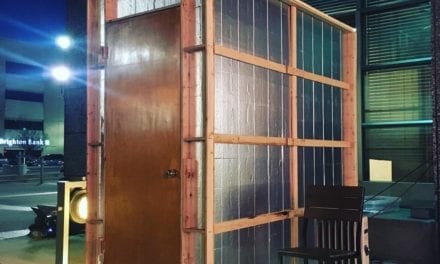