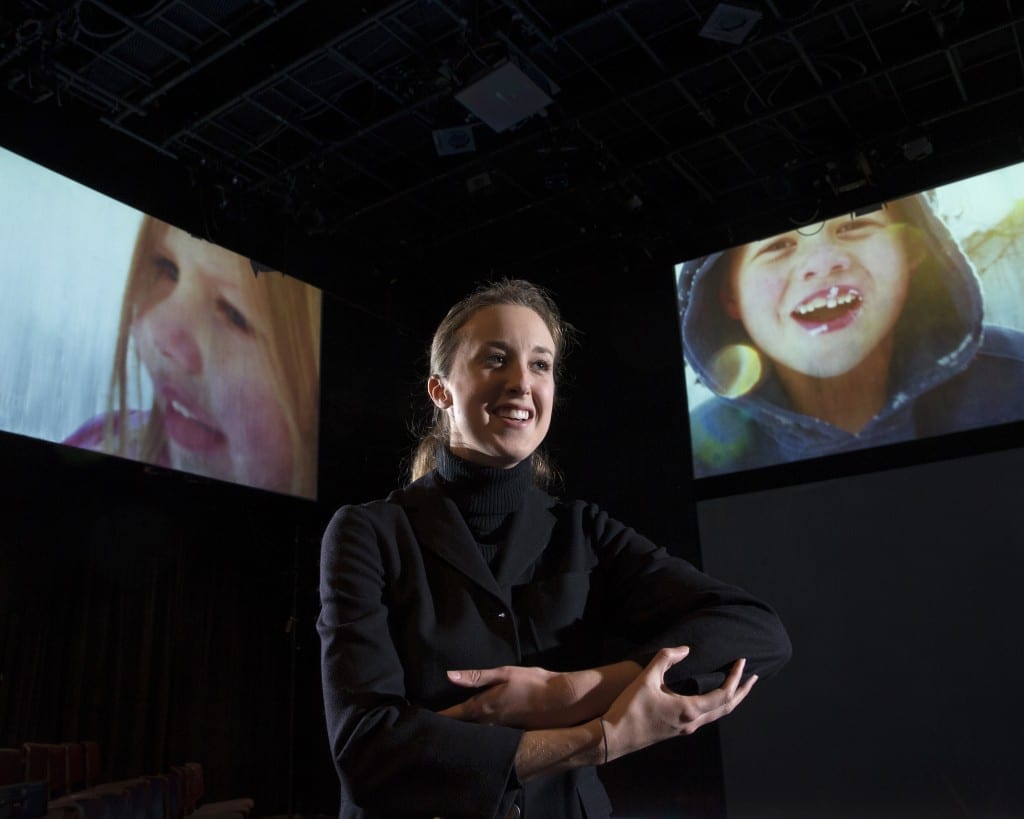 PROVO — It’s always refreshing for me when I get to walk into a show that I know nothing about and just go along for the ride. BYU’s The Cleverest Thief and selections from Gone Missing was one of those experiences, and although it loses momentum as the piece progresses, I found myself drawn in to the worlds of this production. I say worlds in the plural, because what this evening provided was actually two separate plays. The first being selections from Gone Missing, a devised piece created by The Civilians theatre company in New York in conjunction with playwright Steven Cosson. The group wanted to explore themes of loss after the incidents of September 11th in a way that shied away from being too exploitative or indulgent. They did this by interviewing citizens of New York and asking them their thoughts on loss in general. Their replies are what make up this piece, ranging from the abstract to the specific, and from both stories of things lost and things found. The play never tries to connect the stories together in any way other than theme or feeling, and are simply reincarnations of the stories gathered by the interviewers.

The second production of the evening is called The Cleverest Thief was created by the cast in response to working with associate artist Emily Ackerman of The Civilians who came to BYU and worked with the class that eventually became the cast and crew for this show. These students went out to Utah Valley and asked them the same thing as The Civilians did, to talk about loss. They then compiled the interviews, found the ones that had similar themes, looked at ways to emphasize the physicality or vocal qualities of the original tellers, and brought it to the audience.

Both productions worked very well in performance and design, and though minimal in approach, were very effective. The cast, who played multiple people, were great at creating individual characters for each story. Accents were used well, physicality was organic, and attention to detail in personal idiosyncrasies made the characters feel three dimensional. It In fact, the only complaint I had about the performance itself was that even though the actors were literally feet away from me, I had a hard time hearing them, especially whenever the piano was played. A social worker (Ali Kinkade) explains how she lost herself and then found peace.

The design for the production was great as well. It consisted of huge screens that showed projections throughout the production. I was worried that the projections would seem invasive or gimmicky, but they blended it into the stories seamlessly. There was a great story of a woman talking about her rebellious past and every time she would fan out her giant white dress, they would project images that matched her story. Another story of a man who was losing his words used the screens to surround him with definitions that would drop all around him. I loved how director Lindsay Livingston’s choices like these were creative and naturally worked with the flow of both shows.

So did it work? That’s the big question. Devised theatre is risky, it can seem vague, and when done poorly can put people off. What both of these shows have going for them is that because they are based in true stories and universal themes, they connected to my own experiences. Loss is something that everyone deals with, and it’s a brilliant concept in creating a show that tries to tie audiences together especially in Gone Missing, which was created during a time when New Yorkers were trying to come to terms with what community actually means.

That being said, however, I thought this production landed itself in a little bit of an unexpected Catch-22 by showing both productions in one evening. Gone Missing was the first production of the evening, and I felt like it’s purpose was to create an emotional landscape that showed that loss was universal and that everyone is united by it. That is a great message on it’s own, but I felt like it was weakened by showing The Cleverest Thief. It too showed that people of Utah Valley handle loss in their own way, but by tagging it on at the end of the evening, the last play seemed to water down the first. A woman (Amber Richardson) tells the story of her losing her hearing and of finding joy in being a mother.

What seemed to be a lack of variety in The Cleverest Thief. While Gone Missing showed stories from people of all ages, races, and social situations, The Cleverest Thief was mostly about praying about lost items or finding an eternal companion. While these are part of my beliefs and I respect the utmost respect for those ideas, I just felt like whereas the first play was opening up a world to me and showing I was not alone, the second play felt like it needed to reach a more varied demographic. Nevertheless, this portion of the evening had great stories. There was a story about a young woman learning to play “Claire de Lune” for her grandfather, which I thought was very touching. I also really loved the story of a deaf mother raising her children. I just felt there weren’t enough of these stories, and a little too many stories that felt to me like they reflected “BYU culture” as opposed to the Utah Valley culture that they said they were trying to capture.

Now, I say this is a bit of a Catch-22 because I know as well that this was created under an educational setting. The purpose of this event was for the students to create a devised piece, and the finished product did deserve to be shown. At the same time, showing Gone Missing was needed to set up where the process of creating this production started off. So, I’m not sure how to solve what bothered me. Overall The Cleverest Thief was a great production. I just think both productions would have benefitted to be shown separately.

My place, however, as a reviewer is not to tell those involved with this production how to do their job, nor do I need to. Despite a loss of momentum in the second half, this was an evening that I found quite touching. It opened up the conversation on a topic that people usually keep to themselves, and made me realize that maybe the things people go through in life are beautiful in their own rights, and more relateable than I may have realized.

Gone Missing and The Cleverest Thief play nightly through March 9 at 7:30 PM and on March 9 at 2 PM in the Margetts Theatre in the Harris Fine Arts Center on the campus of Brigham Young University. Tickets are $7-14. For more information, visit www.byuarts.com. 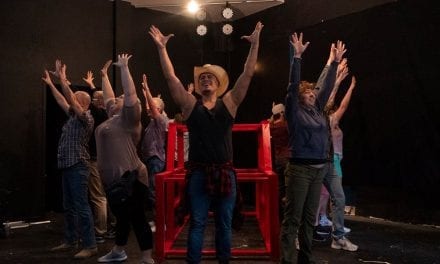 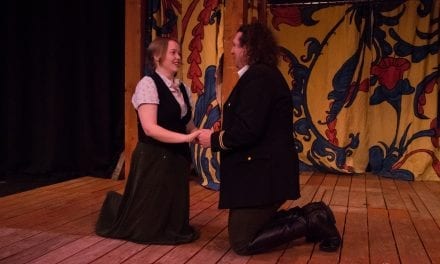 MAMMA MIA! at AFCT is more spectacle than story