PROVO — The holidays are here, and BYU’s latest production has everything you need to get into a holiday mindset. White Christmas tells the story of song-and-dance men Bob Wallace and Phil Davis who follow sister performers Betty and Judy Haynes to Vermont one winter. There they find the commanding general from their war days and set out to save his failing inn, all the while learning some important life lessons.

The cast of White Christmas had some big shoes to fill, those of legends Bing Crosby, Danny Kaye, Rosemary Clooney, Vera-Ellen, and the cast of the iconic 1954 film of the same name. Christopher Brand as Bob Wallace and Michael Milkanin as Phil Davis created a talented duo. Brand definitely had the voice of Bob Wallace, but his character could have used a little personality. Milkanin, on the other hand, was bursting with personality and a wide-eyed love for the world — especially showbiz and girls. It was no secret why every girl on stage flirted with Phil Davis; he had charisma, wit, and talent coming out of his ears. I have to say, though, that I fell for Bob in “Count Your Blessings Instead of Sheep,” one of the sweetest moments in the show. The “Sisters” reprise was the absolute most personality we saw from Bob and Phil. I wish we could have seen that much love for performing from both actors through the entire show. The Haynes Sisters–Brittany Worley as Betty and Kate Bailey as Judy–were charming, beautiful, and by far talented enough to have an act of their own. Their duets had wonderful balance and control; I especially loved “Sisters” and “Falling Out of Love Can be Fun.”

And this brings me to the surprise stand-out performances. Jennifer Stewart and Carson Wright gave their all and brought the house down with their renditions of Martha Watson and Ezekiel Foster. Stewart first caught our attention with her charming, sassy matron of the Vermont inn and then blew us away with her big number, “Let Me Sing and I’m Happy.” She commanded the stage like no one else could and proved her character was a force to be reckoned with. On the other end of the spectrum, with minimal movement and a single word, Wright’s Ezekiel captured the audience’s attention each time he walked on stage. Wright would walk on stage, and we were instantly on the edge of our seats waiting for his carefully annunciated, “Yup.” Loved it.

White Christmas is full of memorable songs, each performed beautifully by the BYU cast. Unfortunately, music and vocals weren’t always balanced, and it was hard to hear some of the voices–most notably in Worley’s “Love, You Didn’t Do Right By Me,” which was also overshadowed by awkwardly executed choreography. Some of the choreography looked rather unpolished, but I did see the final dress rehearsal. The dancing will naturally improve as the run goes on.

Janet Swenson‘s costumes and Janell Turley‘s hair and makeup design helped bring to life the 1952 world where Eric Fielding‘s minimalist scenic design couldn’t. The set allowed us to focus on the characters and imagine much of the White Christmas world, but some moments, the last scene in particular, were left rather cold and empty. Projections reminiscent of holiday postcards brought life to a few scenes, but usually it was the musicality and George Nelson‘s direction that made up emotionally for the visually uninteresting scenes.

White Christmas at BYU was a real treat, though. I would recommend it to any and all. It’s a wonderful production for the entire family, especially if you’ve got a craving for the Christmas spirit! Many a song had me smiling and holding back tears as I thought of being home for Christmas, of the incredible sacrifices of our country’s military, and of the pure and simple magic of sharing a white Christmas with those you love. 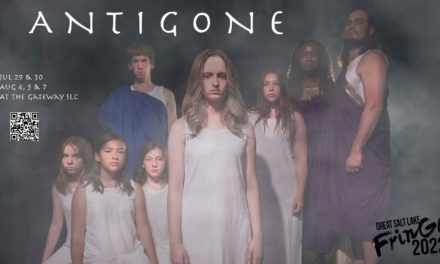 A simple and effective ANTIGONE at Great Salt Lake Fringe 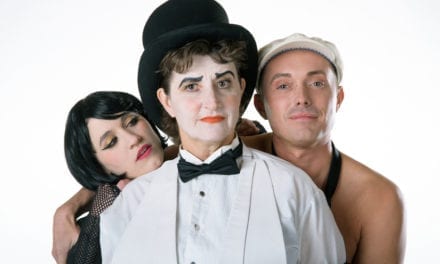